Honda announces Lorenzo alongside Marquez for 2019-20 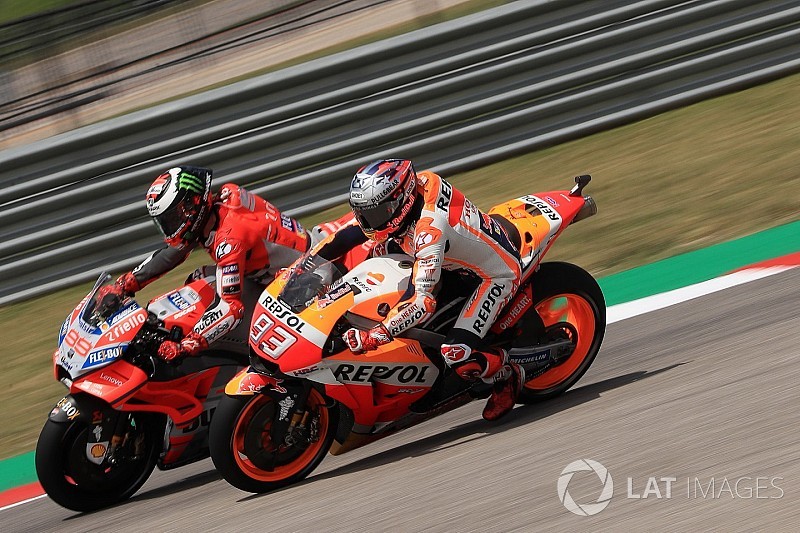 The Repsol Honda MotoGP team has announced Jorge Lorenzo will join Marc Marquez at the outfit for the 2019 and 2020 seasons.

As reported previously by Motorsport.com, Honda has settled on 31-year-old three-time champion Lorenzo as the replacement for Dani Pedrosa, who will leave the team after 13 seasons.

Lorenzo rode a Honda 250cc bike back in 2005, his first season in the intermediate class, which he finished in fifth place in the standings.

He joined Ducati last year, but results proved hard to come by and he took until last weekend's Italian Grand Prix in Mugello to claim his first win on the Desmosedici bike.

The victory, which came after a particularly difficult start to his season, lifted Lorenzo to 10th in the standing on 41 points, 54 behind current his future teammate and current championship leader Marquez.

"From 2019, Lorenzo will become teammate to four-times MotoGP world champion Marc Marquez: two great champions with great talent and high hopes that will make a stronger team and contribute to the development of HRC [Honda Racing Corporation]," read the team's statement.

The announcement of Lorenzo's deal with Honda leaves just three factory seats yet to be formally filled for the 2019-20 contract cycle.

Suzuki, which pursued Lorenzo earlier in the season, is poised to finalise an agreement with Moto2 rookie Joan Mir to replace Andrea Iannone, who has instead been tipped to take over Scott Redding's Aprilia ride.

As for Ducati, it will call up Pramac's Danilo Petrucci to partner Andrea Dovizioso in an all-Italian line-up.

Italics: Not yet confirmed