Granado misses out on MotoGP debut as Rabat stand-in 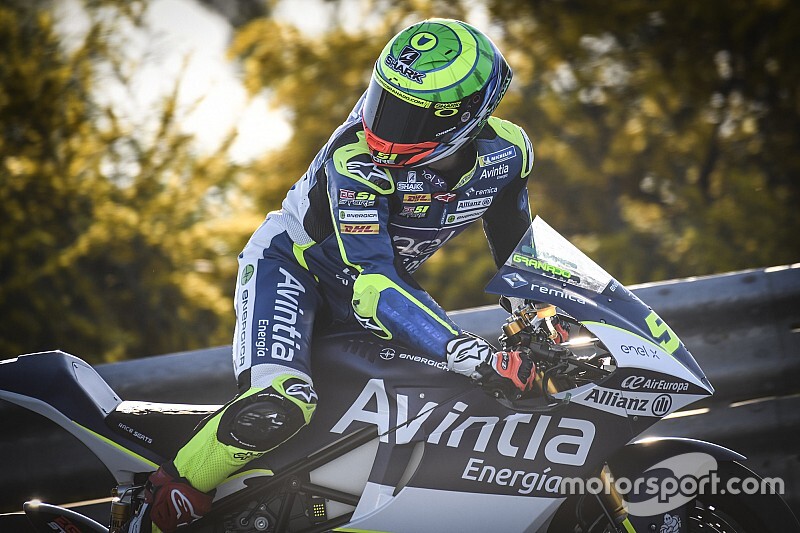 Brazilian rider Eric Granado has missed out on making his MotoGP debut in the Malaysian Grand Prix after Avintia planned to draft him in to replace the injured Tito Rabat.

Rabat injured his right hand in a training incident in the lead-up to Motegi, which led to him skipping both qualifying and the race in Japan, where he had already picked up a penalty for exceeding the number of engines allowed during a season.

He rode during the Australian GP weekend a week later but pitted just three laps into the race, still far from being 100 percent fit. Rabat has now opted to sit out Malaysia as well in an attempt to recover for the Valencia season finale.

Avintia has revealed that it tried to replace Rabat with Granado, who "did a long journey of more than 40 hours" to get to Malaysia in time.

But Granado was ultimately prevented from making his MotoGP debut by a multitude of reasons, including Ducati not being convinced that he has sufficient relevant experience.

Granado first appeared in the grand prix paddock in Moto2 in 2012, and followed that with two seasons in Moto3. After a one-race Moto2 cameo in 2017, Granado returned to the series full-time last year, only to leave his Forward team 10 rounds into the season, having not scored any points.

For 2019, Granado signed with Avintia in MotoE, where the Brazilian is currently 14th in the standings with the best result of sixth.

While Granado won't ride at Sepang, Avintia has announced that he will continue in MotoE in 2020, as the team sees him as a "future candidate" and wants to eventually take him to MotoGP.

"I am very happy to continue with Avintia for another year," Granado said.

"I quite liked the work we have done in MotoE and, although for some reasons we did not get the results, I am sure that next year we will have a great season.

"I also want to thank that they trusted me to come to Malaysia, I hope to have another opportunity shortly to work with the MotoGP team and grow as a rider within the team for the next few years."