Gardner has got to MotoGP ‘the hard way’ – Miller

Ducati MotoGP rider Jack Miller says fellow Australian Remy Gardner “had to do the hard yards” to earn his premier class debut with Tech 3 KTM in 2022.

Current Moto2 points leader Gardner – son of 1987 500cc world champion Wayne Gardner – was announced by KTM on Wednesday as having signed a deal to step up to MotoGP next year with Tech 3.

Gardner previously raced with Herve Poncharal’s squad in Moto2, though only scored three top 10 results across the 2017 and 2018 seasons on the Mistral 610 chassis.

The Australian struggled in his debut grand prix season in Moto3 in 2015, scoring points just once on a Mahindra before being forced to return to the CEV Repsol series in the Moto2 class.

Winning a race in 2016, Gardner was drafted in at Tasca Racing for the rest of 2016 before moving to Tech 3.

A move to SAG Racing on a Kalex frame in 2019 yielded his first podium, and a year later he won his first grand prix in Portugal before stepping over to the KTM-backed Ajo squad.

“It’s mega. Unreal for him. I’m over the moon,” Miller said of Gardner’s Tech 3 news ahead of this weekend’s Catalan GP.

“He’s had to do the hard yards, going to Moto3 and then having to go back to Spanish Championship in Moto2 and then with Tech 3 [in the Moto2 World Championship] and then working his way up to eventually to be able to get his chance next year in MotoGP is a massive breakthrough for him I think.

“I think the biggest thing for him now that’s all settled is he can focus on trying to wrap up the championship in Moto2 and come up as world champion.

“That would be good for him, but I mean it’s fantastic news for Australia to have another guy they can watch.” 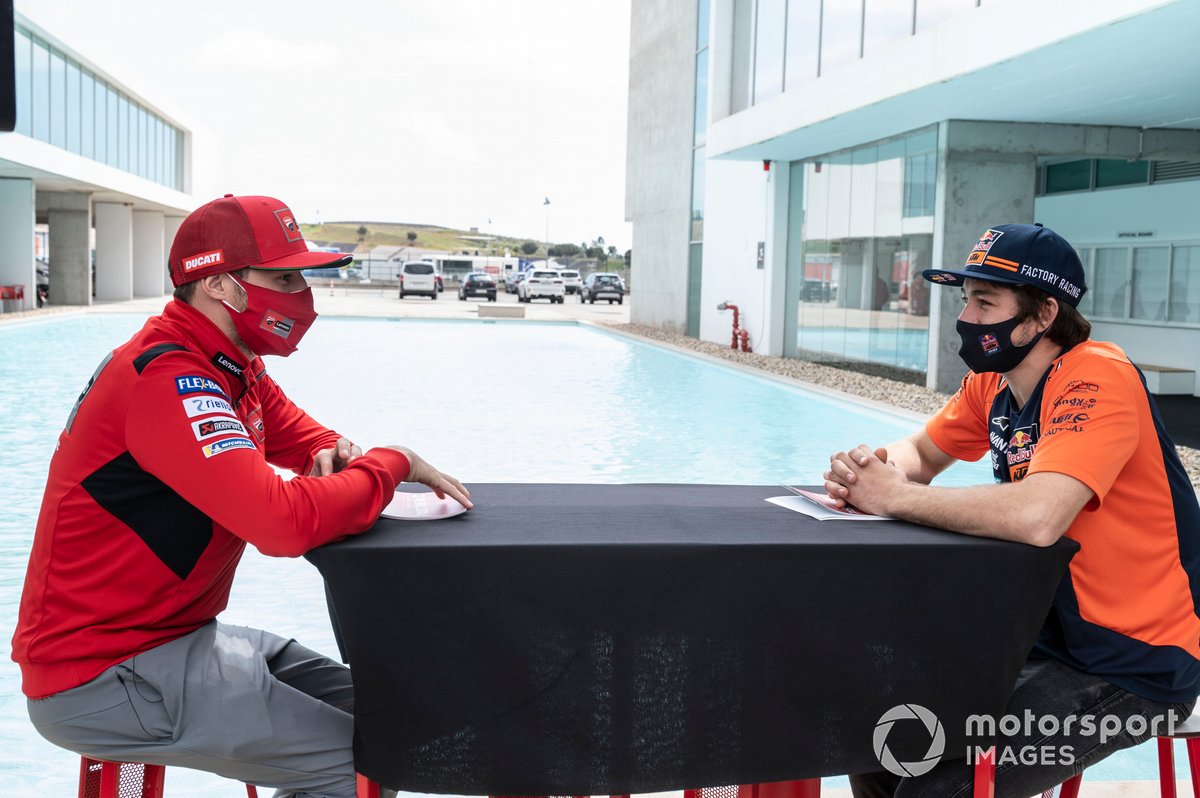 Gardner, who won last time out at Mugello in Moto2, believes his ‘unconventional’ route to MotoGP has ultimately hardened him as a rider.

“I don’t think I’ve had the most conventional way through the GPs,” he said.

“For sure I’ve had a lot of hard years. In Moto3 it was horrible, I only scored points one time in the whole year.

“In Moto2, probably didn’t have the same equipment as the other guys at that time and it was tough for me.

“I think in the end those tough years probably made me strong on the bike mentally and physically. I guess that all adds up in the end.

“Then when I did have the equipment back in 2019 I honestly wasn’t ready to win races yet because I was just making mistakes all the time, but it was my first year running at the front.

“So, it was kind of a new experience for me and in 2020 I kind of working on myself, worked with my team and in the last part of 2020 we worked well to carry that on onto this year.

“For sure it hasn’t been easy but I’ve finally made it to the big class.”

Petrucci "can't be sad" if 2021 is his final MotoGP season