Motorsport.com looks back on the racing life of MotoGP rider Marco Simoncelli, whose promising career was tragically cut short on this day at Sepang in 2011. 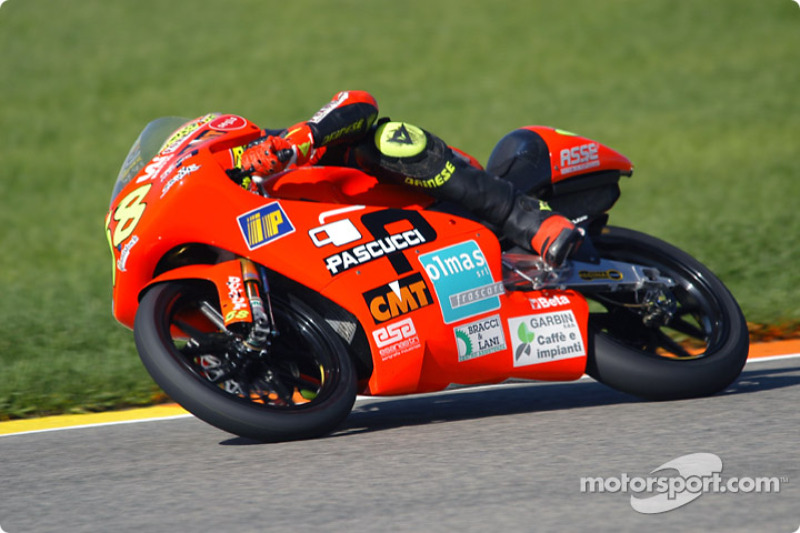 Marco Simoncelli made his World Championship debut at Brno in 2002 at the age of just 15. He did his first full season in the 125cc class in 2003 (pictured), and took his first win at Jerez the following year. He placed fifth in the championship in his fourth and final season in the lightweight class in 2005, Thomas Luthi being crowned that year's 125cc champion.
2006-2009: Stepping up to 250cc with Gilera 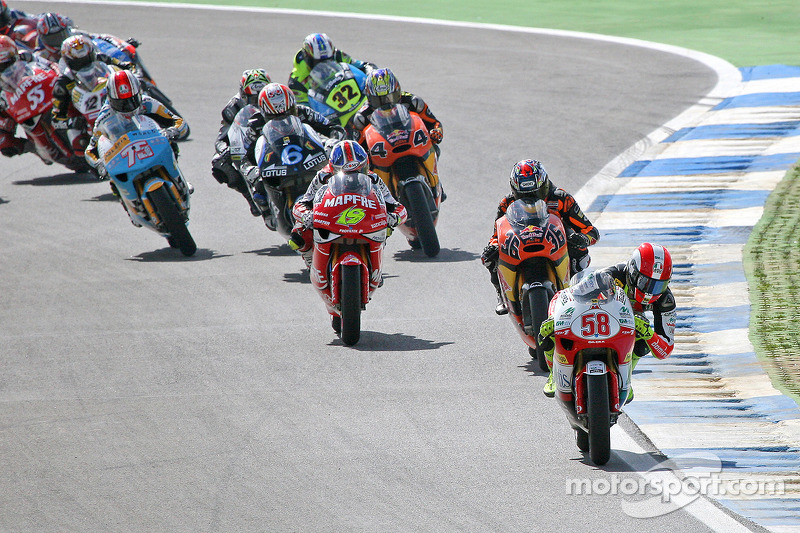 Moving up to the 250cc class with Gilera, Simoncelli became a force to be reckoned with after two learning years in the intermediate class. Along with main rivals Alvaro Bautista and Mika Kallio (pictured), Simoncelli was one of the main title protagonists in 2008, winning six Grands Prix.
2008: Crowned World Champion 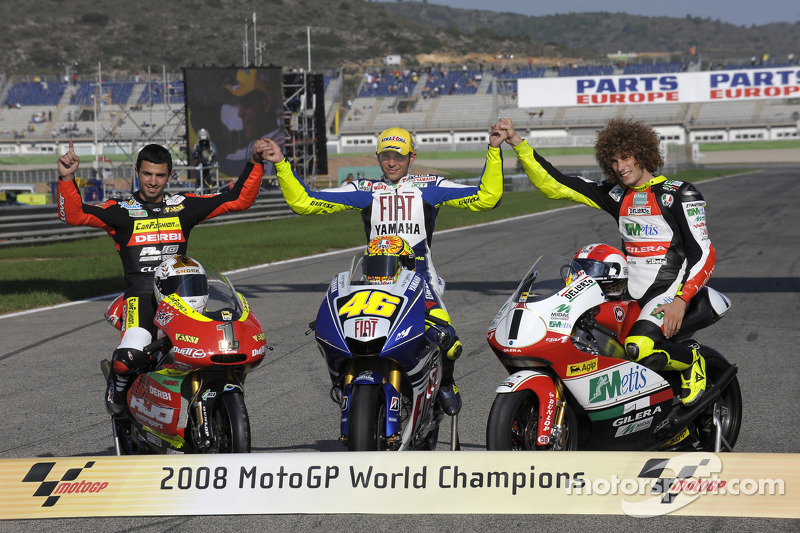 That was enough for Simoncelli to seal that year's title by 37 points from Bautista. Here, he's pictured with MotoGP champion Valentino Rossi and 125cc victor Mike di Meglio.
2009: Testing a MotoGP bike 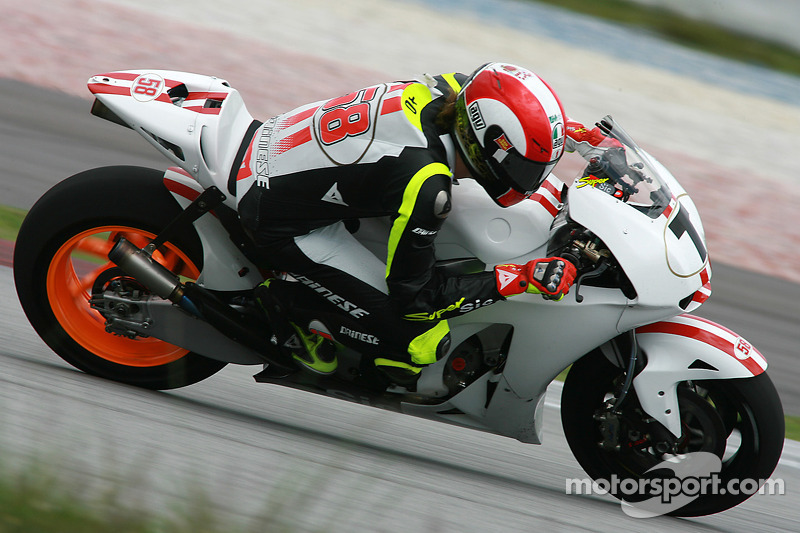 After coming third behind Hiroshi Aoyama and Hector Barbera in 2009, the final ever season of the 250cc class, Simoncelli got his first taste of MotoGP machinery. Here, he's pictured aboard a Honda RC212V in December at Sepang.
2010: Starting his first MotoGP race 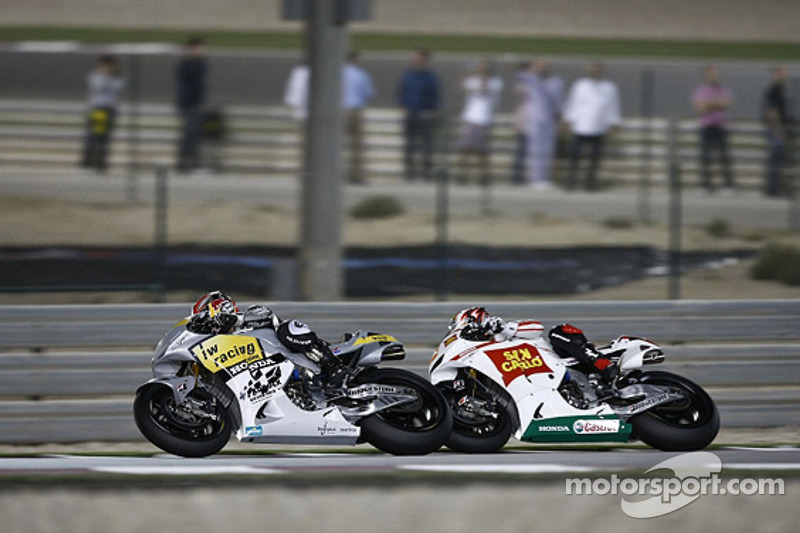 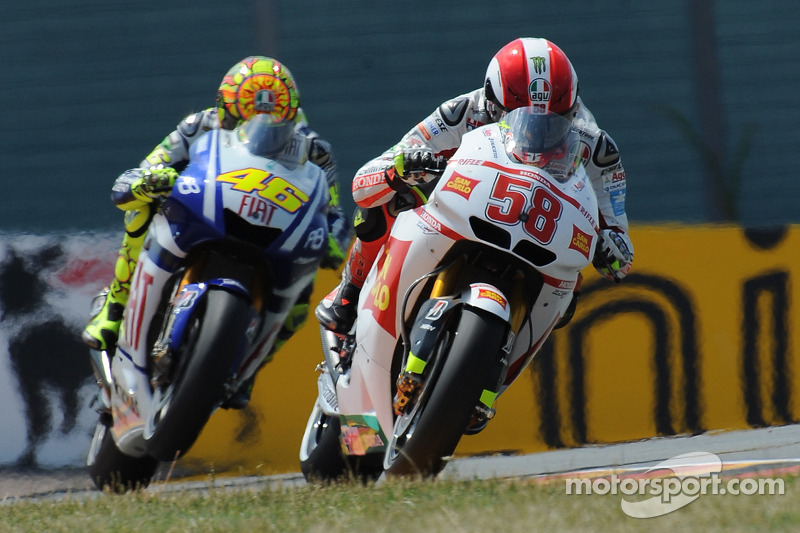 2010 marked the first time Simoncelli would share the track with fellow countryman Valentino Rossi, who came to be regarded as a surrogate elder brother to the younger Italian.
2010: Finishing fourth at Estoril 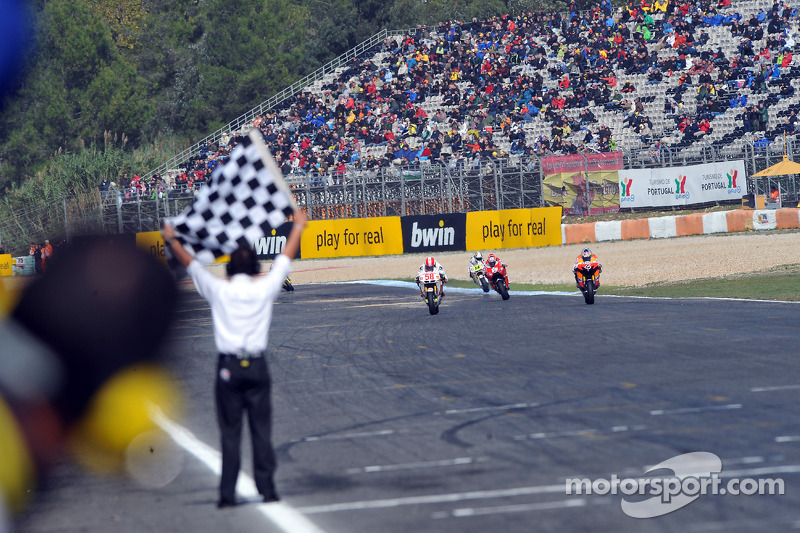 Simoncelli's best finish of the year came at Estoril, where he took fourth behind Jorge Lorenzo, Rossi and Andrea Dovizioso. He finished the year eighth in the championship on 125 points.
2011: Getting a factory Honda 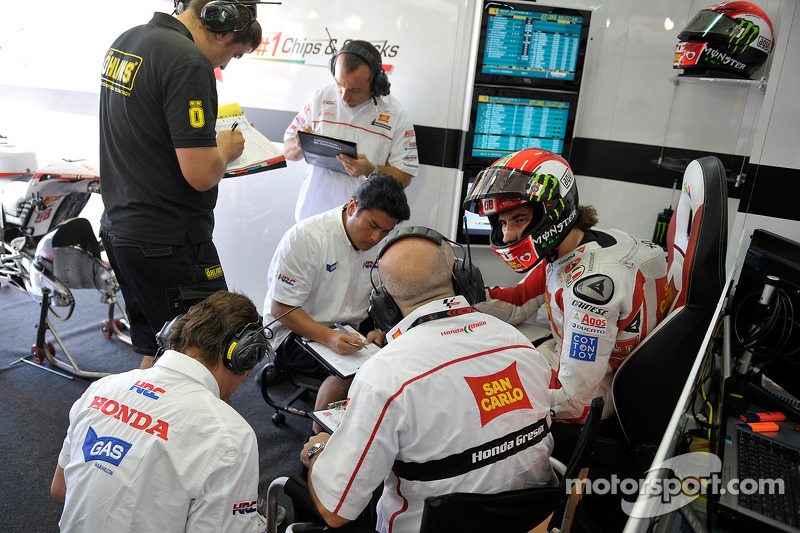 The following season, Simoncelli remained with the Gresini squad but obtained works blessing from Honda, helping him to fight the Japanese marque's trio of official factory riders more regularly.
2011: Ruffling feathers among his rivals 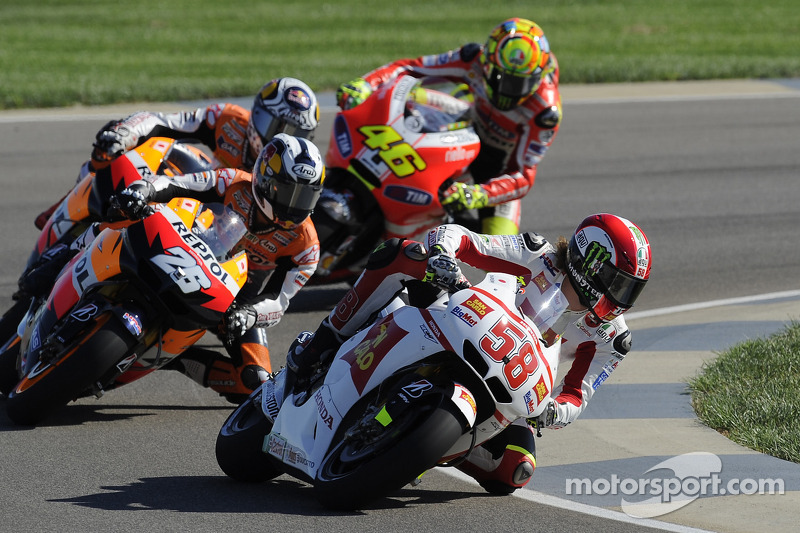 The first part of the 2011 season didn't run smoothly however, with several of his rivals - including Lorenzo and Dani Pedrosa - criticising Simoncelli for displaying too much aggression on track,
2011: Taking a first MotoGP podium 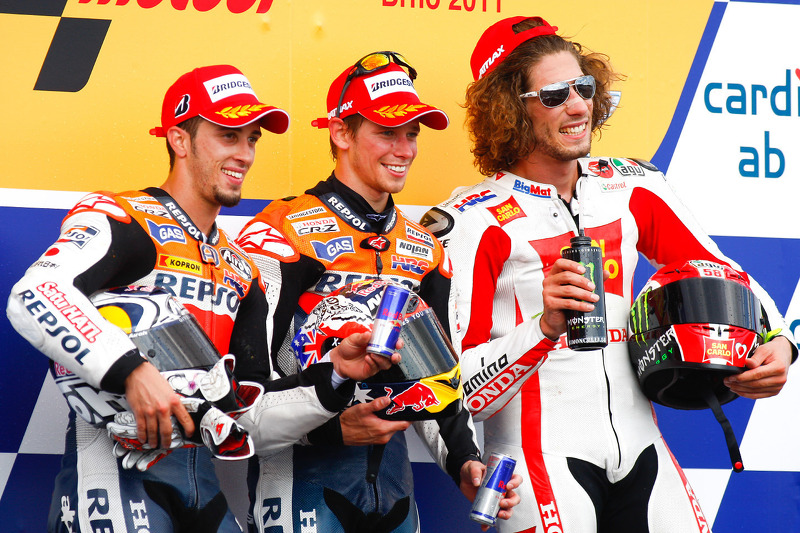 Simoncelli's first premier class podium came later in the season at Brno, where the Italian finished behind Repsol Honda riders Casey Stoner and Dovizioso.
2011: Securing his best ever-finish down under 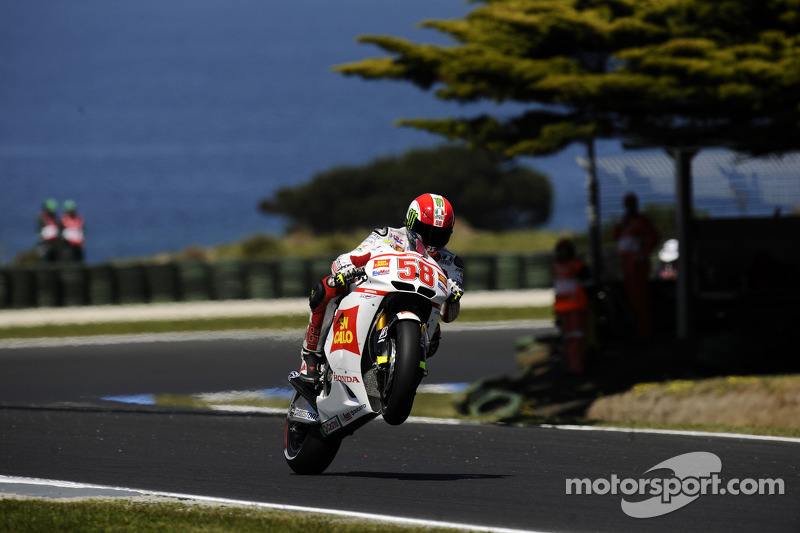 Simoncelli went one better in what would prove to be the last MotoGP race he ever finished, beating Dovizioso to second place behind home hero Stoner at Phillip Island.
2011: Arriving at Sepang 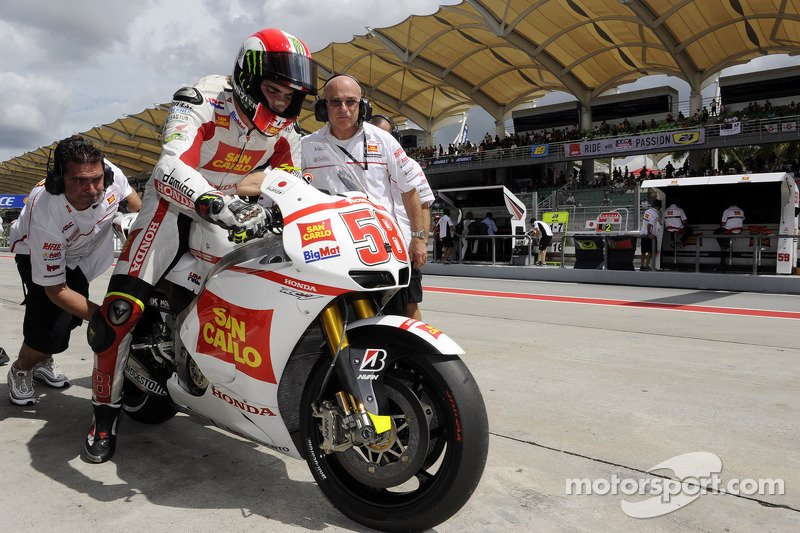 Off the back of his best ever finish, Simoncelli returned to the circuit where he clinched his 250cc title three years earlier for what would tragically be his 34th and final MotoGP start.
2011: Final qualifying 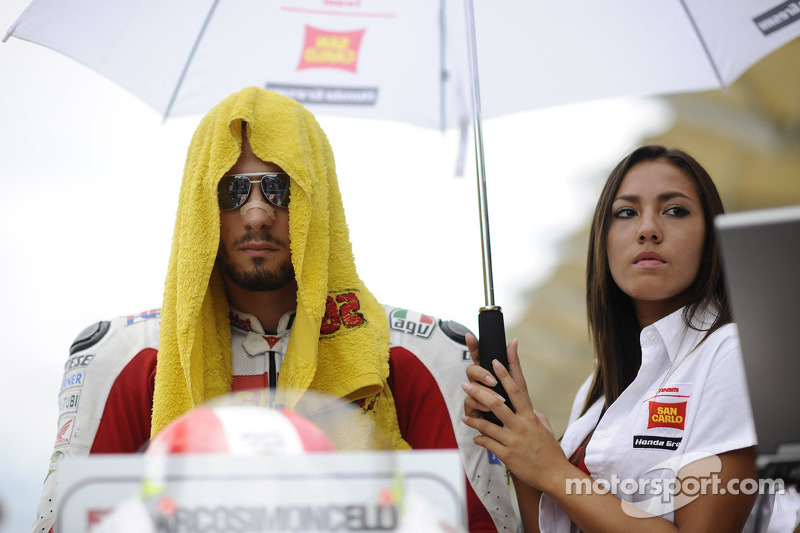 Fifth place on the grid at Sepang maintained Simoncelli's strong qualifying form, the Italian only once missing out on a place within the first two rows throughout 2011.
2011: Tragic accident 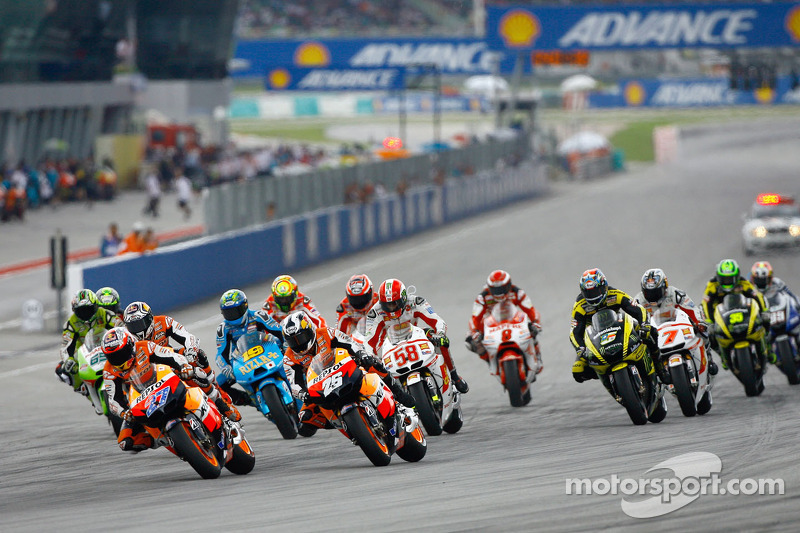 Simoncelli perished after a second-lap incident in the 2011 Malaysian Grand Prix. He was 24.
2011: Remembering Marco 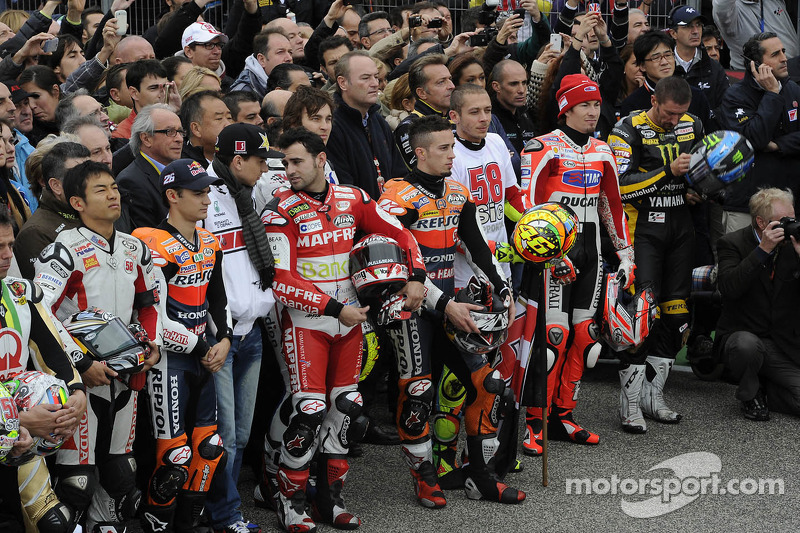 Ducati hints at Vinales interest for 2021