Aprilia rider Aleix Espargaro believes MotoGP's “super stressful” current calendar is not sustainable, as he predicts riders won't be able to emulate Valentino Rossi in stretching their careers to their 40s.

The yearly premier-class schedule had been made up of between 16 and 18 races through all of Rossi's career, but MotoGP has made the move to 19 rounds this year – and is now looking to ensure a 20-race calendar for 2019.

“The calendar is very tight, super-stressful,” Espargaro said. “I don’t think many people can keep living this calendar.

“Even if next year we race more, I think what Valentino is doing will be impossible in future, no way can you race to 40 years.”

Espargaro, like Rossi, was among several MotoGP riders to call for a longer mid-season recess after the series reconvened from a three-week break in Brno last weekend.

He stressed that the number of races was not the problem, insisting instead: “We have to organise better the calendar. The calendar is a complete disaster.

“The factory riders in MotoGP are lucky, because we can arrive late at the track, we have motorhomes.

“But my friend who drives my motorhome left [his home] one week before. He stayed in his home two weeks in the last six months.

“It’s crazy. Nobody in this life can do this job for many times.

“Back-to-back races are no problem. If you have three, four months of super-full schedule, it’s our job, no problem.

“But you need some rest during the middle of the season, if you have some injuries, to have some treatment, for the mechanics to disconnect… for everybody, we need to have a longer summer break.

“Less than three [weekends] is bulls**t.”

Espargaro's own rest period was impacted by an injury sustained at the Sachsenring that forced the Spaniard – who recently became a father – to spend almost a week in hospital.

“I had a big crash in Germany and I just stayed six days with my family. Now we race here [at Brno], test, race Austria, then we go to Misano [for a] three-day test, then we race again…

“I think in the next 39 days, I sleep in my home six. At least you need three, four weeks rest, minimum three.”

The Aprilia rider was optimistic that series promoter Dorna would be able to extend the summer break in 2019 despite a likely increase in the number of races.

“I know for them also it’s not easy, because every track is pushing for one [particular] weekend, they [Dorna] have to play Tetris, so it’s not easy.

“But they know for next season and I think they will change a little bit.“ 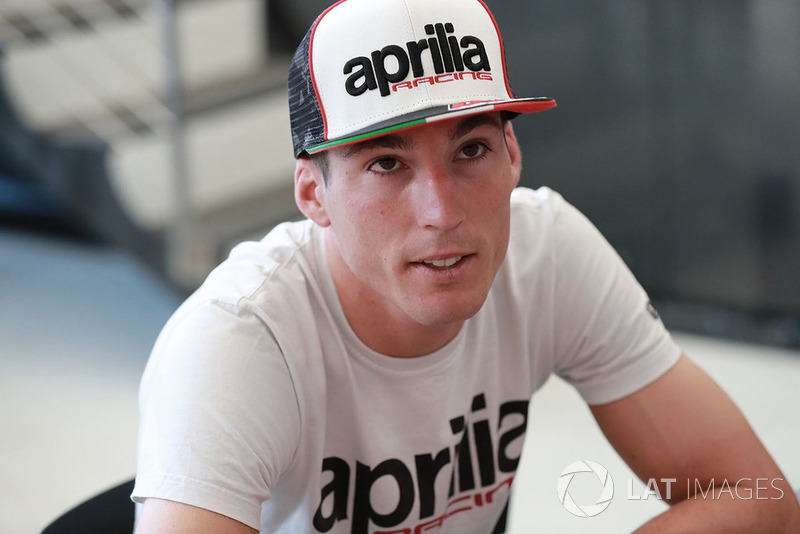 The most striking difference between F1 and MotoGP

Championship leader Fabio Quartararo says his MotoGP Japanese Grand Prix was “frustrating” because he “cannot overtake at all” on his Yamaha after finishing eighth.

Ducati’s Francesco Bagnaia says he crashed out of the last lap of the MotoGP Japanese Grand Prix trying to overtake points leader Fabio Quartararo because he was “too ambitious”.

Aleix Espargaro says his Aprilia team forgetting to switch from an ‘eco’ engine map before the MotoGP Japanese Grand Prix forced him into his pre-start bike swap.