Espargaro passed Rossi "like he was stopped" in practice

Pol Espargaro says KTM's MotoGP engine is now stronger than that of Yamaha, after he passed Valentino Rossi "like he was stopped" during Friday practice at Mugello.

Espargaro said a recent engine upgrade had boosted KTM's form, and that he was able to pass Rossi with ease at Mugello as a result.

"In Le Mans the bike was fast on the straight, maybe not for example like the Honda and Ducati, but better than Yamaha, which is nice," said Espargaro.

"Today I overtook Valentino like he was stopped. I felt a little bit bad because their bike is not super-fast in the straight, and our bike is going good on the straight, which I’m super-happy about. It’s what you need here, that the engine works."

Rossi was slowest of the four Yamaha riders in FP2 by some distance, as Fabio Quartararo ended up second-fastest and Maverick Vinales and Franco Morbidelli both made the top 10.

The 40-year-old said he simply did not have the "feeling" on his works M1 and hopes he and his Yamaha crew can produce a solution for Saturday.

Rossi told media: "I expected to be stronger, sincerely. But it was a difficult day. Already from this morning but also this afternoon I don’t have enough pace, I am not fast.

"I don’t feel comfortable on the bike. I’m not able to ride very well. I am slower than last year, also we are all very close, and for this reason my position is very bad."

Asked if Quartararo's strong showing gave him hope he could improve, Rossi replied: "Yeah for sure. But also Maverick was fast today; this afternoon in the practice he find a good way.

"For me, I’m slow in the corner, I don’t have enough feeling to be fast. Today we suffer, tomorrow we try to change something." 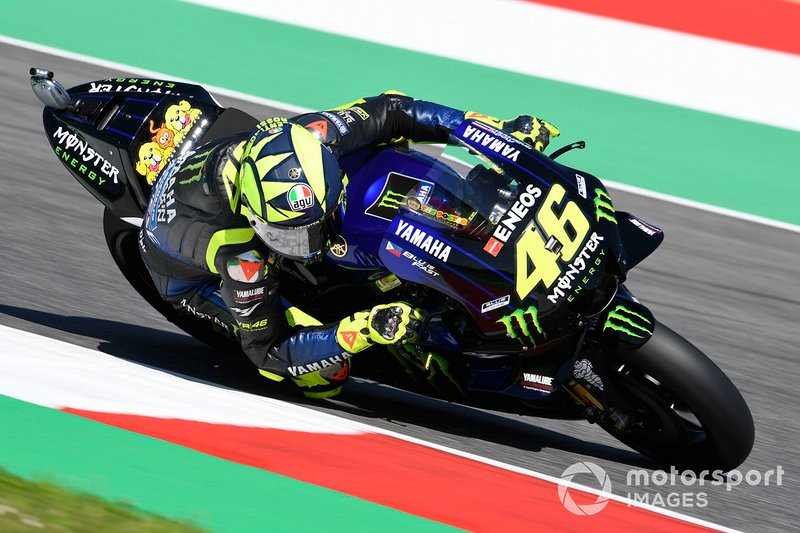