Aprilia’s Aleix Espargaro says he is “relaxed” about the fact he is fighting for the 2022 MotoGP title because he knows “I will have my chances” in the final races.

The 32-year-old won his first MotoGP race this season in Argentina having raced full-time in the class since 2012, after making his debut back in 2010.

Since that Argentina win, Espargaro has scored five further podiums and is just 17 points from championship leader Fabio Quartararo after finishing third last weekend at Aragon.

With just five races remaining in 2022 starting with this weekend's Japanese Grand Prix, Espargaro admits he was more nervous earlier in the season when he was consistently on the podium as it became clear he was a title contender.

But since then, he says he has become "more relaxed" and is simply enjoying the occasion.

"I have to say that at the middle of the season when I started to finish on the podium every race, I started to feel some pressure because I realised I had some chances to fight for this title to the end," Espargaro said on Thursday at Motegi.

"But now I'm a little more relaxed. I'm enjoying more this year with my family when I'm not racing, when I'm racing also.

"Every single moment of this year I will never forget in my life.

"So, this is why I feel relaxed. I know I will have my chances, so it's just trying to do the same as I did from Qatar: make no mistakes, enjoy as much as possible and relax." 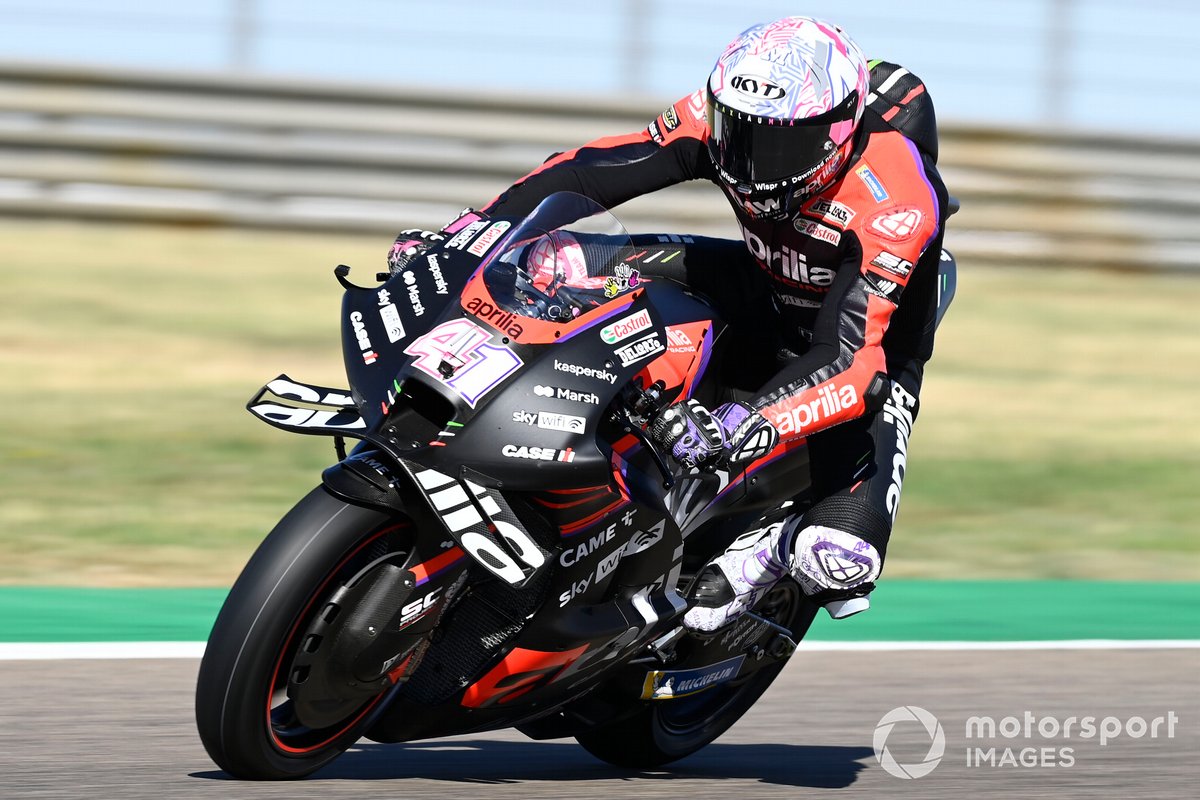 This weekend's Japanese GP represents MotoGP's first visit to the country since the COVID pandemic began.

As such, Espargaro is just one of nine riders of the current full-time grid to have raced at Motegi on more than one occasion in the MotoGP class – with both title rivals Quartararo and Bagnaia only competing at the track in 2019.

Despite this, Espargaro doesn't think his experience of Motegi will count for much given how much has changed in MotoGP since 2019.

"I don't think it's going to count so much," Espargaro said of his experience.

"I watched the race of 2019 yesterday and Fabio did a super good race, always just one second from Marc in his rookie year – which is difficult to do. And Pecco also raced once.

"But we all raced here in the small classes. So, we know the track.

"The bikes have changed so much from 2019, we have new items of the bikes, we have a new carcass in the Michelin tyres. So, I think it's going to be quite new for everybody."