Espargaro: No doubts Vinales will be instantly fast on Aprilia MotoGP bike

Aleix Espargaro says he has “no doubt” future MotoGP team-mate Maverick Vinales will be “fast straight away” when he tests the Aprilia for the first time next week.

Vinales was ousted from the factory Yamaha team with immediate effect last week following his suspension from the Austrian Grand Prix for deliberately trying to damage his bike’s engine in the Styrian GP.

Ahead of Yamaha’s announcement last week, Aprilia had already confirmed it had signed Vinales for the 2022 season, while Motorsport.com reported the Italian marque was working hard to try and get the Spaniard on its RS-GP as soon as possible.

On Thursday ahead of this weekend’s British GP, Aprilia announced Vinales will test the bike for the first time at Misano on 31 August and 1 September.

When asked for his thoughts on this, Espargaro said: “So, happy overall after these last two months where we heard many things and also the last year, we heard a lot about Aprilia, about my team-mate.

“I’m very happy Aprilia finally signs a top rider. Very happy due to the problems he had with Yamaha he can jump on the RS-GP as soon as possible.

“I’m not happy about what happened with him at Yamaha, but at the same time I’m happy because he’s familiar with the Yamaha, so he will be able to compare both bikes to help us.

Espargaro also has some experience of Yamaha machinery in MotoGP having ridden the Forward Racing Yamaha Open class bike back in 2014.

He feels the 2021 RS-GP feels a lot like the Forward Yamaha and doesn’t expect Vinales’ adaptation process to be too difficult on the Aprilia.

“I think it is not going to be difficult for him,” he added. 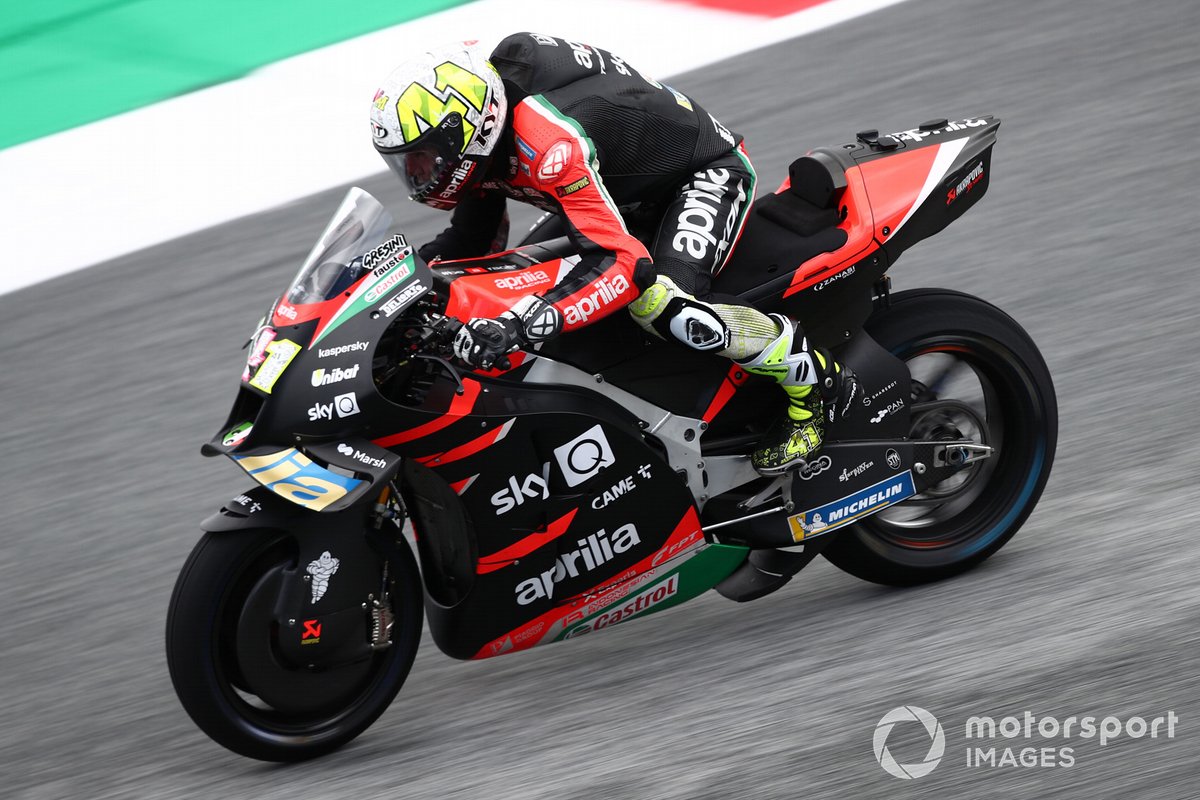 “Maybe he will have to adapt especially the first touch of the throttle, the connection with the engine, it’s something that I worked very hard on the last two years with the engine engineers and also the electronics engineers to make it softer and at the same time to have the maximum torque available as soon as possible because I like to feel torque immediately.

“I work very hard on this and I think he will like this.

“I think the downforce on the RS-GP 21 is something that he will have to adapt to because I also had to do that at the beginning of the season.

“Also, the test team I know every single person, I did some tests with them and it’s a very strong team.

"I’m sure he will be very happy as soon as he jumps on the bike.”

When asked how he felt about a rider finally joining Aprilia who is expected to be faster than him, Espargaro stood firm in his self-assessment of his current pace and believes Vinales will “have to suffer” to beat him in 2022.

“I feel good, especially for Aprilia," he added.

“When I say Aprilia, also [I include] myself, deserves to have a top rider as Maverick.

“I think that I’m riding better than ever, I think that now I’m one of the top riders of the category but I don’t have the wins and the podiums and all of this that Maverick has.

“I’m very happy for Aprilia to have a rider like him.

“Maverick knows perfectly that I welcome him in this team and he knows it’s going to be difficult to beat me.

“I welcome that we will be able to fight together, but it’ not going to be easy to beat me, he will have to suffer a lot to stay at my level.”