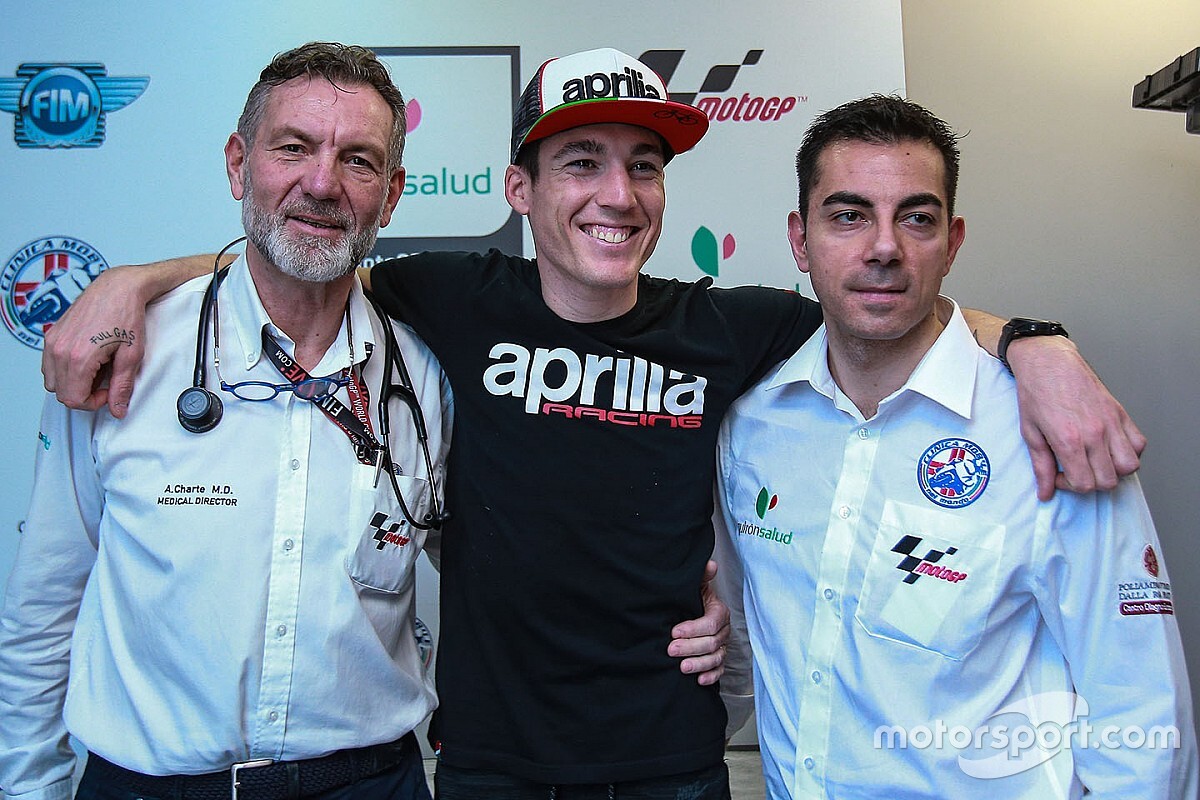 Aleix Espargaro believes the advancements MotoGP has made in its fitness checks are good enough to allow injured riders to decide it is safe enough for them to return.

Crutchlow and Marquez had surgery on their injuries on Tuesday and have since been passed fit to ride, while Rins began his rehabilitation immediately.

Marquez’s decision to return has drawn some criticism, with some believing the decision should be taken more out of a rider’s hands than what it currently is.

While Espargaro does agree with this, he also insists MotoGP’s doctors wouldn’t pass riders if they didn’t believe their injuries weren’t a hazard on track.

“The good thing is that in the last three, four, maybe five years, we improved a lot the medical part of the championship,” Espargaro said on Thursday ahead of the Andalusian Grand Prix at Jerez.

“So, if they allow us to ride it means we are capable ride the MotoGP bike.

“I remember last season, when I had the crash in Barcelona with Bradley [Smith], my knee was… I couldn’t even walk and I jumped on the bike at Assen and I suffered a lot in the race.

“But I was there [at the race]. So Marc will try this weekend, with Rins and Cal, but I believe the medical check is enough for them and also the rest of the riders to be safe when riding together.”

Commenting further on Marquez being declared fit, the Aprilia rider said it shows just how passionate riders are about racing.

“This is just another example of how the riders are, how we love this sport,” he added.

“It’s not just a job, it’s also our passion. So I’m sure everybody on the grid will try as hard as Marc [to come back from injury].

“Marc is very good physically, he trains his muscles a lot. So he can compensate a little bit.

“Also Alex Rins will try, and also Cal – the injury of Cal was a very hard one because we use a lot [the wrist], so for him it will also be a very demanding weekend.

“I think this sport is unbelievable and it’s just one more example.”