Espargaro’s weekend was cast into doubt in FP4 when he suffered a violent 115mph crash at Farm Curve and injured his feet.

Having taken part in qualifying – where he finished sixth – Espargaro was declared fit to continue following warm-up, though he struggled for pace in the race and could only manage to finish ninth, 3.9s from the win.

Reflecting on his race, Espargaro says he was suffering from pain but cannot use this as an excuse and admits he doesn’t understand how the race unfolded as it did.

“I felt good, sincerely,” he said.

“The pain was not an excuse. Obviously, I was not really able to move freely on the bike and help the bike to turn.

“I felt quite sore all the race, all the body, but I didn’t have a lot of pain.

“I didn’t finish far from the winner but during the race I didn’t have the pace and it’s a shame I couldn’t fight for the victory.

“Racing is racing, you have to show it during the race.

“I think that I have better pace and I could fight for the victory, but you have to prove this on the race.

“Today’s race I could not understand at all. If I take the classification, I understand zero about the bikes. Both Ducatis have zero pace during all the weekend and they both win.

“They did an extraordinary job today, I don’t understand where they found the pace. [Marco] Bezzecchi was very strong, he finished 10th, Fabio [Quartararo] was very strong and finished with me, the KTM of the leading group, [Enea] Bastianini was out of top 15 on Friday.

“I really don’t understand what happened today, I had zero traction on the right side during the race. This is MotoGP, it’s nice and close.

“The next eight races, the last part of the championship are going to be fun.” 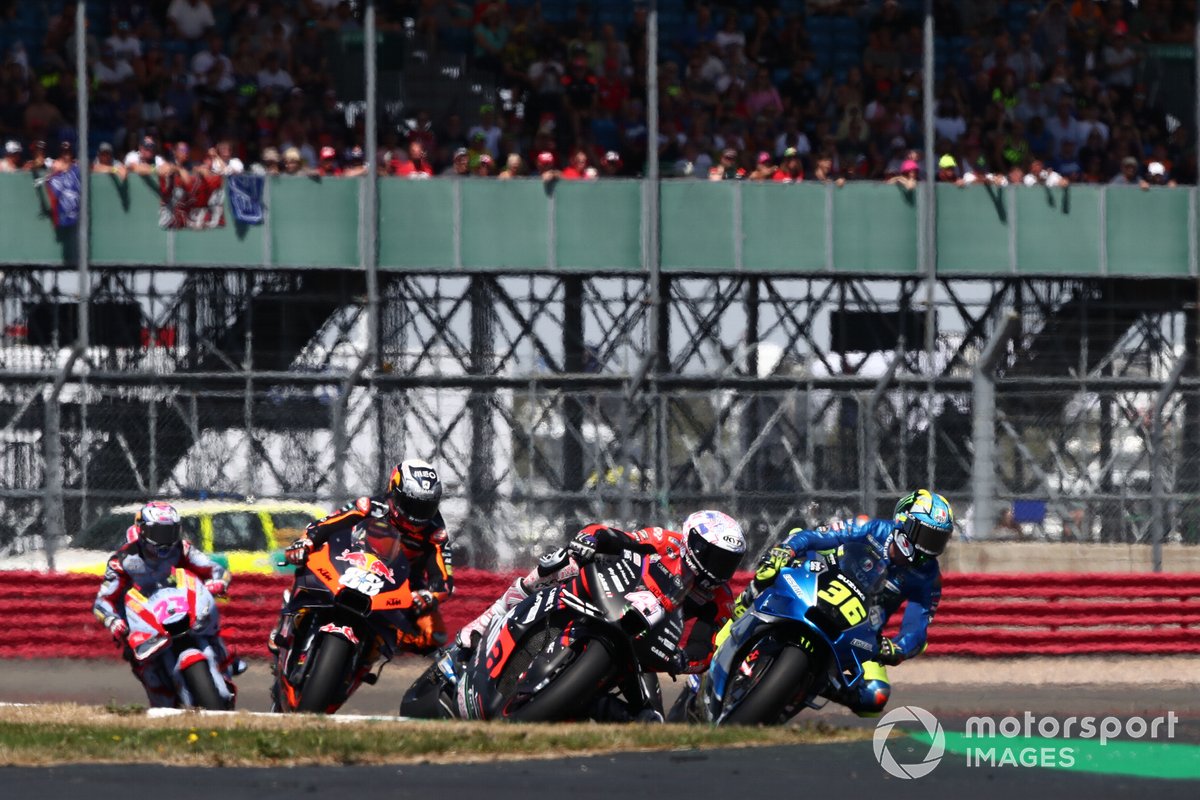 Espargaro did attempt an overtake on championship leader Quartararo on the last lap, but had to concede eighth to the Yamaha rider – a result that has only seen the Aprilia man lose one point in the standings, his gap now at 22 to Quartararo.

“I will say we would have been fighting for the victory,” he said when asked what he would have thought if someone told him after his crash he’d be fighting Quartararo in the race.

“It was impossible my overtake on the last lap, I was very far from him but I had to try.

“I released the front brake and went, but unfortunately I knew it was just one point but it as not a matter of points, it was a matter of getting in front.

“I tried, but today I lost a good opportunity to recover points unfortunately.”