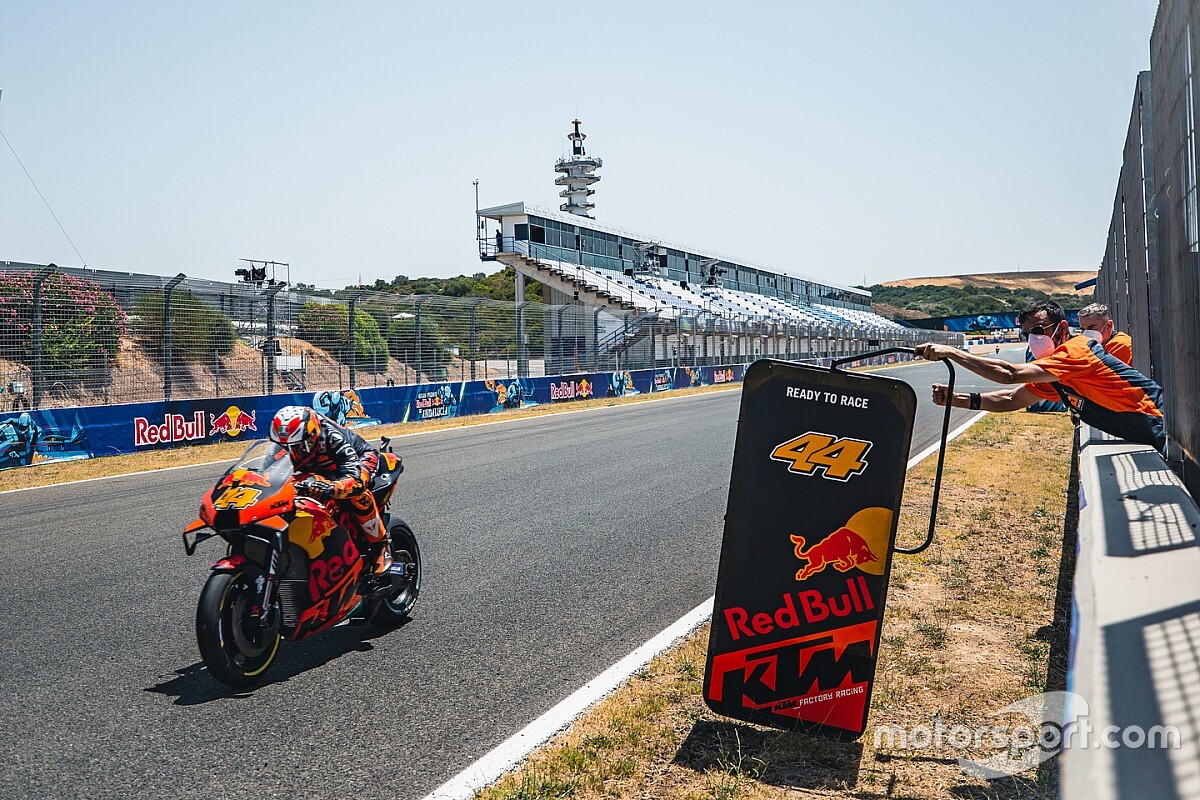 KTM rider Pol Espargaro says he "wouldn't have trusted" someone saying pre-season he would end the MotoGP Jerez double-header fifth in the standings.

The 2020 KTM RC16 has proven to be a considerable step forward over its predecessor, with Espargaro believing the bike is quicker than the Ducati everywhere at Spanish Grand Prix venue Jerez except on the straight.

Feeling he could have fought for something "great" at the second Jerez race before a qualifying crash forced him to start 12th, Espargaro scored 19 points across the two races with sixth and seventh-place finishes to sit fifth in the standings, tied with LCR Honda rider Takaaki Nakagami.

Espargaro notes that a large part of this is down to the reliability of the RC16, highlighting the fact Yamaha and Ducati riders have suffered engine issues across the first two races.

"If someone asked us to come here to Jerez to finish after these two rounds fifth in the championship, we would never have trusted it," Espargaro admitted.

"I think this is the job KTM has done in the winter. The bike need to be good, it needs to perform good, but it also needs to finish the races.

"And we have seen manufacturer like Yamaha, they couldn't finish the races, they were struggling a lot with the engines, also Aprilia, Ducati as we've seen. But no one at KTM had a problem with the engine, so at the end this shows that it is a team sport.

"It's not just an individual sport as it seems on the TV, it needs team work and thanks to that we are fifth in the championship. For sure in the pre-season we were not thinking that we would be in the top six, seven so easily."

A KTM rider has never finished inside the top 10 of the rider standings since the Austrian marque made its MotoGP debut in 2017, with Espargaro securing a best of 11th last year.

Espargaro scored the marque's sole podium so far in a wet Valencia race in 2018, though was just a second from a first dry rostrum in the season-opening Spanish GP.