Aleix Espargaro says he “can’t wait” for ex-Ducati MotoGP rider Andrea Dovizioso to test the Aprilia in April and is certain he will offer “good feedback” about the bike.

Aprilia announced earlier this week that 15-time MotoGP race winner Dovizioso will ride the RS-GP during a three-day private test at Jerez on 12-14 April.

Dovizioso is currently on a sabbatical from MotoGP after losing his Ducati seat last season and turning down a race offer from Aprilia for 2021, as well as a role as Yamaha test rider.

It’s unclear if this test will result in Dovizioso taking on a test rider role with Aprilia, or if it will act as a springboard to a race ride for the rest of 2021. 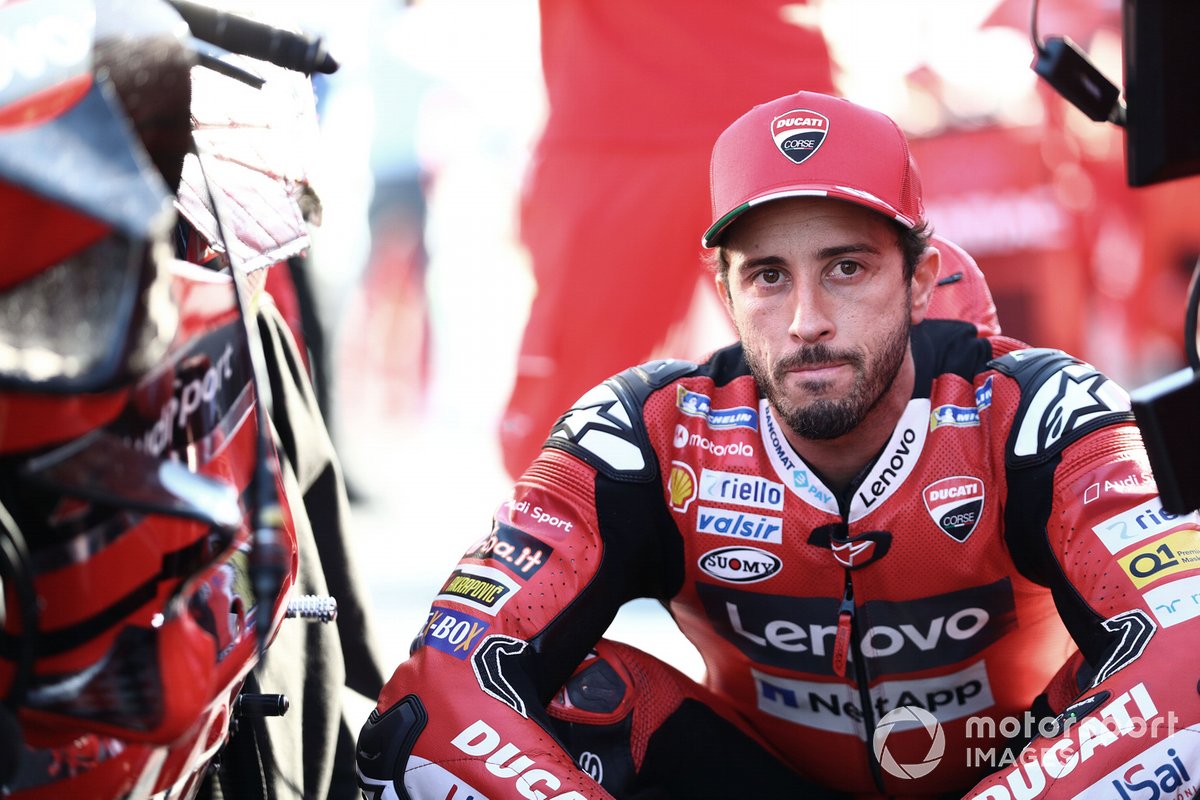 When asked for his thoughts on Dovizioso testing the Aprilia, Espargaro said: “Yes, I’m very happy because these last years we were making steps to get closer to the top bikes and Aprilia has now made an important step.

“It will be very helpful for the future, because Andrea apart from being a very talented and fast rider, I think he can be a very good test rider, sensitive.

“He did a very good job with the Ducati because the last seasons he was winning races and fighting for the title.

“So, he will be able to give us good feedback about the Aprilia and help us a lot.

“I can’t wait to try the bike in Jerez and see his reaction, to see how he likes the bike and its weak points.

“I’m six years with this bike and he’s fresh on the Aprilia, so I’m sure he will give us another point of view and he will help us a lot.”

Espargaro has previously spoken about Dovizioso being his favourite rider in MotoGP, and said during winter testing at the end of 2019 that he’d like to emulate what the Italian did in transforming Ducati’s fortunes between 2013 and 2020.

Aprilia’s test team is in disarray at present after the marque elected to place rookie Lorenzo Savadori alongside Espargaro in the race team instead of its other test rider Bradley Smith.

Though nothing has been made official, it appears as if Smith has left this role having been absent from pre-season testing in Qatar earlier this month and Aprilia CEO Massimo Rivola noting at the team’s launch event that he hoped the Briton would continue with Aprilia as test rider.