Aleix Espargaro says Aprilia's progress in the space of a year has transformed it into "the revolution bike" as it's become a more desirable MotoGP project to be involved with.

Having failed to crack the top six at any point in 2020, Espargaro has been sixth in the last two races and has finished inside the top 10 in all four grands prix so far in 2021.

This has left Espargaro convinced Aprilia will see the podium in 2021, while the progress of the RS-GP has attracted 15-time MotoGP race winner Andrea Dovizioso to carry out private testing on the bike.

Dovizioso was one of a slew of names - which included Cal Crutchlow as well as Moto2 frontrunners Marco Bezzecchi, Joe Roberts and Fabio Di Giannantonio – to turn down a full-time Aprilia race ride for 2021.

Espargaro notes that the attitudes about Aprilia are now changing and credits his own "big effort" - as well as that of the Italian marque's - as the reason for this.

"We are very close to the winning guy in every single race in three completely different layouts," he said ahead of the French Grand Prix.

"I don't want to sound arrogant, but I feel a big part of this is because of my job and my big effort I've put into the project. 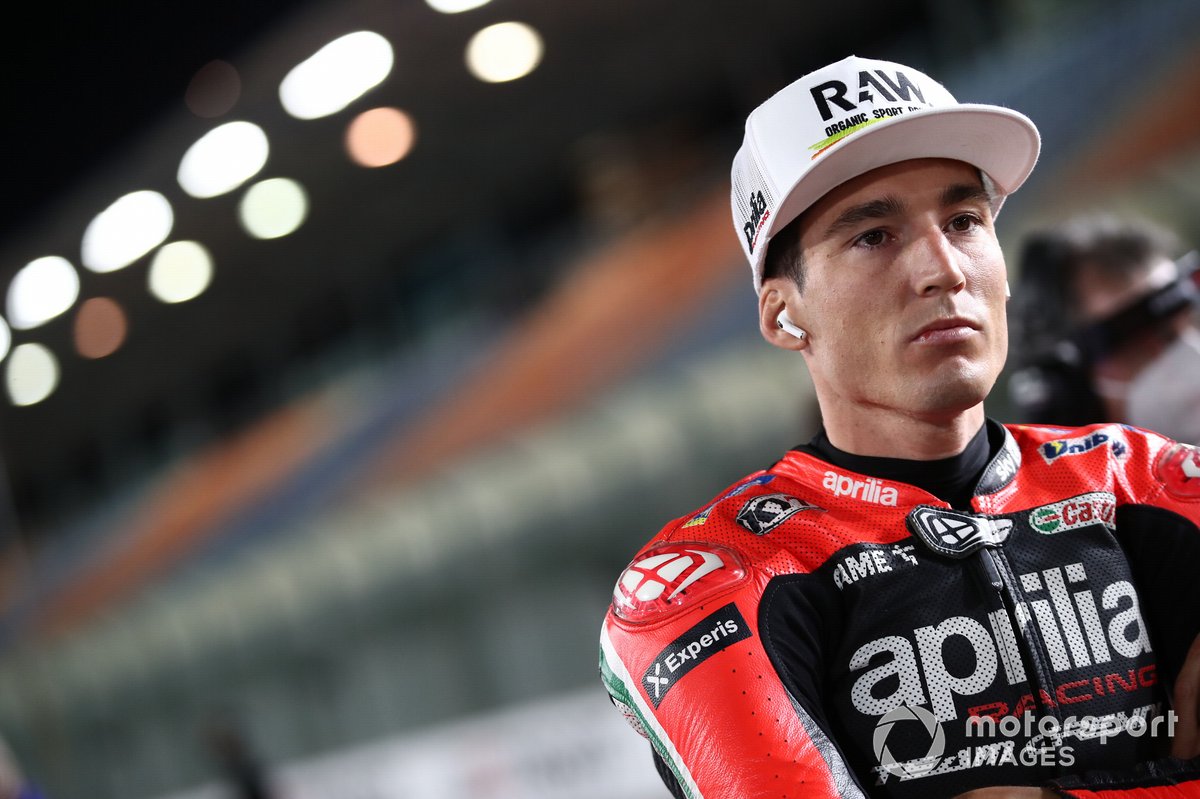 "When I say my [work], I feel that myself and the people around me – engineers – are in the same part.

"But it's not like for example Suzuki, where the two riders are developing the bike for more than three or four seasons.

"It's not like Yamaha where Maverick [Vinales] has been there working for a long time, or Marc [Marquez] in Honda.

"I had many teammates, but the one who always works and puts the maximum effort into this project has been myself.

"Looks like just one year ago nobody wanted to join us, we were not like a serious project, we were not a good bike.

"And now Aprilia is like the revolution bike, the young and talented riders want to join our team.

"A very big talent like Dovizioso wants to test for us, so I'm very proud of this."

When asked about potential teammates for 2022, Espargaro cited "unbelievable" Moto2 rookie Raul Fernandez – who won in Portugal last month – as a name Aprilia should seriously consider if it is to opt for a young rider.

"If we're talking about young Moto2 riders, Raul for me, what he's doing… everyone is talking about Pedro Acosta because he's unbelievable, but all respect to him and all Moto3 riders, Moto2 is a lot more difficult," he added.

"These Moto3 rookies, for me, the word rookie is not really correct because they're coming from Spanish Championship, Red Bull Rookies and the bikes are very similar [to what they race in Moto3], they know the tracks.

"But Moto2 is already a very powerful bike with a lot of talented riders, and what Raul is achieving this year for me is unbelievable.

"So, hopefully Aprilia can sign one of the best rookie Moto2 guys."