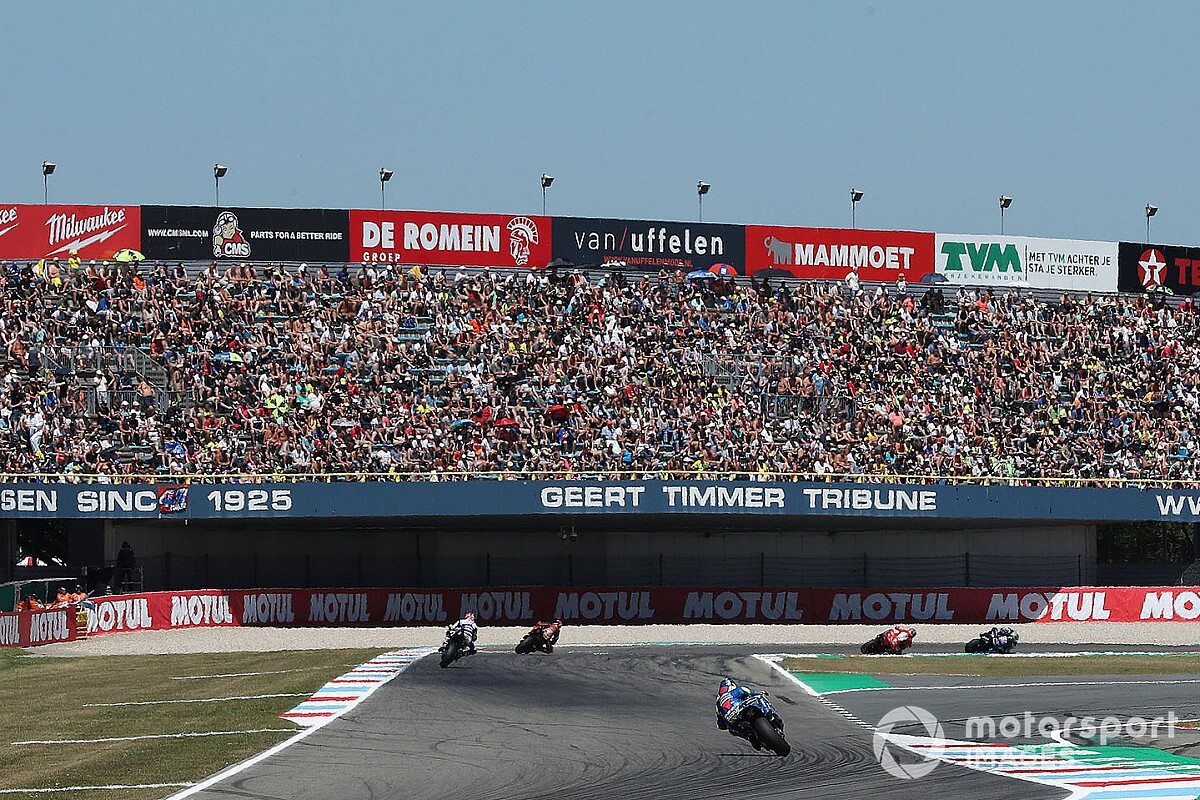 MotoGP governing body the FIM has announced that the Dutch, German and Finnish Grands Prix won’t appear on a revised 2020 calendar as all three events have been officially cancelled.

The coronavirus pandemic has put the 2020 season on hold until August at the earliest, after the first 11 races were wiped from their original slots.

The season-opening Qatar GP was cancelled a week before the event, and won’t feature on a new calendar due to track works taking place at the Losail circuit later this year.

The other 10 races have thus far only been suspended, though Finland always looked unlikely to stage its MotoGP return this year owing to the KymiRing still needing FIM approval before being used – something impossible to do around current lockdown and travel restrictions.

A former Assen boss recently said the healthy financial situation of circuit meant skipping a year wouldn’t have much impact, should MotoGP be unable to race in the Netherlands.

On Wednesday morning, the FIM confirmed the cancellation of the Finnish and Dutch races, as well as the German GP at the Sachsenring.

This will be the first time in MotoGP’s 71-year history that the Dutch TT at Assen hasn’t been held.

“It is with great sadness that we announce the cancellation of these three important grands prix on the MotoGP calendar,” Dorna Sports CEO Carmelo Ezpeleta said.

“The German GP is raced on a truly unique track with an incredible history, and the Kymiring is an exciting new venue set to welcome Grand Prix motorcycle racing back to Finland for the first time since 1982.

“And the iconic TT Circuit Assen had the unique honour of being the only venue to have held a round of the motorcycle racing Grand Prix World Championship every year, uninterrupted, since the Championship began in 1949.

“On behalf of Dorna I would like to thank all the fans for their understanding and patience as we wait for the situation to improve.

“We very much look forward to returning to the Sachsenring and the TT Circuit Assen in 2021, and eagerly await the Grand Prix debut of the new KymiRing next season.”

Ezpeleta stated last weekend that the series was “optimistic” of a July start to the delayed 2020 season.

Previously stating that he’d be “delighted” with 10 races this year, Ezpeleta once again confirmed his hopes to have 10-12 events in 2020 centered in Europe.

With four races now cancelled, and doubts over the possibility of using any venues in Spain or Italy this year as well as the unlikelihood of any flyaways being staged, it’s almost a certainty that multiple races will be held at a small selection of circuits this year.

No new calendar will be issued until current uncertainty surrounding the spread of coronavirus subsides.