Jack Miller led a Ducati 1-2 in second practice for the MotoGP Qatar Grand Prix, while Honda rookie Pol Espargaro suffered his second crash of the day.

Aleix Espargaro set the early pace as FP2 got underway with a 1m55.204s, before Francesco Bagnaia dropped into the 1m54s with a 1m54.625s to take over top spot moments later.

This lap stood for just a few seconds, as his factory Ducati teammate Miller edged ahead with a 1m54.571s before the session was red-flagged briefly for debris on the main straight.

When proceedings restarted, Miller bettered his lap to a 1m54.557s, but Espargaro dug deep on his Aprilia and really spread the field with a 1m53.789s on just his sixth lap of the session.

It took 15 minutes for Espargaro’s lap to come under threat, MotoGP’s qualifying specialist Fabio Quartararo on the factory Yamaha getting to within 0.077 seconds on the opening lap of a run.

On his follow-up tour, Quartararo deposed Espargaro with a 1m53.697s, before Bagnaia produced a 1m53.422s a few minutes later to take over top spot.

A flurry of fast laps filled the closing stages of FP2 as the field made their bids for a provisional place in Q2 with conditions in FP3 set to be windier than they were on Friday.

With just over two minutes remaining, Miller reclaimed top spot from his teammate with a 1m53.387s, and this would go unchallenged through to the chequered flag. 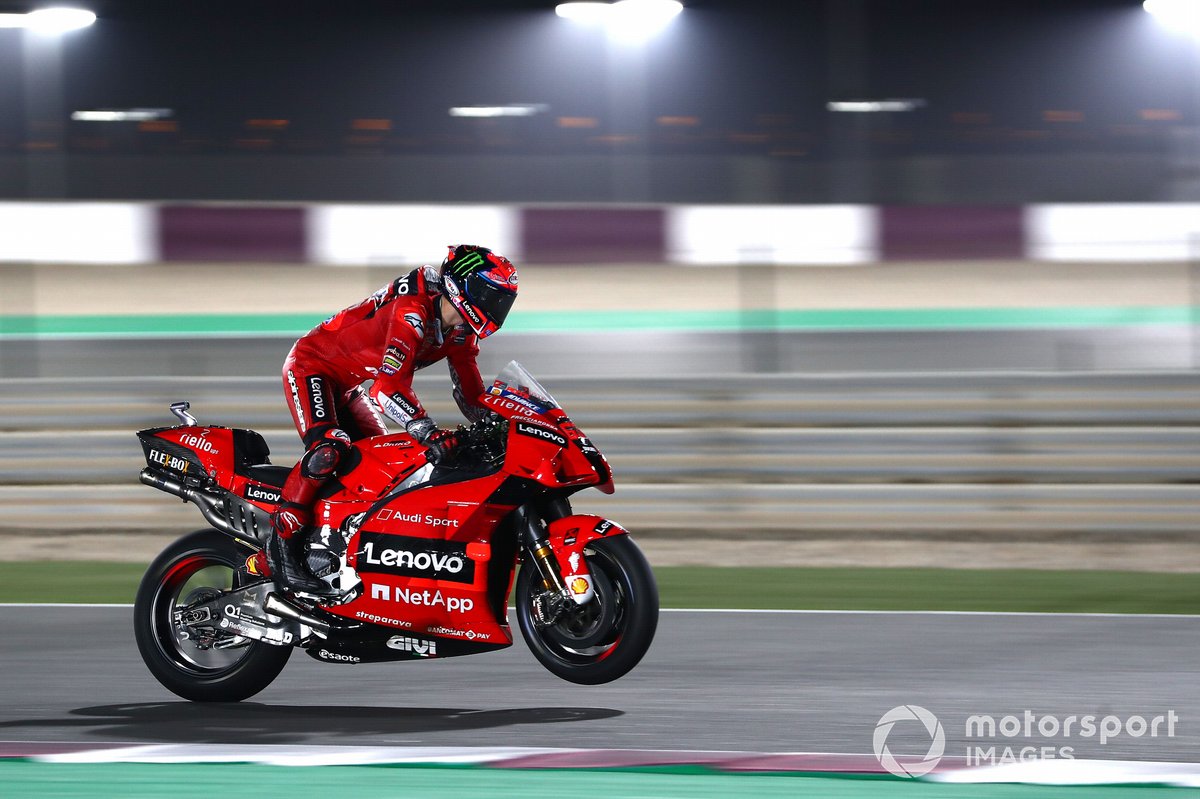 Several riders came close on their last laps to pipping Miller, with Bagnaia the closest at just 0.035s adrift, having been forced to abort his final effort due to Pol Espargaro’s late crash.

The Honda rider was tailing LCR counterpart Alex Marquez and slid off at the fast Turn 15 left-hander, although he held onto a provisional Q2 place in 10th.

Quartararo completed the top three on his Yamaha ahead of Johann Zarco on the Pramac Ducati, with Alex Rins showing an encouraging turn of single-lap pace for Suzuki in fifth and just 0.236s off Miller’s lap.

His world champion teammate did not fare so well; although only 0.527s off the pace, Joan Mir was shuffled out of the Q2 places into 11th.

Maverick Vinales rounded out the top six on the sister works team Yamaha ahead of FP1 pacesetter Franco Morbidelli on the Petronas SRT M1, while Aleix Espargaro slid down the order to eighth.

Splitting the Espargaro brothers was Valentino Rossi on the sister SRT Yamaha, while Jorge Martin led the rookie crop in an impressive 13th on the Pramac Ducati.