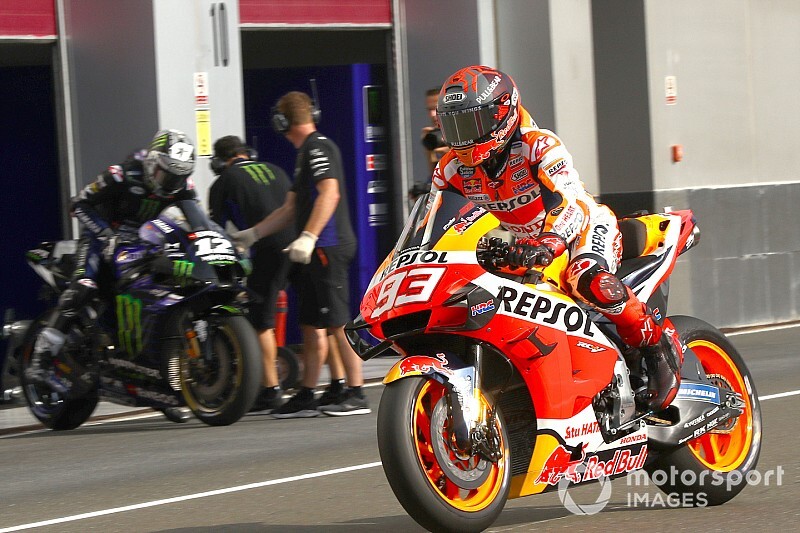 Reigning MotoGP champion Marc Marquez and Honda have the most to gain from the coronavirus-induced delay to the start of the 2020 season, believes Ducati general manager Gigi Dall'Igna.

The worsening COVID-19 pandemic has put the start of the 2020 campaign on hold, with the season opener at Qatar taking place only for Moto2 and Moto3 and the following three rounds in Thailand, Austin and Argentina having all been postponed until later in the year.

Currently the season is due to begin at Jerez in early May, although an even later start to the campaign now appears probable as the situation in Europe deteriorates.

The delay to the new season means Marquez has more time recover from his shoulder injury, the Spaniard having admitted it was still causing him trouble in the most recent test at Qatar, while also giving Honda extra time to get on top of the issues it had with its 2020 bike.

"I think Marc Marquez will benefit because he was the one who physically had to recover the most," Dall'Igna said during an interview with Sky Italia. "With these months of further preparation he will be more ready.

"The stoppage gives breathing space to a few manufacturers, who have had problems in terms of performance and reliability, there will be time to intervene.

"I am referring to Honda for sure, but also to Aprilia, who had improved the bike enough, but had some problems with reliability and will be able to take cover from this point of view."

The cancellation of the Qatar race is widely perceived to have been a blow for Ducati, which has won the last two editions of the race with Andrea Dovizioso - helped by a track layout playing to the Desmosedici's traditional strengths of top speed and acceleration.

Had the Losail race been able to go ahead, Dall'Igna thinks that both Dovizioso and Danilo Petrucci would have been set for another strong showing.

"After the last few tests, I was confident," said the Italian. "Dovizioso in the race simulation with used tyres, in tandem with Petrucci, had gone well.

"Towards the end the times were a little bit up, but I'm convinced that Andrea could have done well, as he has done in the last two years. I also saw an improved Danilo compared to Sepang.

"I would have liked to have done the Qatar race because we could have done well." 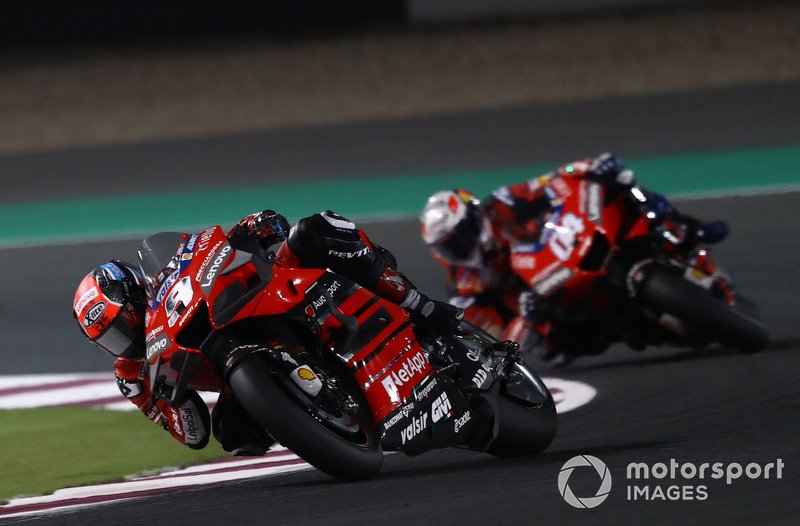