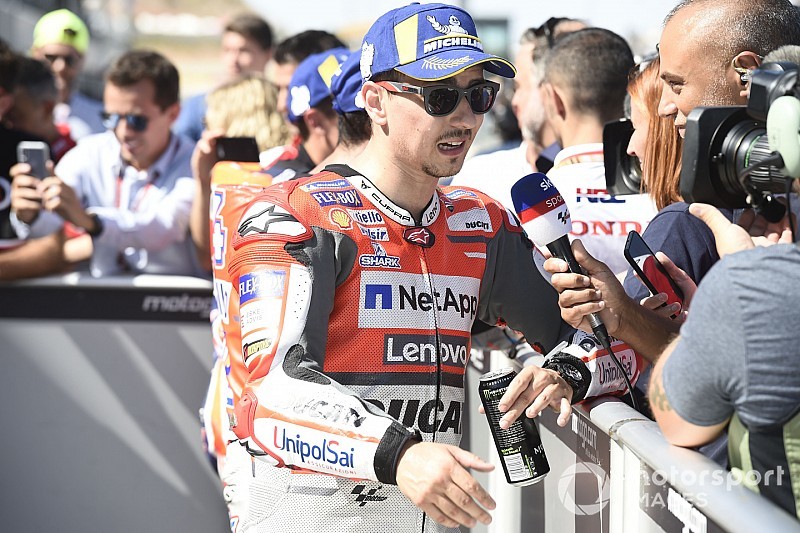 Ducati has reached an agreement with Honda over the conditions of Jorge Lorenzo's debut with his 2019 MotoGP team in the Valencia post-season test, Motorsport.com has learned.

Lorenzo will leave Ducati to join Honda for the next two seasons, and his current team will not block the Spaniard from riding his new bike as soon as possible.

He will be allowed to ride in both official tests at Valencia on November 20-21 and also at Jerez a week later.

Paolo Ciabatti and Alberto Puig, bosses of Ducati and Honda respectively, held a meeting on Friday at Phillip Island to agree the details of Lorenzo's transition.

The three-time MotoGP champion will ride an RC213V, which will be painted black, as it was two years ago when he first tried a Ducati.

Lorenzo will also to speak to the media, but will not be allowed to compare the bikes of Honda and Ducati.

The teams will be keen to avoid a repeat of an incident two years ago when Lorenzo left Yamaha for Ducati, and was allowed to test in Valencia and a small Ducati logo left on the otherwise black bike caused tension.

Lorenzo will leave Ducati after just two seasons with the manufacturer.

He has collected three victories, seven podiums and four pole positions with Ducati so far, but the last stage of his 2018 campaign has been cut short by an injury that has made him miss three races in a row.

Dovizioso vs. Rossi: The fight to be runner-up

Multiple operations could rule Crutchlow out until 2019