Ducati could feature e-cigarette branding in 2018 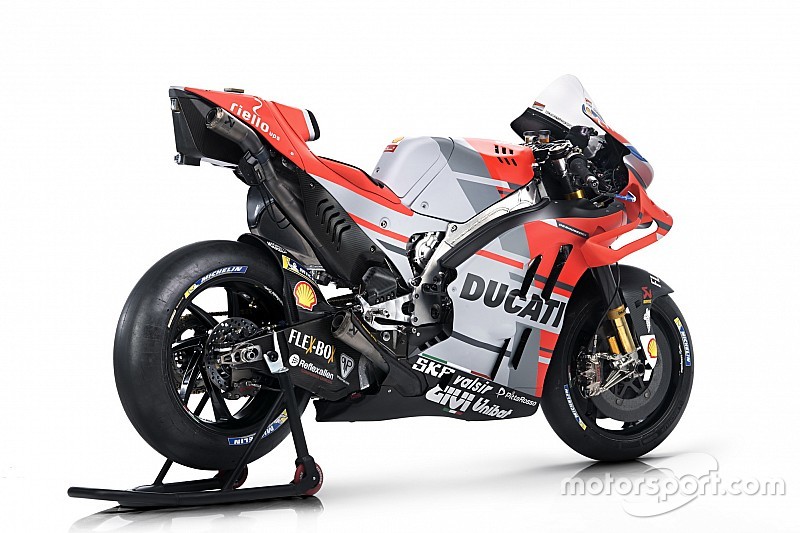 Although Ducati hasn't had Marlboro as an official title sponsor since 2010, it has maintained a close relationship with parent company Philip Morris, which also retains ties with the Ferrari Formula 1 team.

Now the tobacco giant is poised to market its IQOS brand of smokeless cigarettes in MotoGP this year, with a deal with Ducati expected to be finalised in the coming weeks.

Ducati revealed a new livery for 2018 at its launch event on Monday, featuring grey sections that have been added to the traditional red-and-white design.

It's believed the change is designed to accommodate IQOS logos that are set to appear on the factory GP18s of Jorge Lorenzo and Andrea Dovizioso ahead of the first round of the season in Qatar.

Philip Morris hopes the IQOS device can circumvent the advertising ban on traditional tobacco products, as it doesn't produce smoke or ash by only heating up the tobacco, instead of burning it.

The move comes in the wake of long-time Ducati partner TIM ending its sponsorship deal with the manufacturer at the end of last year.

This season will mark the first since the squad's debut MotoGP season in 2003 that its bikes will not carry the Italian telecom company's branding.

Folger will not race in 2018 due to illness