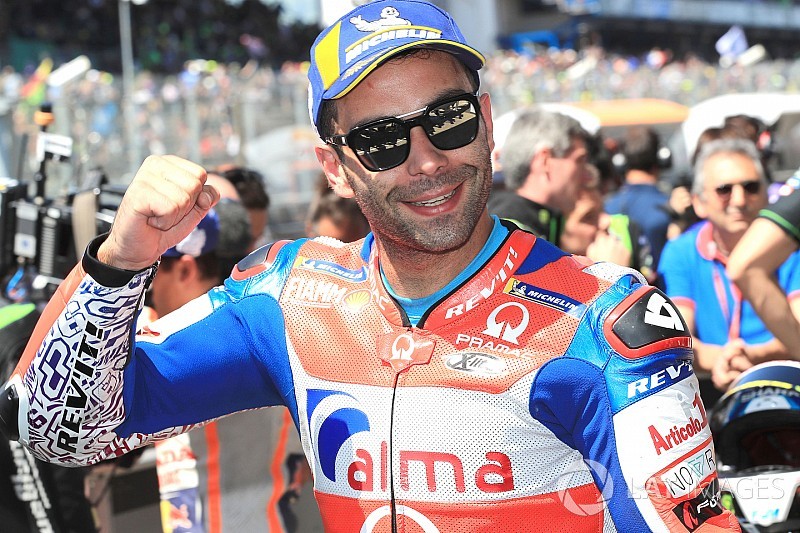 Petrucci has raced for the satellite Pramac team since the 2015 season, and since the beginning of 2017 has campaigned a works-spec Desmosedici, scoring five podium finishes in that time.

Lorenzo's shock move to Honda after two seasons with Ducati, reported by Motorsport.com on Tuesday and confirmed on Wednesday morning, has paved the way for Petrucci's move.

He will partner Andrea Dovizioso for 2019 on what is currently a one-year agreement.

"It goes without saying that for me, being part of the factory team is a dream come true," said Petrucci.

"It's a great honour to become an official rider for the Ducati Team, especially for someone like me who started in Ducati as a production motorcycle test rider.

"First of all I would like to thank [Pramac bosses] Paolo Campinoti and Francesco Guidotti, who gave me the chance four years ago to race on a Ducati for the Pramac Racing Team. Without them all this would not have been possible.

"I also want to thank the managers of Ducati and Ducati Corse - [CEO] Claudio Domenicali, [technical boss] Gigi Dall'Igna and [sporting director] Paolo Ciabatti - who appreciated me first as a person and then as a rider and I really can‘t wait to start this new adventure in the factory team.

"Now all I want to do is to finish the year in the top five in the standings and then start the new season with the Ducati Team."

Petrucci's current Pramac teammate Jack Miller had been the other major contender to replace Lorenzo, but is set to stay put next year on the latest-specification GP19 Ducati.

Moto2 graduate Francesco Bagnaia already has a Pramac deal for 2019 and will likely ride the team's year-old machine.