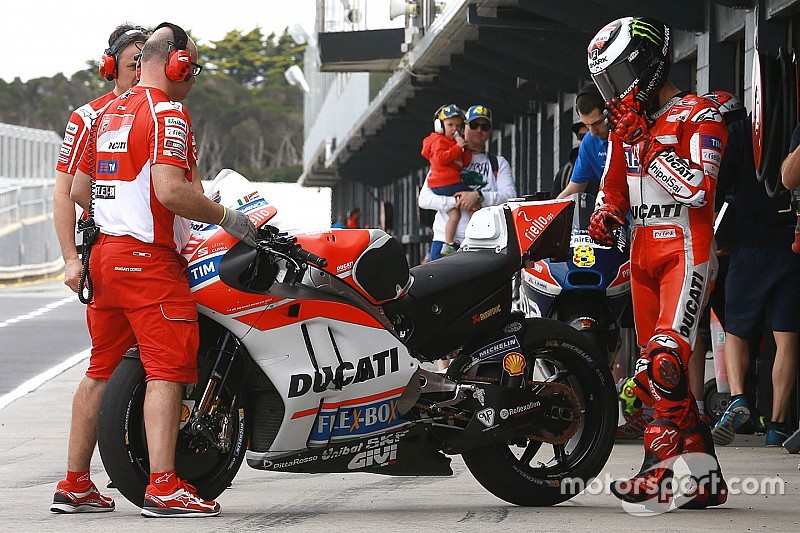 Ducati has brought a new fairing to the final MotoGP pre-season test in Qatar, Motorsport.com can confirm.

The Italian manufacturer's engineers have yet to decide whether to incorporate this new item into the list of parts to be tested during the 21 hours of testing that will take place between Friday and Sunday.

The new regulations dictate that each manufacturer (except newcomer KTM) must homologate a fairing option before the first race of the season, with one further update allowed at any time in the year.

Teams are then allowed to alternate between the two fairing options in whatever way they wish.

So far, Ducati, the team that complained the most about the abolition of the winglets, has not shown any fairings that try to mitigate the effect of the ban, something that Yamaha, Suzuki and Aprilia have done.

This logic could lead us to think that the Borgo Panigale marque is surely set to debut a new fairing within the next few days, but we also have to take into account the two days of private tests the team will run in Jerez between the first and second races.

Meanwhile, Lorenzo continues to deflect when asked about it: "I do not know where you got that we will have a new fairing in Qatar," he said two weeks ago at Phillip Island. "I do not know, I have no idea if it exists or not."