Dovizioso "not that happy" to seal runner-up spot 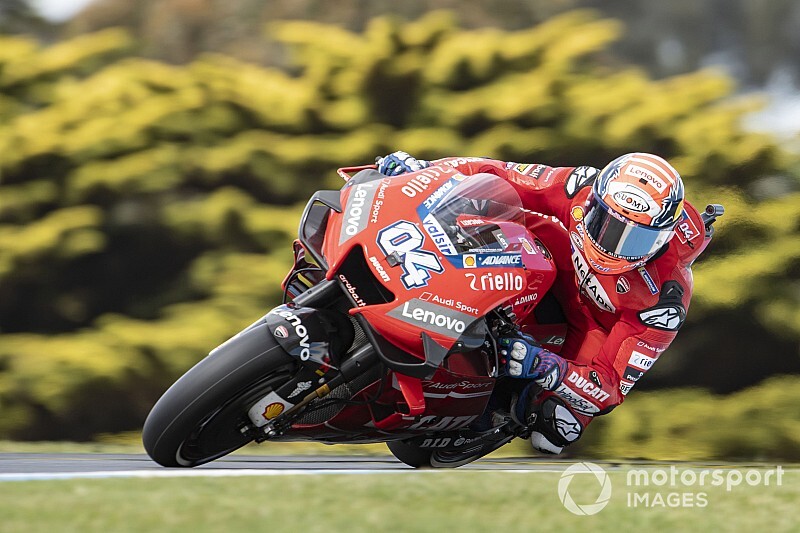 Andrea Dovizioso admits he is "not that happy" to have cemented the runner-up spot in this year's MotoGP standings because Ducati is still incapable of challenging Marc Marquez.

But the Italian said his lack of competitiveness at Phillip Island, where he ended up 15 seconds down on race winner Marquez, took the sheen of this achievement.

"We confirmed our ups and downs of this season," said Dovizioso. "We are not fast like last year. We took 15 seconds [to the winner] so that is bad.

"I finished seventh but just with one second faster I could finish third. It’s not the point. We can’t be happy about that. This is the reality in this moment.

"In the end with all the ups and downs of this season, we finish second [overall] and we confirm this two races before the end. This is the positive thing.

"But we are not that competitive and I’m not that happy. Marquez alone is one point away from me and Danilo [Petrucci, combined] in the teams' standings."

Unusually, Dovizioso was third home of the Ducati contingent in Australia, as Jack Miller bagged the final podium spot ahead of Pramac teammate Francesco Bagnaia.

The works rider was keen to point out that he was set for the final podium spot up until he made a mistake at the Southern Loop on the last lap, but nonetheless congratulated Bagnaia for the best result yet of his rookie season on the year-old GP18.

"It's a very particular track," said Dovizioso. "It's more about your riding style and your lines. The riders who go strong here, in other tracks don't go so fast.

"In my opinion there is a way of riding that makes the difference: that is, those who slide a lot go strong here. If we look at Cal [Crutchlow], with any bike he raced he went fast, as did [Andrea] Iannone, who in fact went well here.

"Bagnaia, who has always struggled this year, was strong. I did some laps with Pecco, but I realised that he is still riding like it's Moto2 and maybe that's why he's not fast.

"He does load transfer in a different way than we do in MotoGP. But on this track it works better and allows you to go fast even when the tyre drops.

"We couldn't brake like before and transfer the load, because there was no tyre [left] at the rear, he doesn't brake much and enters with the brake. In my opinion it is the reason why he went very fast and I congratulate him." 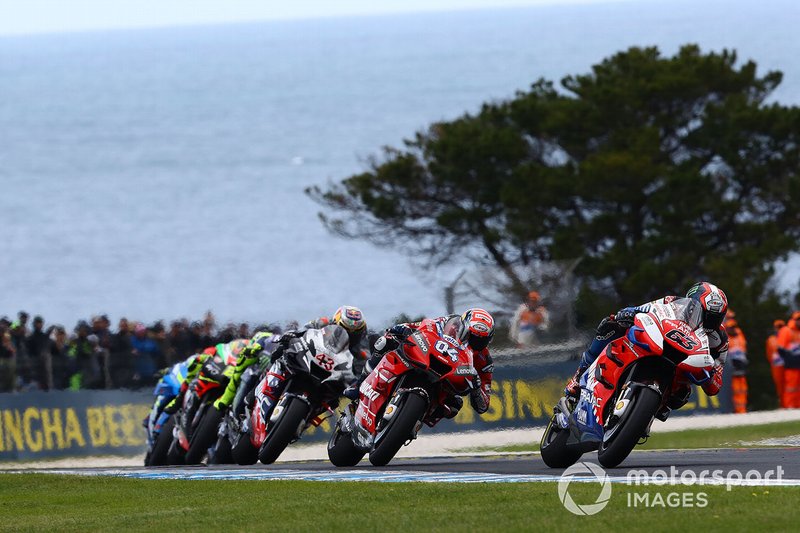 Zarco needs Sepang top seven to prove he can be frontrunner