Dovizioso quits MotoGP after Misano, Crutchlow replaces him at RNF

RNF Racing has announced that Andrea Dovizioso will not see out the rest of the 2022 MotoGP season after the San Marino GP, and will be replaced by Cal Crutchlow.

Dovizioso had been serving a sabbatical following his ousting from Ducati at the end of the 2020 season, taking up a brief role as an Aprilia test rider before signing directly with Yamaha to join RNF.

But Dovizioso’s Yamaha return has been underwhelming, the three-time championship runner-up so far only scoring 10 points in a 2022 season in which his best finish is an 11th in Portugal.

Dovizioso has hinted for some time now that his future beyond 2022 does not include a race ride on the grid, as RNF gets set to switch to Aprilia machinery.

Ahead of this weekend’s British Grand Prix at Silverstone, Yamaha has announced that Dovizioso will quit MotoGP following his home round at Misano.

He will be replaced by three-time MotoGP race winner and current Yamaha test rider Cal Crutchlow.

Crutchlow deputised for the injured Morbidelli at Petronas SRT last year at the Styrian and Austrian GPs, before briefly replacing ousted Maverick Vinales at the British and Aragon GPs.

The Briton took a best finish of 16th in his brief appearance last year. 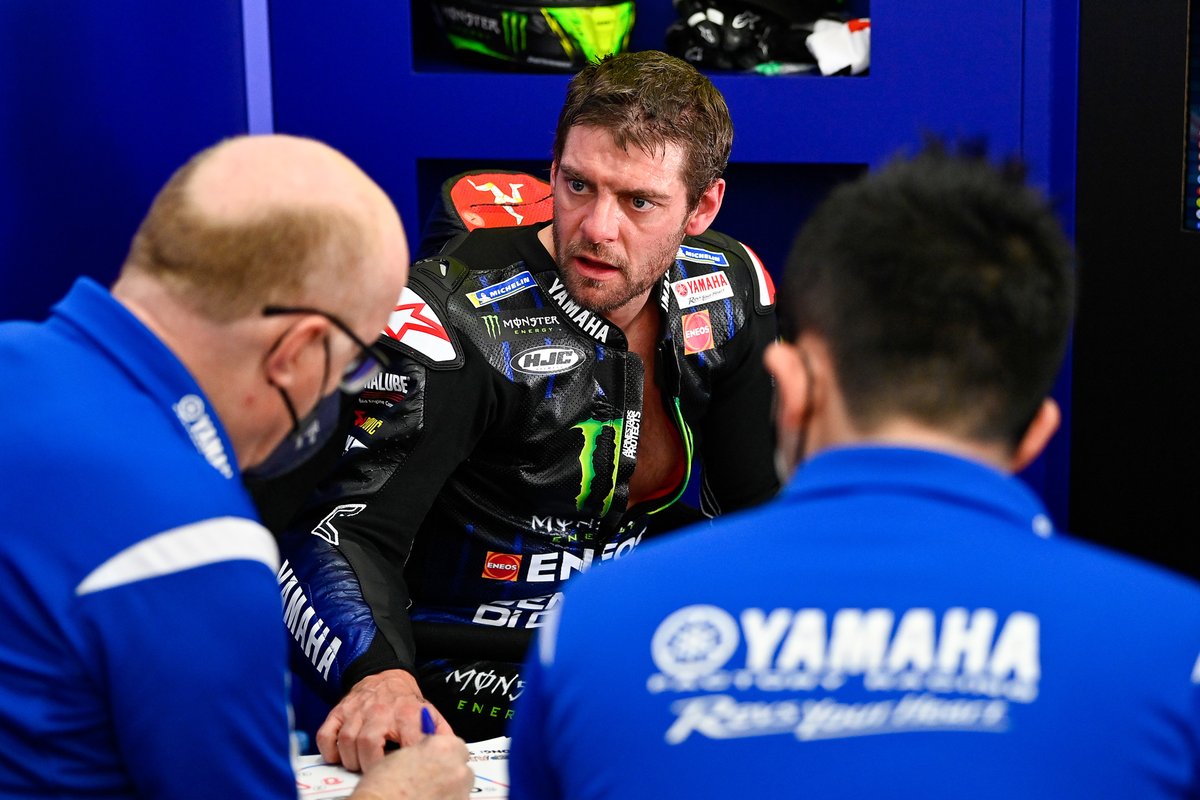 Yamaha's press release confirms the split was made during the summer break by mutual consent, with Dovizioso noting "profound changes" as part of the reason for his struggles on the bike.

"In 2012, the experience with the Iwata manufacturer in MotoGP had been very positive for me and since then I have always thought that, sooner or later, I would have liked to have an official contract with Yamaha," said Dovizioso, who rode a Tech 3 Yamaha in 2012 and scored six podiums.

"This possibility presented itself, actually in a somewhat daring way, during 2021. I decided to give it a try because I strongly believed in this project and in the possibility of doing well.

"Unfortunately, in recent years MotoGP has changed profoundly. The situation is very different since then: I have never felt comfortable with the bike, and I have not been able to make the most of its potential despite the precious and continuous help from the team and the whole of Yamaha.

"The results were negative, but beyond that, I still consider it a very important life experience. When there are so many difficulties, you need to have the ability to manage the situation and your emotions well.

"We did not reach the desired objectives, but the consultations with the Yamaha technicians and with those of my team have always been positive and constructive, both for them and for me.

"The relationship remained loyal and professionally interesting even in the most critical moments: it was not so obvious that that would happen.

Binder: People "forget" how big jump is from Moto3 to MotoGP