Petronas SRT’s Andrea Dovizioso admits he’s “not instinctive” still on the Yamaha MotoGP bike as he continues his preparations for his full-time return in 2022.

The 15-time MotoGP race winner took over Franco Morbidelli's 2019-spec SRT M1 from the San Marino Grand Prix after the latter's promotion to the factory Yamaha team, with Dovizioso remaining with the soon-to-be-rebranded RNF squad on a factory M1 in 2022.

Having spent much of 2021 serving a sabbatical and last riding a Yamaha in 2012 before an eight-year stint with Ducati, Dovizioso has struggled to get to grips with the SRT M1.

He felt he made a significant step during the Austin weekend, where he finished 13th, but struggled to ride naturally in last week's Emilia Romagna Grand Prix at Misano – though once again finished 13th courtesy of high attrition.

Speaking ahead of the Algarve GP this weekend, Dovizioso says he's struggling in certain areas specific to the 2019 M1 but in general is "not riding good enough".

"I don't feel good on the bike, but I think the improvement I did in Austin after Misano was nice and I think normal," he said when asked by Motorsport.com on Thursday how he would rate his adaptation process so far.

"But what happened in Misano two, I can't be happy, but I rode just in the dry in the race.

"In a situation like mine compared to the competitors, I still am not instinctive on the bike.

"So, I don't know if it's normal what happened in Misano two because we just rode on the dry straight in the race.

"But I think it's a mix of a few things, because there is something on the bike, on this 2019 bike, that doesn't work that good.

"And so, in that area I'm losing. In the other areas, still I'm not riding good enough.

"So, these two weeks created this situation and MotoGP now is crazy, everybody is fast and if you are in my situation it's not that easy to be in the middle of the group.

"But overall, in any case I'm gaining experience, and everything is good, everything is important and it's nice to have the opportunity to ride the new bike at the end of the season." 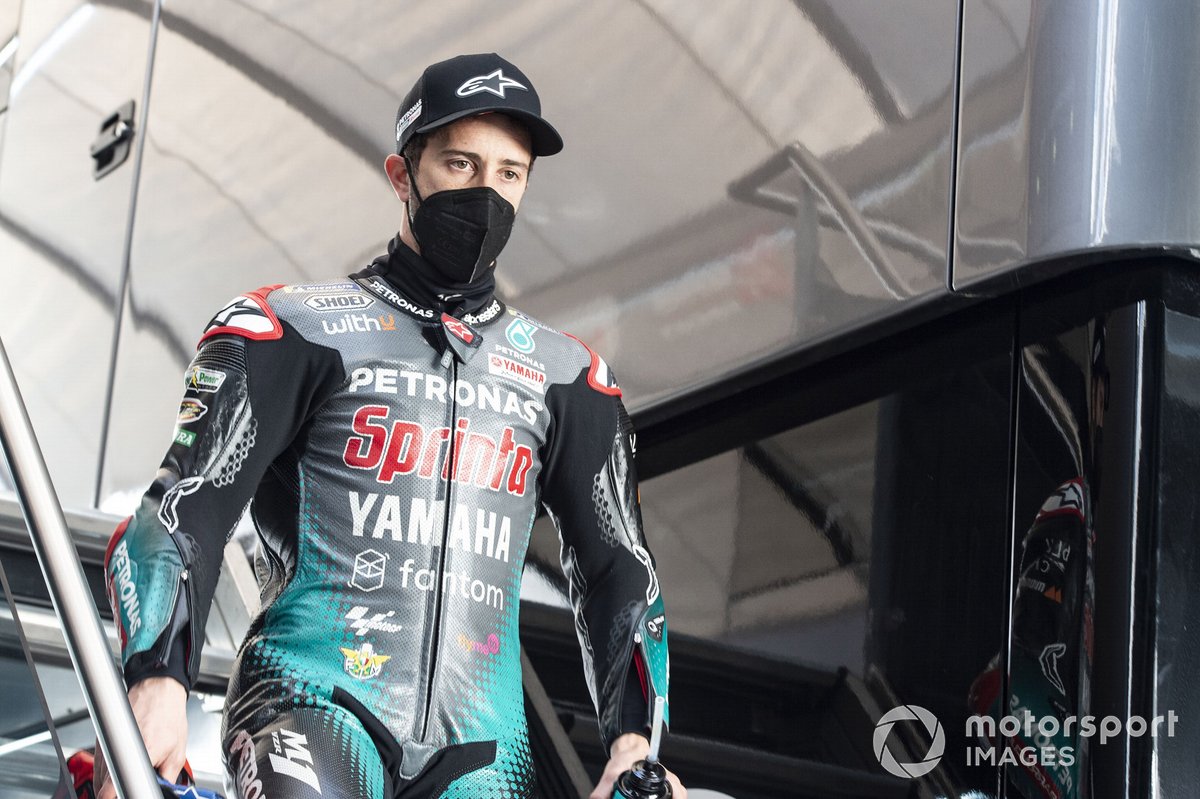 When asked if to specify where he's losing the most, Dovizioso added: "For sure on the acceleration I'm losing.

"I'm not that good on exit because I'm trying to accelerate but there isn't the grip where I want, so I'm not that smooth.

"And also on the braking, compared to the new Yamaha, I'm losing. I think the new Yamaha is able to reduce the speed in a better way.

"So, we are working on small details and if you already know this, this and this there, there and there, you lose at the end of the lap – especially in my situation where still I[m not using the bike in the best way – it's still a bit difficult."