Andrea Dovizioso has been airlifted to the Coventry hospital after a huge crash at the start of MotoGP's British Grand Prix, after which the Italian had temporary memory loss. 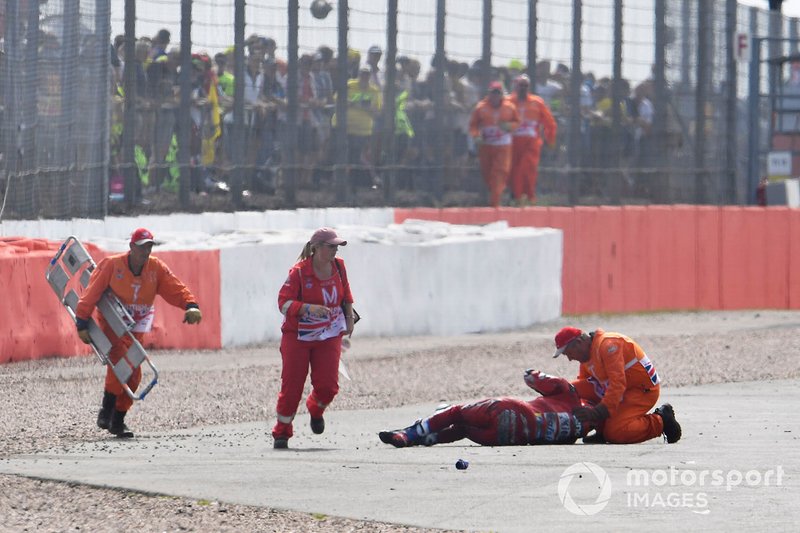 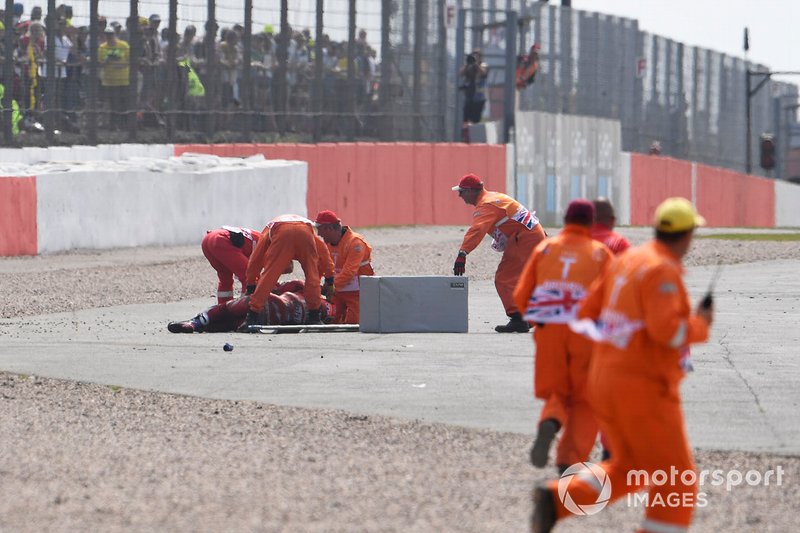 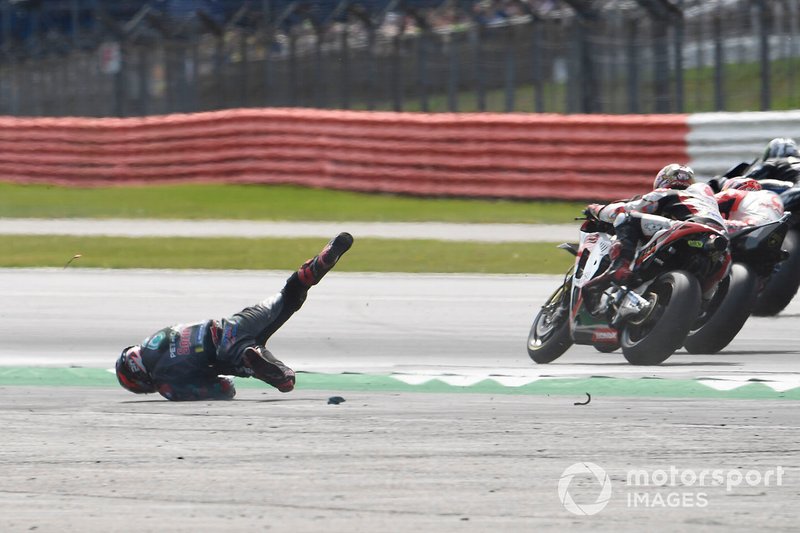 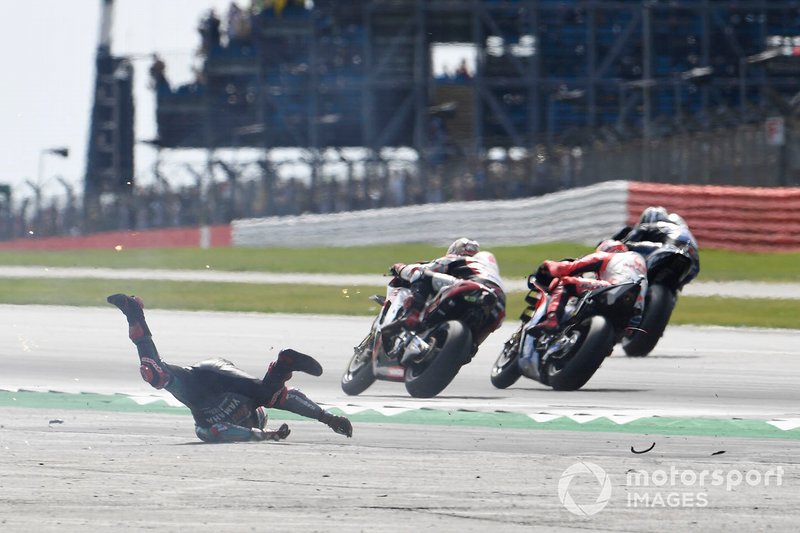 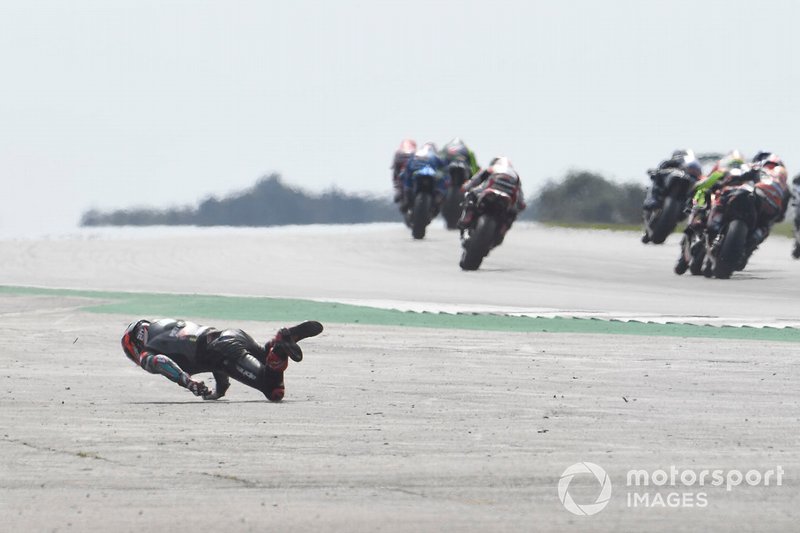 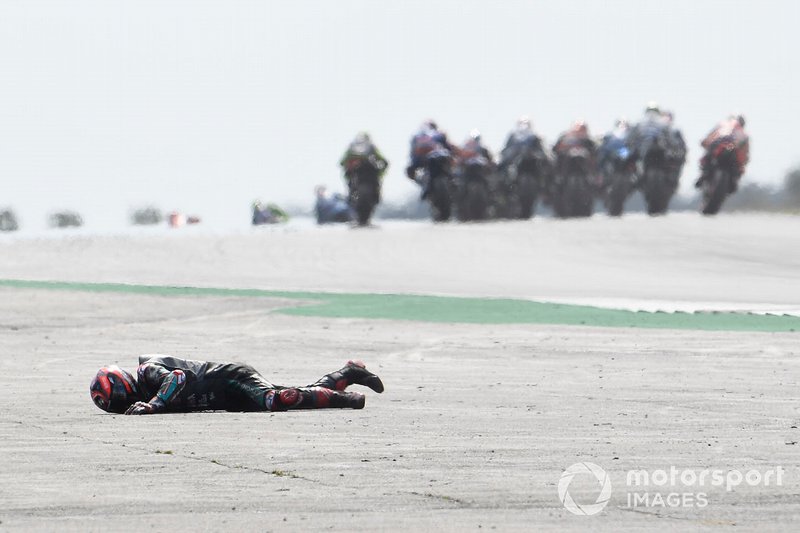 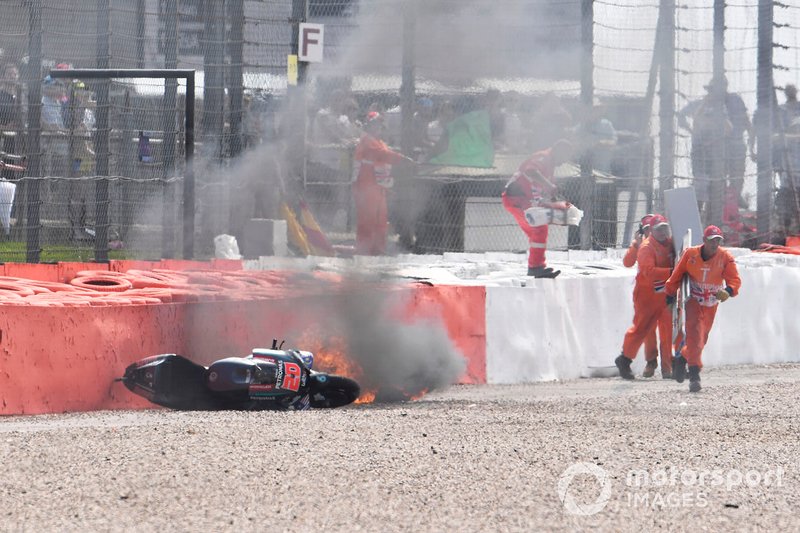 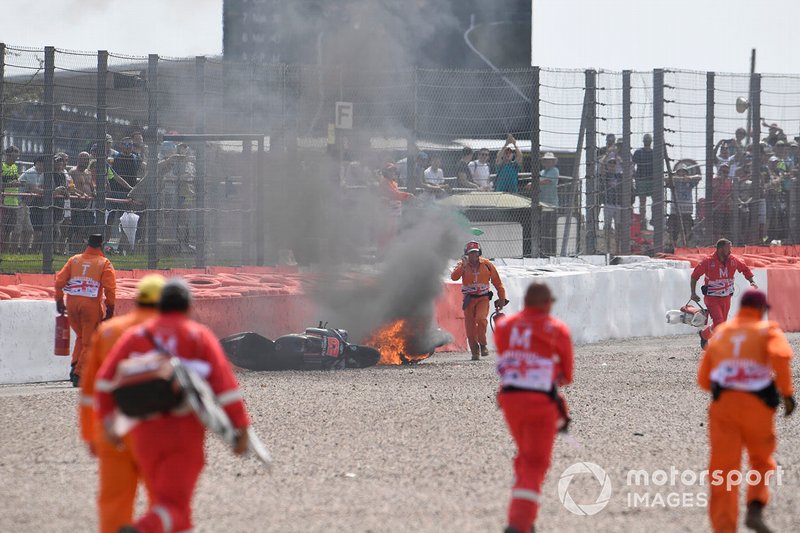 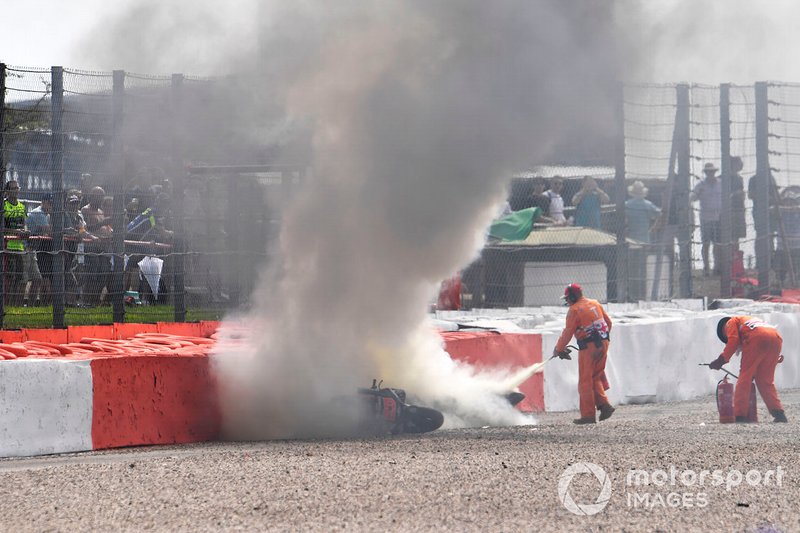 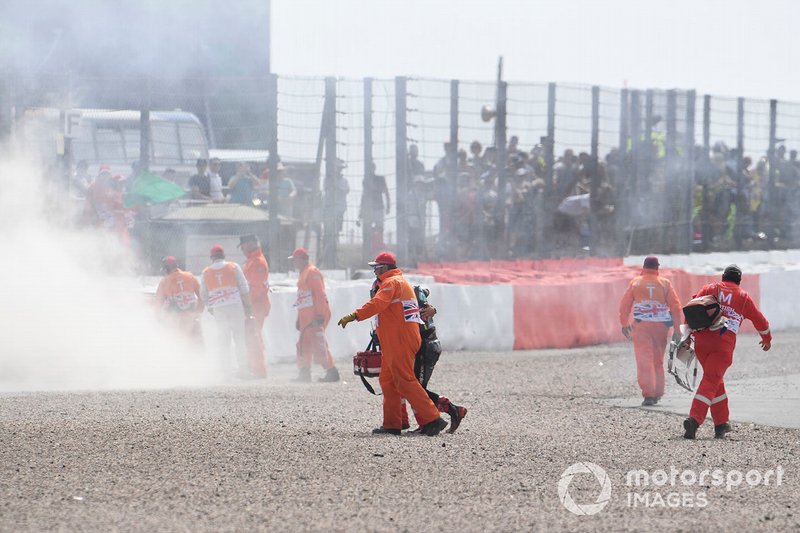 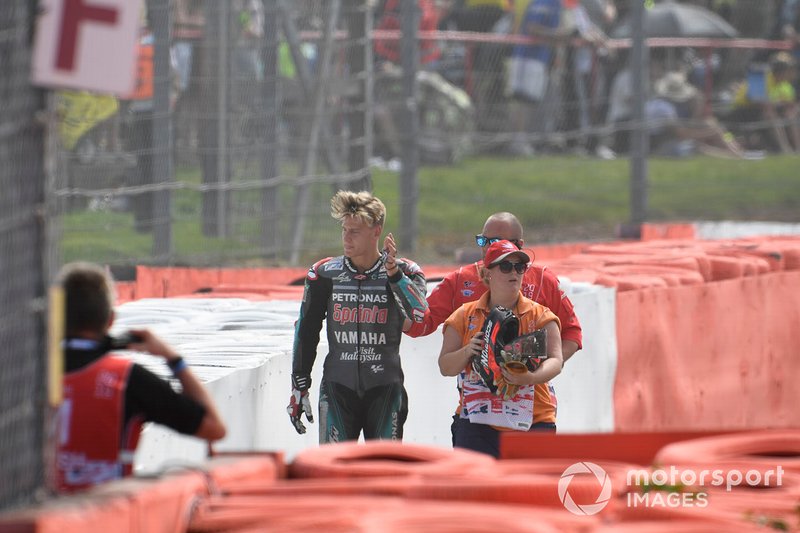 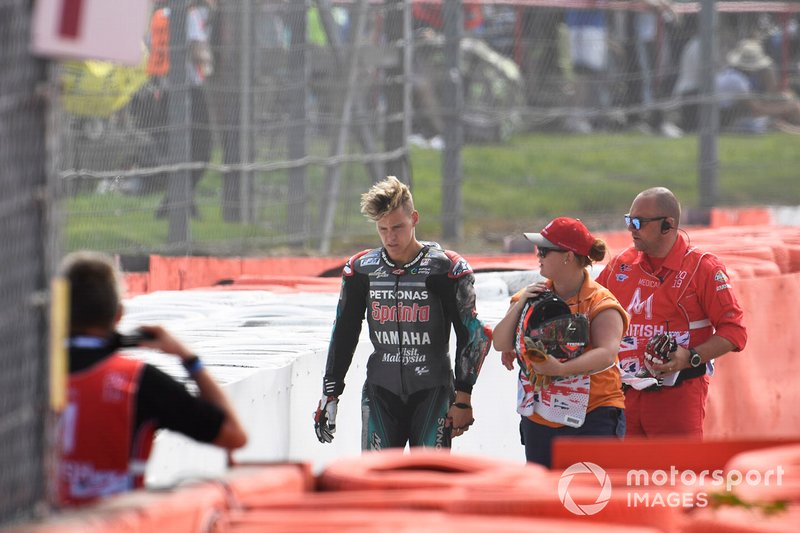 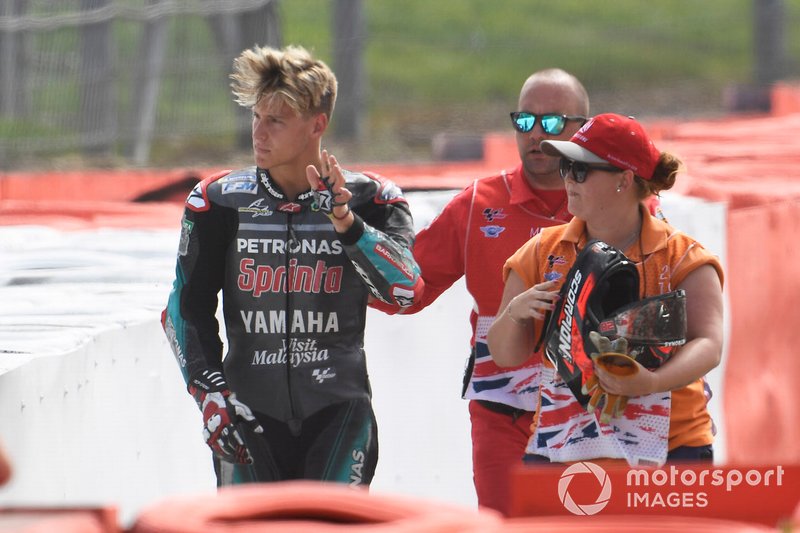 Dovizioso was unable to avoid the highsiding Yamaha of Fabio Quartararo through Copse at the start of the British GP, and his Ducati ramped off the crashed M1 bike.

Dovizioso's Desmosedici caught on fire, while the Italian had to be taken away from the site of the crash on a stretcher - although he was later seen standing on his feet to the side of the circuit.

However, Dovizioso reported a lot of pain in his hip and suffered brief memory loss after the crash, as reported by Ducati sporting chief Davide Tardozzi and MotoGP doctor Angel Charte on Sky Italy.

The Italian rider had gone to the track's medical centre and was then taken to the Coventry hospital for precautionary checks.

It is the second time Dovizioso was an innocent bystander of a big crash this year as he was taken out by Jorge Lorenzo in Barcelona.

His deficit in the championship to Marc Marquez is now up to 78 points as the Honda rider finished the British Grand Prix second to Suzuki's Alex Rins.

UPDATE: Quartararo was also taken to the Coventry hospital following the race.

He said to the media that he was "okay" after his incident but the Frenchman still went to the hospital due to feeling dizzy.

While Quartararo's fall was not quite as big as Dovizioso's and he walked away from the site, he was still visibly shaken by the incident afterwards.

Dovizioso's scans in Coventry revealed no injuries and the Ducati rider is able to leave the hospital on Sunday evening.

The official update by Ducati said: "The result of the scan made to Andrea Dovizioso at ​​the Coventry Hospital doesn’t show any damage and the rider will come back home tonight."