Ducati is alone among MotoGP's 'big' manufacturers in not having firmed up either of its 2021 riders so far - so is there any truth in rumours that Andrea Dovizioso is being courted for a KTM move?

Earlier this month, Suzuki became the second manufacturer to complete its works line-up by confirming Joan Mir alongside Alex Rins for a further two seasons, joining Yamaha - which firmed up deals with Maverick Vinales and Fabio Quartararo back in January.

Honda meanwhile has yet to name a partner for Marc Marquez next year, but with the six-time premier-class champion nailed down until the end of 2024, it's fairly clear where the Asakadai-based manufacturer sees its future.

Things are less clear-cut with Ducati, which, having failed to lure Vinales, Quartararo or Mir, said it would take its time to choose from among its existing stable of five works-contracted of riders who would ride the factory Desmosedicis next year.

Then, Dovizioso's agent Simone Battistella threw a curveball into the mix late last month when he declared that Ducati needed the Italian rider more than Dovi needed Ducati, implying serious interest in the 34-year-old from a rival manufacturer.

"In the best-case scenario the championship will not start until the end of July and then it will be too late," added Battistella, suggesting his client's future would be sorted before then.

Right now, Dovizioso and Ducati are not seeing eye-to-eye when it comes to money. Dovizioso wants any new contract to reflect the fact he has finished as runner-up to Marquez for the past three seasons, but the Borgo Panigale marque doesn't believe that such opulence can be justified in a post-coronavirus world.

Ducati sporting director Paolo Ciabatti said back in March: "What is happening [with COVID-19] will change the way we live, think or do things. There will be a strong effect on the world economy with obvious repercussions for sport, and MotoGP will not escape that."

In response, Battistella stirred things up by stating: "Money can be a problem if Ducati refuses to recognise the value of Dovizioso." 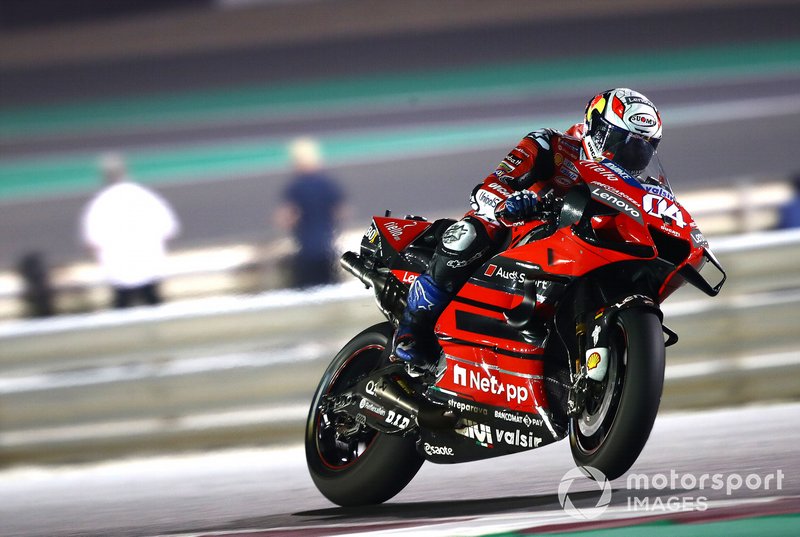 It's against this backdrop that speculation arose about Dovizioso potentially making a sensational switch to KTM for 2021. Sky Italia reported that the man from Forli has been made a generous offer by the Austrian manufacturer, with help from its title sponsor Red Bull.

But this contradicts remarks made recently by KTM CEO Stefan Pierer, who told Speedweek he would like to renew the contracts of all four of his existing MotoGP riders - Pol Espargaro, Brad Binder, Miguel Oliveira and Iker Lecuona - before the season starts.

If it's the Dovizioso camp's intention to place pressure on Ducati, then it appears that KTM isn't playing along.

"Our intention is to start the 2021 season, the first normal year after this crisis, with the current riders, keeping the teams as they are now," Pierer said.

The most important of KTM's four riders of course is Espargaro, who this year is entering his seventh season in MotoGP and his fourth as a KTM representative. Star test rider Dani Pedrosa is said to have made it clear to his bosses how vital it is Espargaro is retained.

For Espargaro's part, the 28-year-old is likely to want a contract that acknowledges his central role in the development of the RC16. And to that end, he has been happy to humour some of the wilder speculation that has sprung up linking him to a place at Honda.

With Alex Marquez signed to only a one-year deal, there is in theory a place up for grabs alongside the elder Marquez next year, and Honda team boss Alberto Puig poured petrol on that particular fire when he declared that: "I think [Pol] would go very fast on a Honda."

In response, Espargaro said: "Honda is an option that could be good for me, it's an aggressive bike and it could fit my style. But I feel very good at KTM and it is my first choice, I feel comfortable and I see my future with them."

It's understood that amid this diversion, Espargaro has made some preliminary contact with Ducati, casting himself as an ideal replacement if negotiations with Dovizioso break down.

So, could there be a straight rider swap between Ducati and KTM? It appears very unlikely. The uncertainties surrounding the COVID-19 situation is not conducive to manufacturers taking major risks with their rider line-ups, so the smart money would be on Dovizioso and Espargaro staying with their respective employers in 2021. 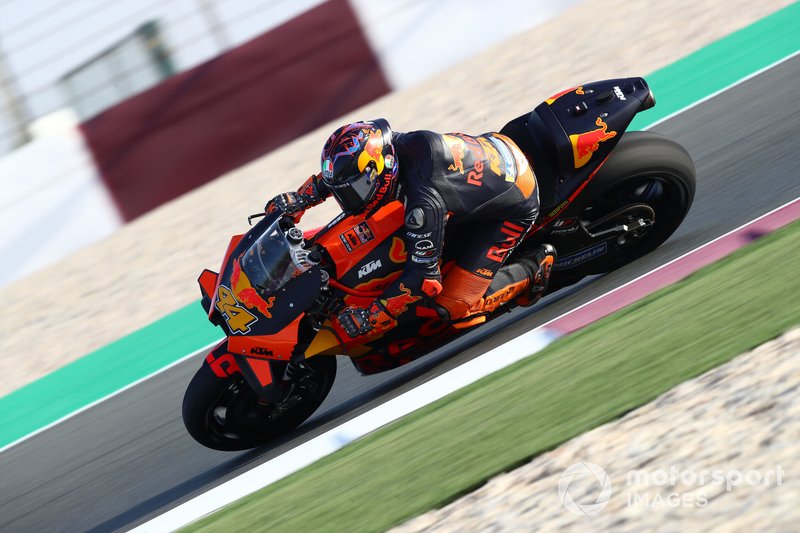