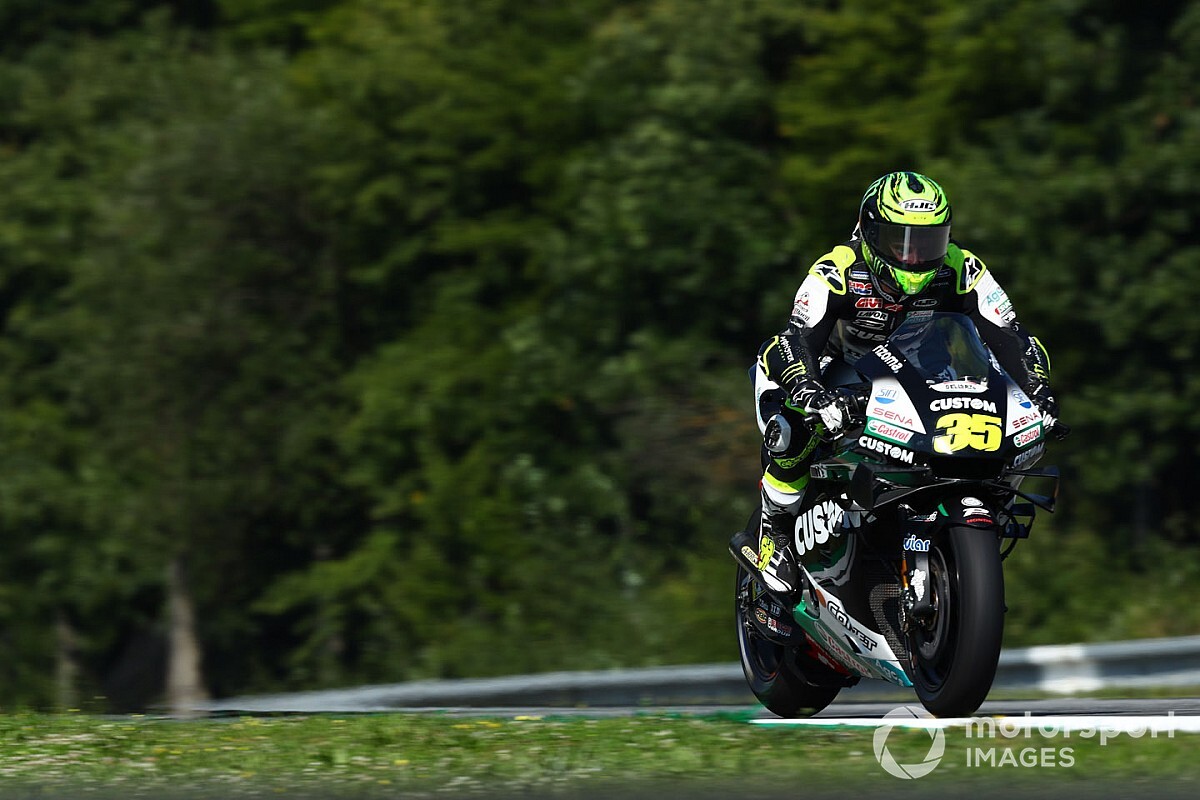 Cal Crutchlow believes the new yellow flag rule could make qualifying “more risky” because it will force MotoGP riders to “go out like lunatics” to get a lap in early.

The LCR Honda rider crashed at Turn 9 in the final two minutes of Saturday’s Czech Grand Prix qualifying, which brought out a yellow flag in that sector.

This caught out KTM’s Pol Espargaro, who had his lap - which would have been good enough for second - cancelled as per the new rules regarding yellow flags, and dropped to sixth on the grid instead.

Espargaro was seething at this, claiming the yellow flag wasn’t shown in the correct position of the corner and will appeal the decision.

Crutchlow understands Espargaro’s frustration, and says he doesn’t “100%” agree with the new rule.

“I think with regards to Pol, as I said it’s disappointing for him,” Crutchlow said.

“I crashed and messed up his qualifying, but unfortunately that’s life and these are the rules.

“I had it earlier on in one of the sessions, I had a lap time cancelled because I never saw the yellow flag in the exact same corner.

“It’s so difficult to go around, you are pushing, you see your sectors are [up], you are on a better lap and suddenly someone’s crashed and it’s not your mistake and your lap is scrapped.

“At the start of the session every single guy is going to go out like lunatics to make sure they are on laps immediately.

“Unfortunately for them it’s spoiling the show. They wanna see the last laps, with  the fastest laps on the last laps [when] there’s no seconds left and there are not gonna see that with the yellow flag thing.

“Now I fully understand that someone has crashed in the gravel and another bike comes in or another rider comes in, I’ve been involved in accidents like that and it’s not nice.

“But we race the motorcycle and we understand the risks.

“The marshals they do a great job and the way that they do it with a guy spotting etc… it’s hard to say they know the risks as well. But at the end of the day they are very professional in that sense as well.

Crutchlow added: “I understand that in the end it could be a difficult situation if somebody was hurt, obviously.

“Now, we have to respect the yellow flag, maybe in that sector we lose a bit of time.

“But say Pol was half a second under his own time, in that sector he could have lost two or three tenths in that corner, that means he is still two tenths up on his own best time and he can keep that lap going instead of scrapping the whole lap.”