Crutchlow: Vinales’ speed in MotoGP only comparable to Marquez

Yamaha MotoGP test rider Cal Crutchlow believes “nobody is faster” than Maverick Vinales other than six-time world champion Marc Marquez, saying he could win a title “with his eyes closed”.

Vinales will quit Yamaha at the end of the 2021 season a year earlier than planned as his relationship soured irreparably with team management across a largely difficult campaign.

After winning convincingly on the opening night of the championship in Qatar in March, Vinales has only scored one further podium as his form has once again proven to be wildly inconsistent.

This inconsistency reared its head in a big way in the back-to-back German and Dutch Grands Prix, when Vinales went from finishing last to qualifying on pole and finishing second.

That’s in stark contrast to team-mate Fabio Quartararo, who has won four races and leads the standings by 40 points after the opening 10 rounds of the season.

Vinales is expected to join Aprilia in 2022, with an announcement imminent.

Crutchlow admits he doesn’t agree with Vinales’ view about Yamaha, but believes on pure speed Vinales is comparable only to Marquez.

“In one way if he’s not happy with the situation, then he’s done something about it,” Crutchlow said.

“But, I don’t agree with it because I think Yamaha absolutely over his whole time have given him everything they could have ever given him without fail.

“So, you can’t go from winning one week to finishing last the other and then they go ‘ok, we’re not going to give you anything this weekend’.

“It doesn’t work like that, so the problem as we know is more what is going on with Maverick.

“But that’s his feeling, it’s his feeling with the bike that’s the problem, not a problem I believe of the motorcycle or the manufacturer or the team.

“But if I look at Maverick Vinales, his speed and talent-wise, along with Marc Marquez, there is nobody faster in the championship and he could win a world title with his eyes closed if he puts everything together.” 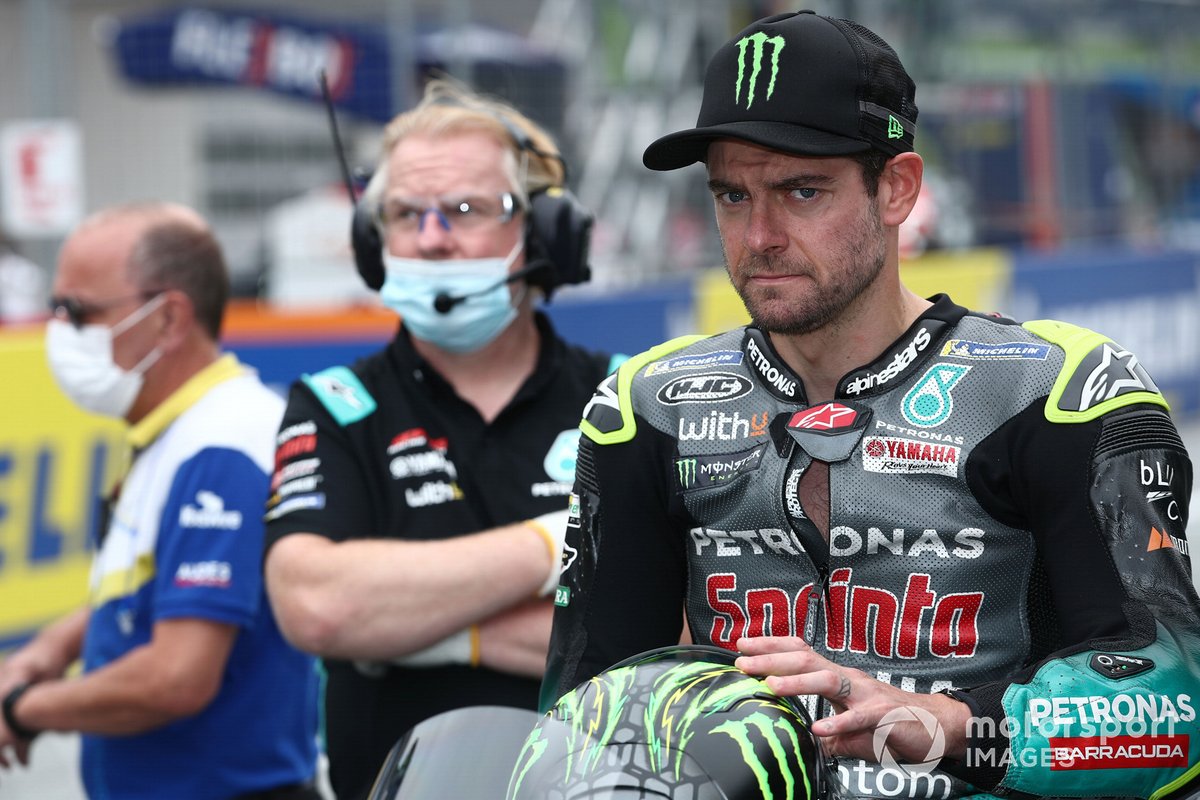 Despite not agreeing with his decision, Crutchlow says he respects Vinales for making it, liking it to Johann Zarco quitting KTM midway through 2019 or his own decision to leave Ducati after a difficult season in 2014.

“No, because I never had that because I never finished last one week and second the other,” Crutchlow said when asked if he could understand what was going on with Vinales.

“No, I can’t understand it, I’m a big fan of Maverick, he’s a friend of mine.

“Even when I was racing, I had good relationships with most of the riders because I could separate it very well, I didn’t care.

“But, as I said, I really respect his decision in leaving Yamaha because that’s what he wanted to do and it takes balls to do that, honestly speaking.

“I haven’t seen anyone else doing it except Zarco a few years ago and when I did it at Ducati.”