Crutchlow: Qualifying would have been "unrideable" 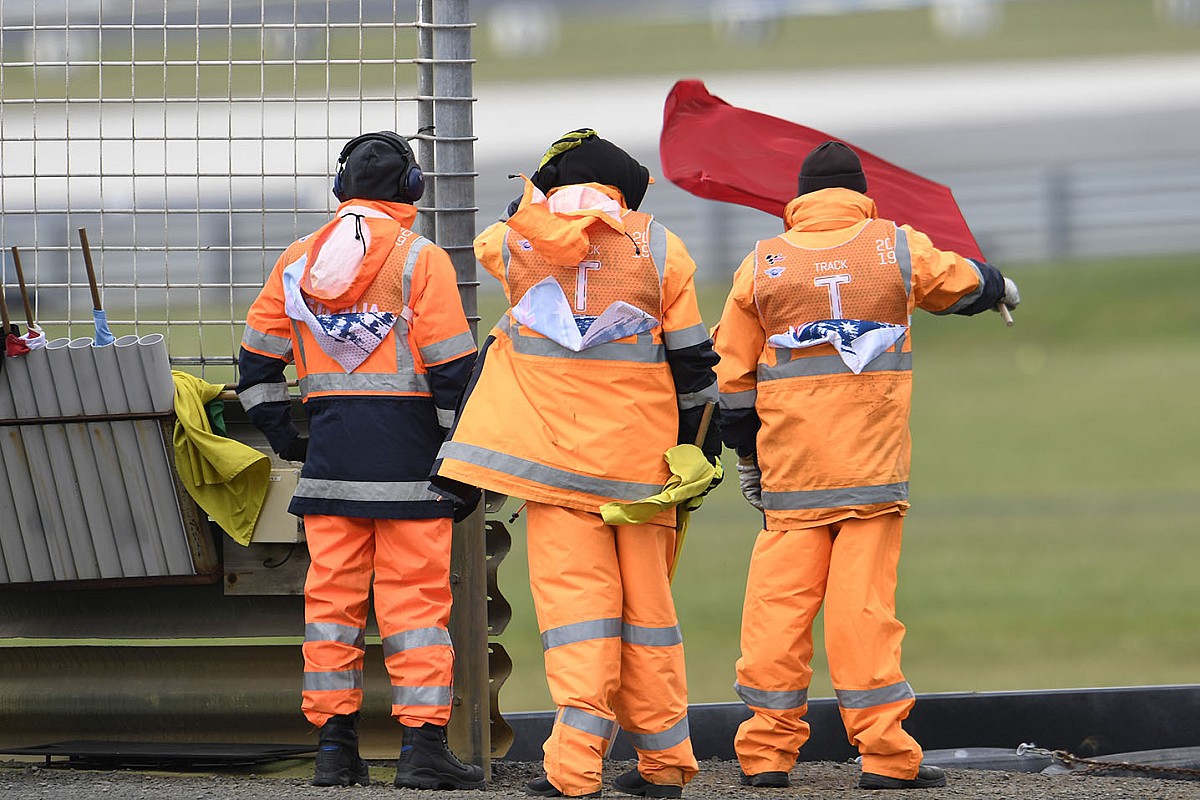 LCR Honda rider Cal Crutchlow says conditions on Saturday during MotoGP Australian Grand Prix practice were not “rideable”, and is “glad” qualifying was pushed back to Sunday.

High winds wreaked havoc with Saturday’s MotoGP schedule, with only 12 riders taking to the track in a red-flagged FP3, before the day was abandoned altogether during FP4 as conditions failed to improve.

A safety commission meeting was called during the red-flag period in FP4 – initially caused by a scary crash for Miguel Oliveira at the first turn – where almost all riders agreed it was unsafe to continue.

“These decisions don’t get taken lightly, and I think we made the correct decision not to ride,” said Crutchlow.

“The safety commission made the correct decision, because you out there the conditions for our bikes were horrendous.

“Moto2 went out in front of us and they had not as many problems, but people seem to forget they’ve got half the horsepower that we’ve got.”

Crutchlow notes some wanted to ride, but believes the riders would have “looked like idiots” had they continued and another big incident occurred.

“Some people wanted to ride, some people didn’t,” he added. “It’s as simple as that. I think if we all went out and something would have happened, I think we would have all looked like idiots and that’s the reality.

“You saw what happened to Miguel. I was behind him coming down the straight, so I saw first-hand how easy it is you can fly off track.

Petronas SRT’s Fabio Quartararo also labelled the conditions as “unrideable”, while Pramac’s Jack Miller agreed with the decision to cancel Saturday’s running – but also stated he is a “firm believer of riding to the conditions.”

“It is what it is,” Miller said. “We all had a chance to voice our opinion, we took a vote. We know what the vote was.

“The biggest thing is safety for sure. It’s not safe, but I’m a firm believer of riding to the conditions.

“[If] the conditions are that bad, slow down. But it is what it is. I 100% agree with them because also if something bad did happen, for example [like] with Oliveira – that also happened to me on my first lap.

“As you go past the tents on the main straight doing nearly upwards of 350km/h and the bike’s wheelying and you get by a 60km/h gust of wind on the side, it sort of shifts you two metres.

“And if you’re close to the kerb you end up on the grass. We know how wet grass is on slick tyres, it’s not very good.

“So, I think they made a great decision.”