RNF Racing stand-in Cal Crutchlow believes MotoGP qualifying has become more like Formula 1 in how a rider has to manage a session.

The Yamaha test rider will contest the final six races of the 2022 season replacing the retired Andrea Dovizioso at RNF, beginning this weekend at the Aragon Grand Prix.

Crutchlow suffered a 300km/h crash in FP3 on Saturday morning which stopped him from being able to challenge for a place in Q2, which he believes was possible despite not having raced since last year’s Aragon round when he was a factory Yamaha sub.

He then went on to qualify 19th, just over a tenth clear of full-time factory Yamaha rider Franco Morbidelli, but admitted it was “strange” he was disappointed with that as he felt he could have been more competitive.

The three-time MotoGP race winner also noted that, since he retired at the end of 2020, the way qualifying sessions have to be managed have become more like what is seen in F1.

“Disappointed, which is strange, because I thought I wasn’t going to be competitive within myself,” Crutchlow said.

“In FP3 I obviously crashed, but in FP3 I honestly believe I had a chance to go through to the Q2.

“I went into qualifying, I was optimistic. I didn’t do a bad lap on the first run, and qualifying’s gone – even from when I did it last year – very much like in Formula 1.

“You put an average first run in, but know where you can improve it seems.

“We used to just go flat out, as hard as you can. It seems now you go out, you do a run that’s sort of bed in, do a good lap time but say ‘ok, I can take a tenth here, a little bit there’ and everyone goes for it in the second run.

“But in my second run I had yellow flags. I had the yellow flag on the first lap, and then I scrapped the lap completely.

“Went really slow because there were some riders, I stayed out, I wanted to be on my own. I went to go and the right hand side of the front tyre was cold.

“So, I went round Turn 2 average, but I got up to Turn 5 and there yellow flags. I was still under my best time by a good amount even though I rolled off essentially. So, I know I could have gone faster. But it is the way it is.” 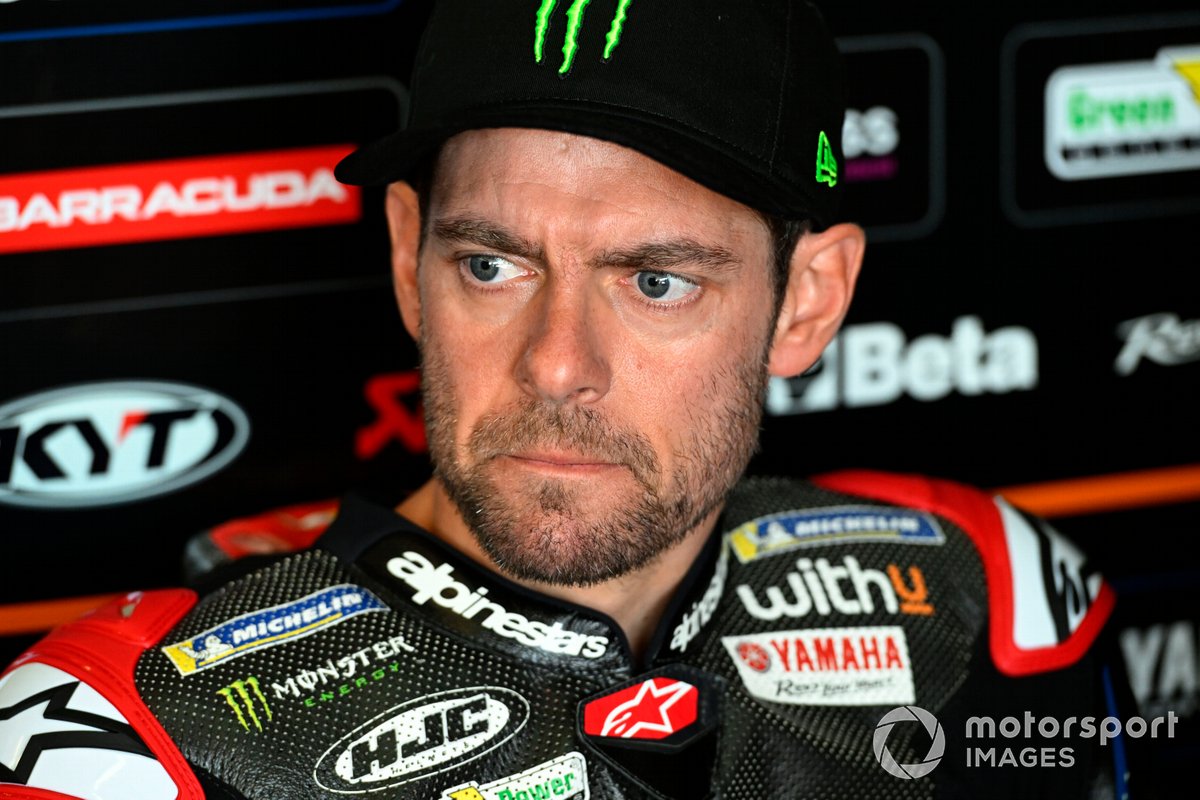 Though standing in for six races at RNF, Crutchlow is still very much testing things for Yamaha.

Having spent this weekend at Aragon trying electronics changes, the Briton admits he hasn’t made any mechanical set-up changes to his M1 yet and won’t do so until warm-up on Sunday morning.

“We have not touched one setting the whole weekend,” he added.

“Nothing. We’ve been doing everything electronically, and to see if these electronic changes [work] we can’t really touch the bike.

“So tomorrow morning will be the first time we will have done anything with the bike – and I mean anything.”