Cal Crutchlow reckons that Marc Marquez is happy with this year's Honda MotoGP bike being more difficult to ride, saying that nobody else can lean the bike as much as it requires.

While Marquez has had immense success with this year's RC213V, his teammate Jorge Lorenzo has so far struggled to adapt to it, while LCR rider Crutchlow has only finished in the top six twice.

Crutchlow has mainly complained of a lack of feeling on corner entry as the bike requires a very high lean angle, as seen by Marquez leaning as far as 66 degrees.

The Briton says Marquez is using this fact to his advantage as nobody else can ride the way he can.

"We need to lean this bike more to turn but every time I lean the bike more I slide off the bike. I crash. That is just not my style," said Crutchlow.

"This is why Marc is using it to his advantage that in the end, he knows nobody else can ride the Honda and he can.

"He knows that he is the fastest on it and he is the most competitive. He is clever with it."

But Marquez says that he doesn't want to ride with such a high lean angle, and is trying to find fixes.

The Spaniard tested a new Honda chassis last time out at the Sachsenring but wasn't confident enough with it to use it in the race.

"We are using a lot of banking, too much," said Marquez, who dominated the race on the old chassis. "Why we are using banking? Because the bike is not turning. 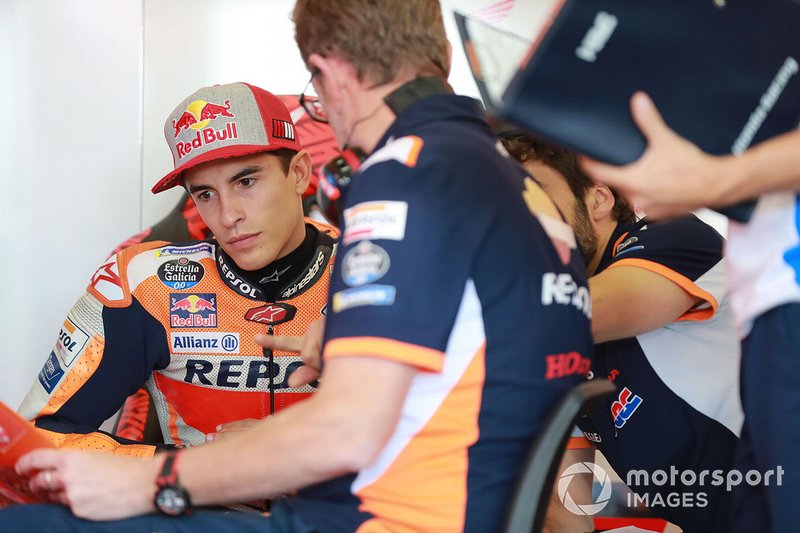