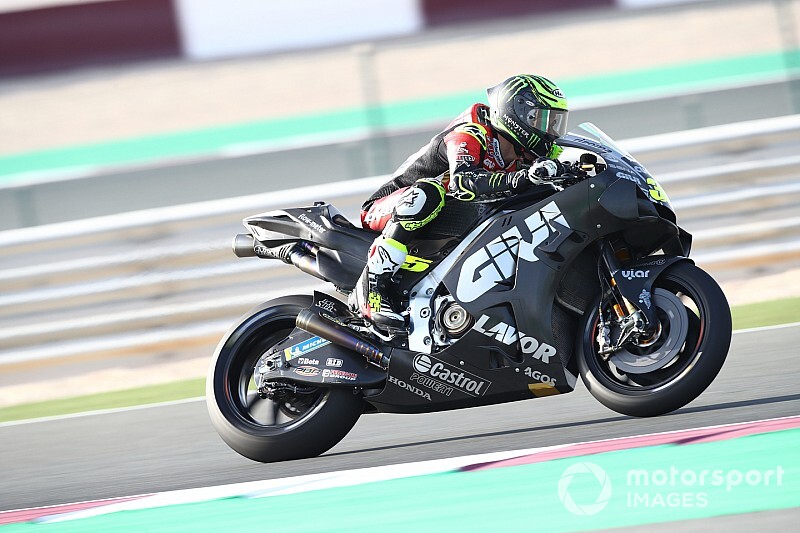 LCR’s Cal Cructhlow admits he is having to ride the 2020 Honda MotoGP bike “quite amateur” just to “stay on” it and feels worse on it in Qatar than in Malaysia.

Crutchlow revealed at the Sepang pre-season test two weeks ago that the new-spec RC213V is worse at turning than its predecessor, which he was very vocal about across the 2019 season.

The LCR rider was 1.295 seconds off the pace in 19th on the opening day of the Qatar test on Saturday and, though he says he “never put any [soft] tyres” on for a time attack, he says the feeling on the bike is worse than it was at Sepang and this has “prevented” him from going quicker.

“I don’t have a good feeling and I was prevented from going faster,” Crutchlow said.

“But at the moment, the way you have to ride the bike to stay on the bike is quite amateur.

“You have to ride really slow and it’s like you can’t force the bike at the moment, whether you’re going to be able to stay on it or not. It’s quite strange. 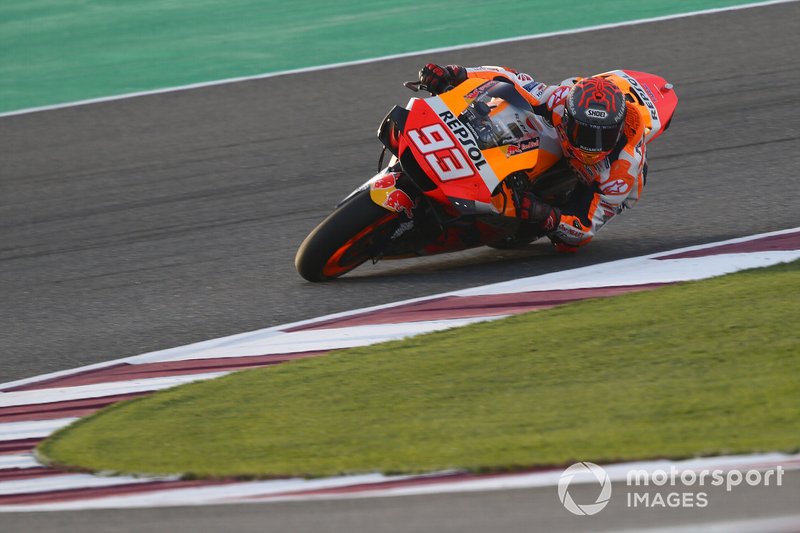 Crutchlow continued to praise the RC213V’s gains in acceleration over last year’s bike, and pointed out that he had a similarly difficult time at the Qatar test last year before going onto finish third in the race.

But he concedes that, while the first day of a test is “normally more difficult for Honda riders”, it is unlikely he will make a significant step forward with the bike ahead of next month’s season-opener in Qatar.

“We also had this problem here last year, but now the same problem seems more [pronounced] and it makes it difficult.

“But me and Marc finished second and third here last year [in the race].

“So, the first day of a test is always strange, but I don’t think we can really make a massive step for the race weekend.

“I wasn’t able to be fast, which was strange. I was able to be consistent and consistently not fast enough, but I should have been able to go faster than what I did.

“But I just never had a great feeling with the bike and I think it was quite… the first day is always normally more difficult for Honda riders more than other riders, and then we’ll start to analyse with the engineers tonight and then normally the second day is a bit better.  But we need to improve.”