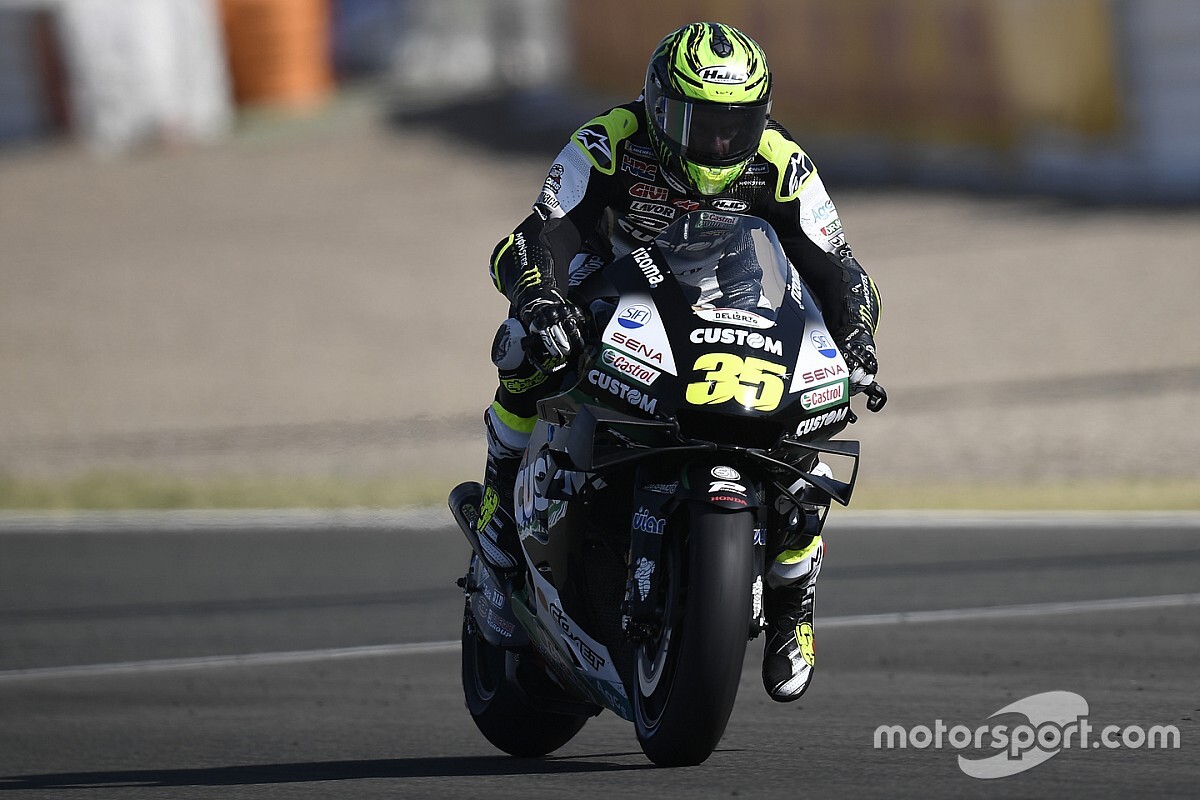 Cal Crutchlow doesn't believe Honda will change its philosophy to make a more user-friendly MotoGP bike in light of Marc Marquez's injury, and doesn't think it needs to.

Reigning champion Marquez broke his right humerus in a crash during the Spanish Grand Prix while recovering from a spectacular front-end slide while leading earlier in the race.

He missed the Andalusian GP following surgery – despite his best efforts to return – and will sit out this weekend's Czech GP after undergoing a second surgery after damaging the plate while "trying to open a window" at home.

The RC213V has won six of the last seven titles in MotoGP with Marquez, but has been notoriously tricky to ride – with LCR rider Crutchlow telling Motorsport.com ahead of the first Jerez race that the front end of the Honda was still "critical".

Honda has repeatedly refuted the notion that its bike is difficult to ride, owing to its success in the last decade, and Crutchlow doesn't feel, so long as it has Marquez, that it should do anything to change the bike too much.

"Taka [Nakagami] showed last week that the 2019 bike was competitive again even this year.

"What I have been asking for over the years is a more neutral bike and easier bike to ride it over a season that all the riders can be competitive, like we see with other manufacturers.

"It seems the Honda is a lot more difficult, you can either win on it or be 15th. I don't think they will change the philosophy, and I don't see the need to.

"Marc has been incredible over the years for them and keeps winning the title. So why would you change it? And if I was the engineer and if I was the people working at HRC I'd do exactly the same thing."

Honda and Marquez will continue together for the next four years, after both parties agreed a new deal earlier in the year.

In the past two MotoGP seasons, only Marquez and Crutchlow have gotten the RC213V to the podium, with both Dani Pedrosa and Jorge Lorenzo failing to get to the rostrum in their final campaigns.