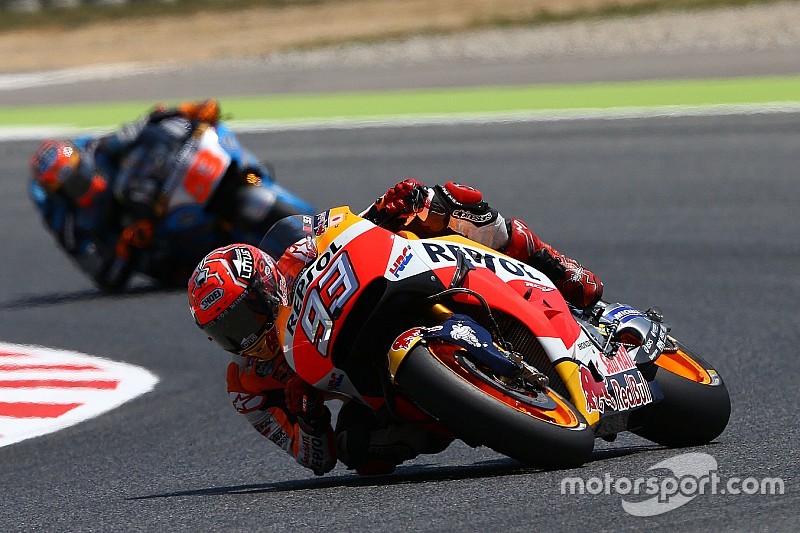 Honda’s Marc Marquez will start the Catalunya MotoGP round from pole position after dominating qualifying in Barcelona.

Marquez showed his intent immediately with 1m43.905s, following a potentially quicker lap with 1m45.494s as he got badly baulked by Barbera at the new chicane.

Pedrosa was third on 1m44.495s at this point, ahead of Suzuki’s Maverick Vinales and Rossi.

On his second run, Marquez made a mistake on his first lap, while Lorenzo improved to 1m44.056s – the Yamaha really struggling in the slow-speed final sector in relation to the Honda.

Pedrosa jumped to third on 1m44.307s ahead of the impressive Barbera – who will start from the inside of row two on his satellite Avintia Ducati.

Rossi will start fifth, lapping in 1m44.324s on his last lap, with Vinales demoted to sixth.

Barbera and Dovizioso progressed from Q1, in which Suzuki’s Aleix Espargaro and Tech 3 Yamaha’s Bradley Smith were among those to fail to make it through.