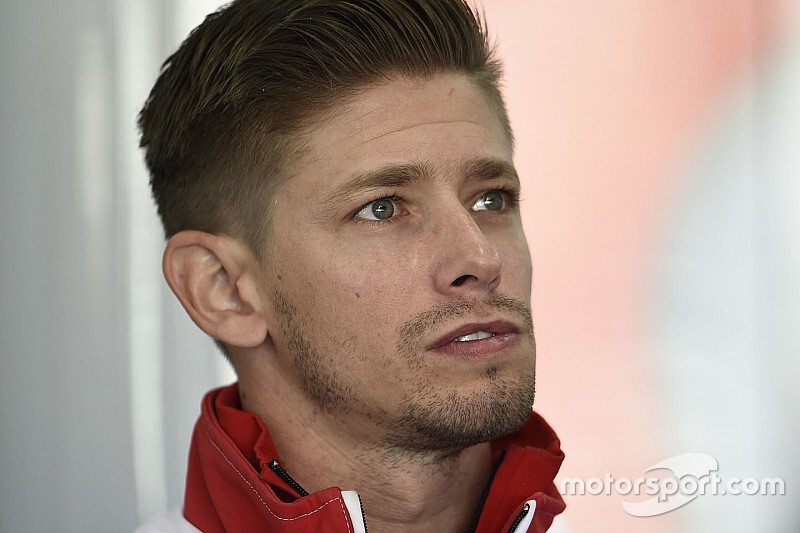 Casey Stoner has opened up on a fresh battle with chronic fatigue that has left him unable to stay fit enough to do any meaningful riding.

The retired two-time MotoGP champion revealed on the latest episode of the Rusty's Garage podcast that he's currently on medication to deal with a serious bout of chronic fatigue syndrome.

It's not his first battle with fatigue, the Aussie missing three races back in 2009 for chronic fatigue that was later linked to an intolerance to lactose.

According to Stoner, this new fight against fatigue is serious enough that even taking part in hobbies such as karting and archery is out of the question.

"I haven't been out [karting] in over a year now," he told host Greg Rust.

"I haven't done the things that I enjoy a lot these days. It's been a little frustrating. I haven't pulled a bow back in probably 10 months or more.

"Basically, what happens, with the chronic fatigue I'm not able to keep myself fit and healthy. I've got a problem where my ribs go out often, and they're connected to your vertebrae. They'll go out of place and that puts my back out.

The chronic fatigue has also kept him out of the saddle in terms of tarmac bikes. In fact, he says his last serious hit-out on two wheels was the group test with Ducati's MotoGP squad at Sepang in January 2018.

"The first time I've been on a road-based bike since January last year, which was testing, was only a couple of weeks ago when I was in the US on my birthday for an Alpinestars event," he said.

"We did a little bit of riding around with a few guys. We didn't push or anything, but it took it out of me enough."

Stoner added: "These last few months I've been improving with some new medication that I'm on, but I'm still nowhere near training and getting out and doing things.

"Otherwise it just puts me on the couch for a good week or so, or at least four or five days, and that makes it hard on the wife."

Marquez won't be fully fit for start of testing in 2020