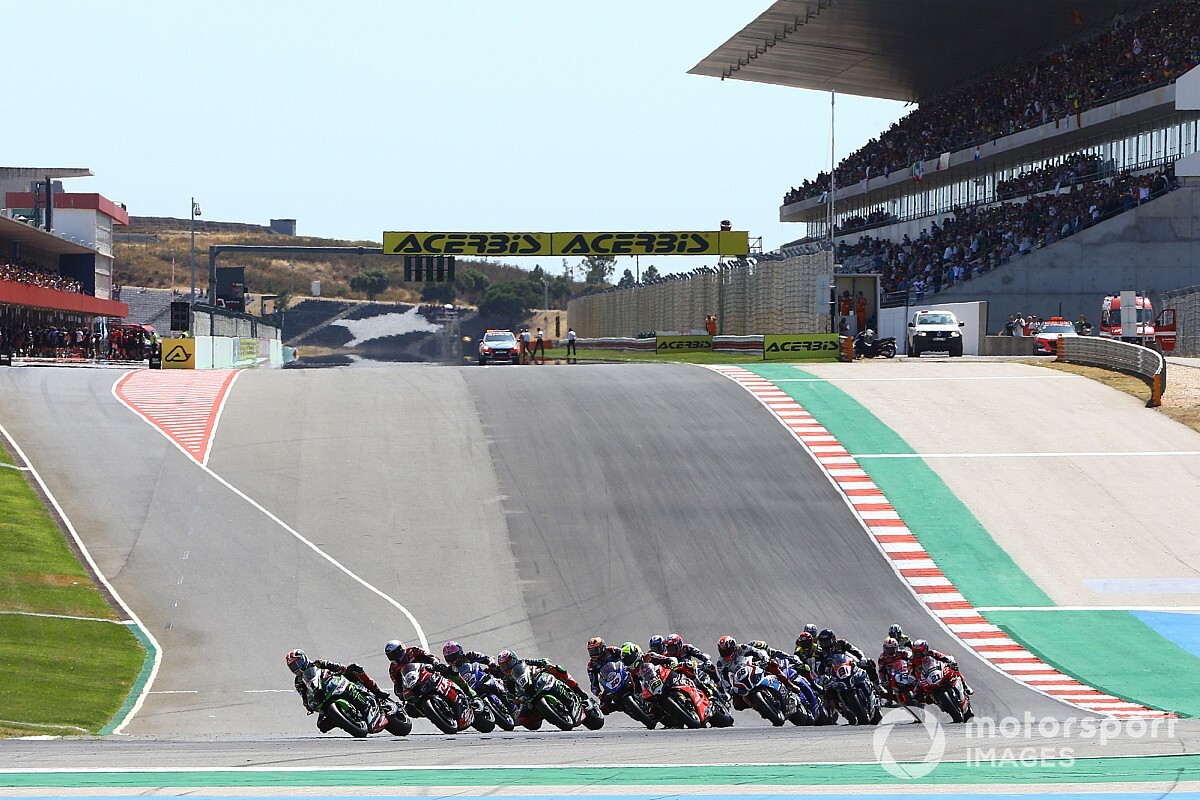 MotoGP has cancelled the remaining flyaway races in Argentina, Thailand and Malaysia for 2020, but is set to add Portugal to the calendar as the 14th race.

The original 2020 season was set to be the longest in MotoGP’s history, with 20 rounds beginning in Qatar and ending in Valencia, with stops off in the Americas, and Asia bookending the campaign.

However, the coronavirus pandemic forced the opening round in Qatar to be cancelled for the premier class (Moto2 and Moto3 still raced as all teams were already in Doha when travel restrictions kicked in) and a major reshuffle of the schedule.

A provisional 13-round campaign was announced in June, beginning in July with two rounds at Jerez and ending in November with a Valencia double-header.

Space was left on the calendar for the four flyaway races that were yet to be officially canned for 2020 to take place no later than 11 December.

This soon became three when the US Grand Prix was scrapped, with MotoGP promoters Dorna Sports now confirming the Malaysian, Thailand and Argentine GPs will not become additional races in 2020.

However, Thailand has also been granted a contract extension until 2026.

"It is with great sadness that we announce the cancellation of the Argentina, Thailand and Malaysian Grands Prix this season, and they will be very much missed on the 2020 calendar," said Dorna Sports CEO Carmelo Ezpeleta.

"The passion of the fans who often travel across continents to enjoy MotoGP with us in Termas de Rio Hondo, Buriram and Sepang is incredible, creating as they do such an incredible atmosphere and welcome for the sport.

"However, we are delighted to add another Grand Prix in Europe to the 2020 calendar, and reveal our new agreement that will see MotoGP racing in Thailand and Buriram until at least 2026.

"We are very much looking forward to returning to Thailand, Argentina and Malaysia next year and as always, I would like to thank the fans for their patience and understanding

However, an additional race is set to be announced by Dorna on 10 August, which Motorsport.com understands will be the return of the Portuguese GP at the Algarve circuit as the season finale.

This will take the season through to 22 November, instead of the original 15 November end point.

The Algarve circuit at Portimao is MotoGP's official reserve circuit, and is expected to feature on future calendars, potentially alternating with Valencia as the season finale.

Last week, Formula 1 announced it would be visiting the Portuguese venue later this season. MotoGP's event will mark the first in the country since 2012, when the Portuguese GP was held at Estoril.

This will be the first season since 1986 that no races will take place outside of Europe.

Other races cancelled this year were the Australian, Japanese, British, German, Dutch, Finnish and Italian GPs.

The delayed campaign kicked off on July 19 with the Spanish GP at Jerez, with the Andalusian GP at the same venue the following week.

Petronas Yamaha's Fabio Quartararo won both races, while reigning world champion Marc Marquez missed the latter after breaking his arm in a crash in the Spanish GP.

With the 2020 season now officially locked in at 14 rounds, just 12 races remain, beginning with the Czech GP at Brno next week followed by an Austrian double-header.