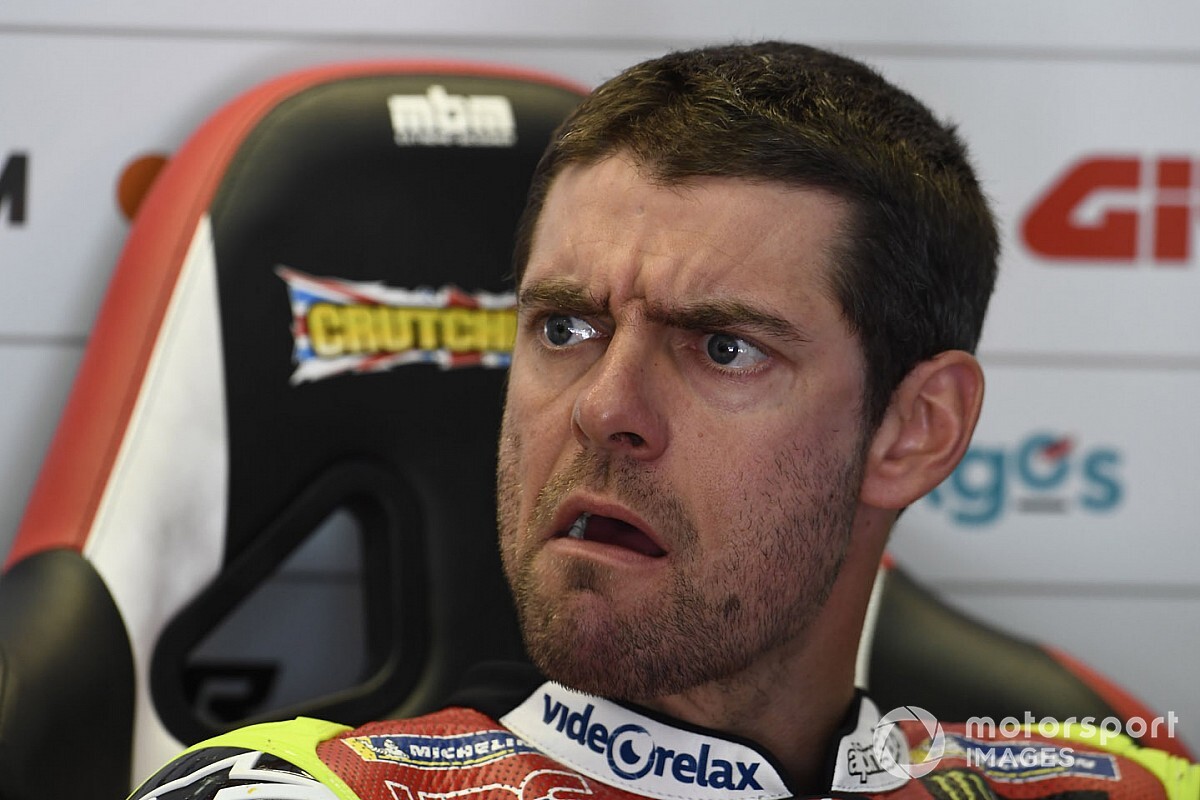 Cal Crutchlow admits he is “going round in circles” with the 2020 Honda MotoGP bike after the LCR rider qualified down in 18th for the Styrian Grand Prix.

Crutchlow has endured a difficult season on the troubled 2020 Honda, with his best result so far being 13th.

The Briton has complained that the bike is harder to stop and harder to turn, and on new tyres “we can’t accelerate” due to a lack of traction. Crutchlow has previously aired his dislike of Michelin’s new rear tyre for 2020, but doesn’t believe this is the main issue – it’s more that the Honda doesn’t work well with the tyre.

Explaining his problems on the bike, Crutchlow said: “I feel that maybe I’m not riding the best I’ve ever ridden, but that doesn’t mean I’m not trying. But if I’m riding at 90%, with a good bike that should still be in the top eight, then if I can drag more out of the feeling [of the bike], then I ride it at 95% maybe and that’s top six.

“[If I] ride it at 100%, it’s a podium. And I feel that I am riding maybe 90-95%. I can’t do any more than what I can do with the package underneath me. We’re going round in circles with it. We can try the bike in 15 different positions and we can see on the data the bike does exactly the same thing.

“That’s always been an area where I’m strong, but we literally cannot open the throttle with this bike.”

He went on: “I don’t think it’s the tyres because everybody else has better grip with these tyres than the previous years. I think our bike is not working with this tyre for some reason, but we can’t understand why.”

Crutchlow’s struggles come as teammate Takaaki Nakagami on the year-old Honda scored his first front row in second at the Styrian GP and is a threat for the podium.

But Crutchlow believes Nakagami has been quicker on the Honda this season because his bike is more “refined” than the 2020 version.

MotoGP on TV today – How can I watch the Styrian Grand Prix?