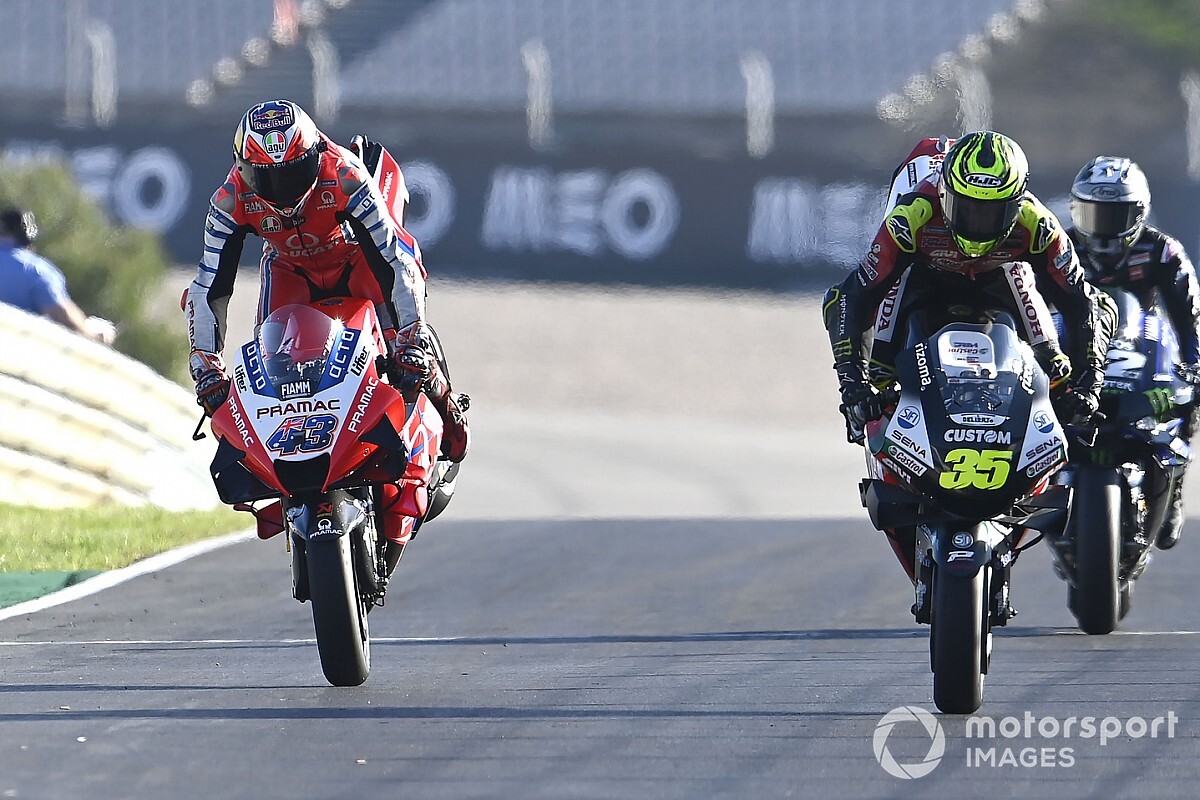 Cal Crutchlow says it was “important to see the flag” in his emotional farewell MotoGP race, but was disappointed with the result in the Portuguese Grand Prix.

The LCR Honda rider made his final appearance as a full-time MotoGP racer on Sunday at the Algarve Circuit before taking on a new role as Yamaha’s official test rider in 2021.

The three-time grand prix winner started from fourth and was fastest in the morning warm-up session before running in his qualifying position in the early staged. Crutchlow soon got involved in a battle with KTM’s Pol Espargaro, with several mistakes and a big tyre drop-off ultimately leaving him in 13th at the chequered flag.

“It is emotional to stop,” he said. “I gave my all in the race and that’s all I can ask of myself, as always. First of all, if we’re talking about the race, I’m disappointed with the result because I was in a good position, I felt like I could have held a good position.

“But I had a real big rear tyre drop, maybe with the electronics and the mapping at the start of the race I was probably using a little too less traction control. Evidently, I continued to fight and I flew off the track at 300km/h a few times into Turn 1. I never gave up, I went for it and that’s the way it goes.”

He added: “Problem was I couldn’t do anymore. I was trying my best, I was still going for it. I wanted to finish my last race and that was another thing. It was important to see the flag.

Though emotional at leaving racing behind, Crutchlow admits he is happy it is all over and was glad to end his career fighting “some of the best guys in the world”.

“Overall, I’m happy to finish. I’m done,” he said. “It was nice to go out and have a battle in the race and fight with some of the best guys in the world.

“The guys I was battling with have won races this year, been on the podium many times.”