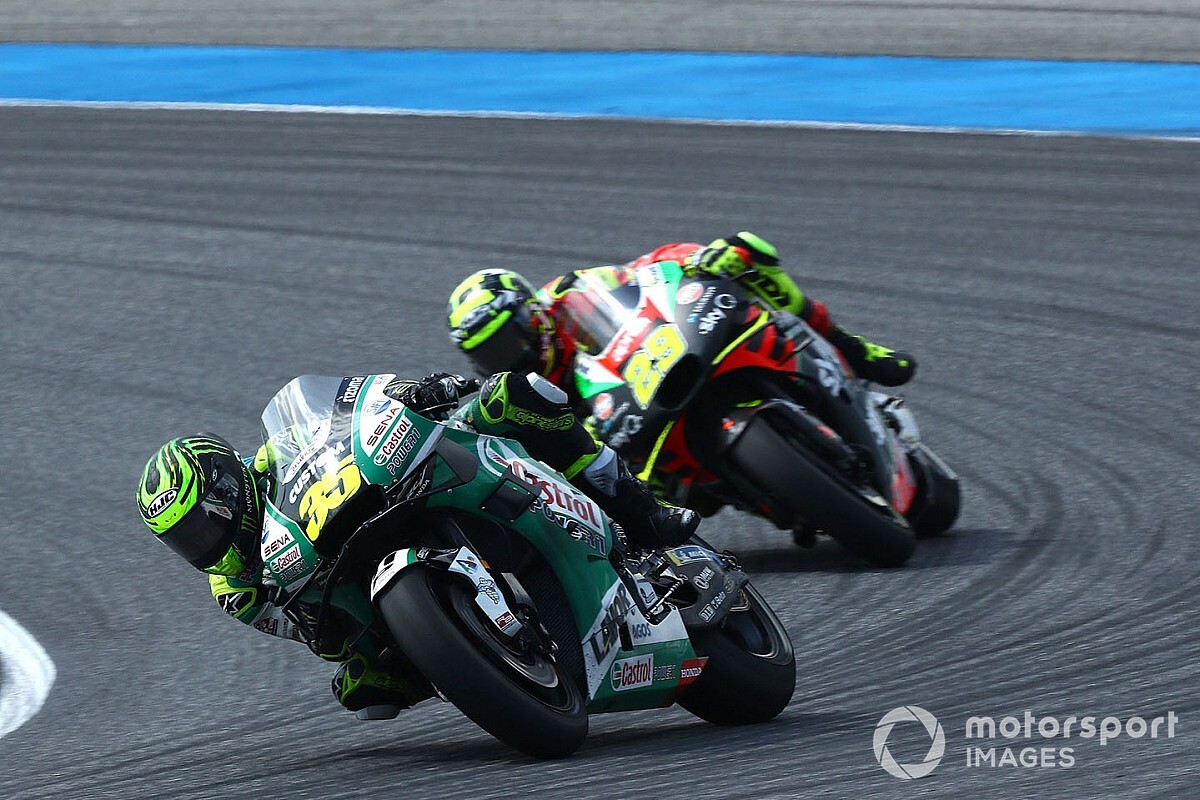 Outgoing LCR Honda MotoGP rider Cal Crutchlow says a move to Aprilia in 2021 would be “a great deal for me” and would “excite” him.

Honda confirmed on Monday that it has signed Pol Espargaro to its factory team for 2021, with Alex Marquez being moved to LCR in place of Crutchlow.

Crutchlow revealed he knew of his impending Honda exit “for three months” and has been in contact with other teams about 2021 options since the end of last year.

With Andrea Iannone’s MotoGP future uncertain while he awaits to see if his 18-month doping ban will be overturned, Crutchlow has been linked to a move to Aprilia next year partnering Aleix Espargaro.

Commenting on those rumours in a Zoom debrief on Monday, the three-time MotoGP race winner said: “I think that if the opportunity arises that I can go and ride for Aprilia, it would be a great deal for me. I think it’s something that would excite me. It’s an interesting project.

“I think to put that bike on the podium and try and do a good job with it and try and develop it even more would be something I’d be very good at with the speed that I have. People need to remember that the last time I finished a race, I finished on the podium [next] to Marc Marquez in Australia.

“I didn’t lose the speed, and I feel good, I feel competitive, motivated and determined to continue, maybe now more than ever. I would say there’s a great opportunity that I will be racing in MotoGP next year with a great team, and it’s something that I’d want to do.”

Crutchlow called Aprilia’s work with its radical new RS-GP over the winter “amazing” and believes his experience would bring the project forward even more.

Ducati also has a bike free at its works outfit at the moment, as talks with Andrea Dovizioso have stalled again.

When asked by Motorsport.com if returning to Ducati – with whom he raced in 2014 – was an option, Crutchlow said: “My relationship with Ducati was fantastic, probably one of the best I’ve had with any team ever. I speak to Davide [Tardozzi, team manager], Paolo [Ciabatti, sporting director] on a monthly basis anyway, Davide on a weekly basis no matter what’s going on in the world.

“But, at the end of the day, I know their plan and it’s to wait. And that suits me better as well. So, of course, I’d be able to go back to Ducati.