Cadalora: Working for Rossi the realisation of a "dream"

After a year of working together, Valentino Rossi and Luca Cadalora have taken a very positive view of their partnership, which will continue in 2017.

It was in an official testing at Phillip Island in February 2016 when the MotoGP world rediscovered former 125cc and 250cc world champion Cadalora.

Then, Rossi just said he was doing a kind of experiment with Cadalora, in order to test if the 53-year-old could help by watching him and other riders from the service road while riding.

Former 250cc grand prix winner Wilco Zeelenberg used to do the same job for Jorge Lorenzo on the other side of the Yamaha garage, and Randy Mamola has become an expert for the large number of riders he has done that job for.

After a few days working together Rossi hired Cadalora, who started to wear the 'coach' cap as he became part of Rossi’s inner circle.

Despite being nowhere near the fight for the world title against Marquez, last season we saw Rossi more determined than ever, and the Italian eventually won two grands prix (Jerez and Barcelona).

In a very different season from 2015, when Rossi fought for the title until the last race; the Italian came back full of motivation again in 2016, even if many doubted the Italian would be able to do it again. Cadalora was a big part of that.

“The result of working with Luca has been very positive, both from the human and from the strictly professional points of view," Rossi told Motorsport.com.

"First it was a gamble, I wanted to test, and then I realised that it's very important to have someone as experienced as he is behind you."

If having Cadalora’s eyes on him seems to be a good help for Rossi, for the former world champion from Modena the chance of telling the Yamaha rider his opinion becomes an honour.

“I like this job a lot, as it makes me part of the action like if I was still riding motorcycles," said Cadalora. "We usually talk and exchange opinions. I’m always at the technical briefings and that helps too.

"Valentino doesn’t need me to tell him what to do; I just give him my point of view. Then he manages all the info and decides to use it or not.

“It used to be an impossible dream for me when I was racing: to watch myself riding from the outside, and that’s what I do now for Rossi,” concluded the Italian analyst. 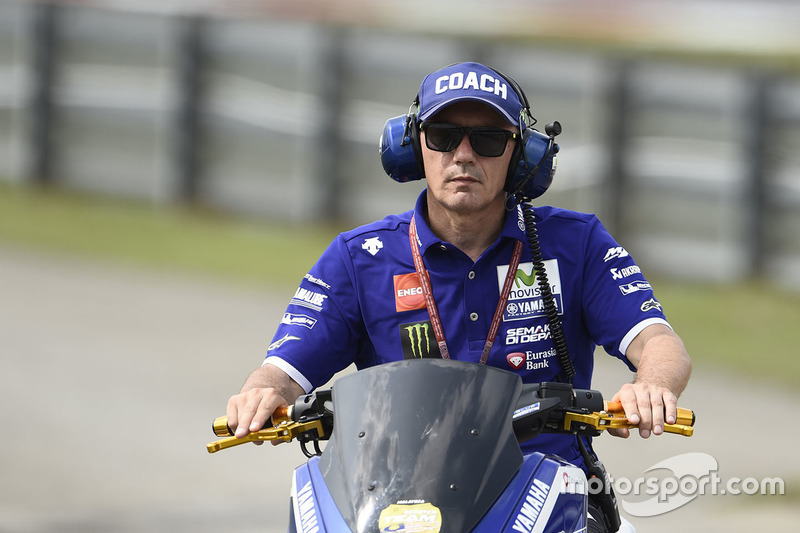