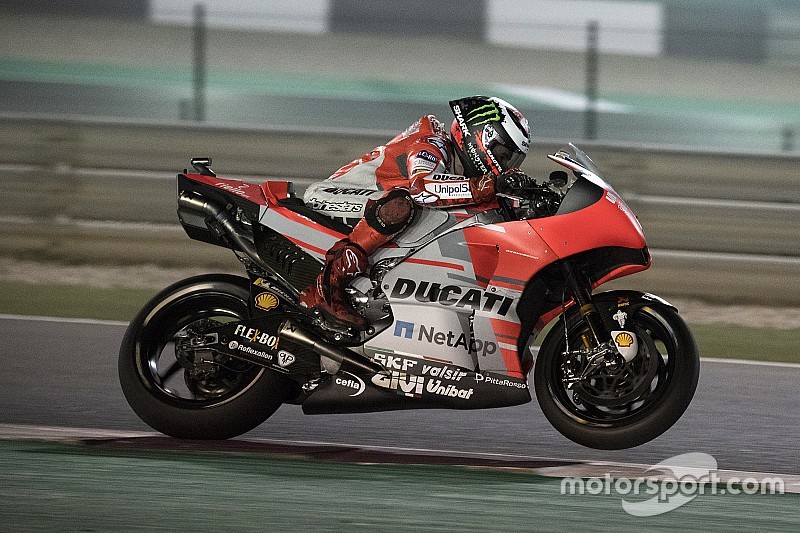 MotoGP brake supplier Brembo says it has "identified and resolved" the problem that caused Jorge Lorenzo to crash out of last month's season opener in Qatar.

Ducati rider Lorenzo was forced to dismount his bike at Turn 4 on the 12th lap of the Qatar race while running 10th, and said he was "really lucky" the incident didn't leave him with serious injuries.

While not revealing the exact nature of the issue, Brembo issued a brief statement on Wednesday saying the issue had been rectified ahead of this weekend's second round at Termas de Rio Hondo.

"Regarding what happened to Ducati Team rider Jorge Lorenzo during the Grand Prix of Qatar, Brembo is very disappointed that the rider's retirement on the 12th lap of the race was caused by a problem related to the braking system," read the statement.

"After careful analysis by our technicians we confirm that the problem has been identified and resolved so that such an anomaly cannot occur again."

Lorenzo: Starts no longer a "strong point" with new Ducati