Bradl spent three years with LCR Honda in MotoGP, though hasn’t raced in the series full-time since losing his ride with Aprilia at the end of ’16.

Taking up a role as Honda’s official test rider last year, Bradl has been a key figure in the RC213V's recent development.

During the Czech Grand Prix weekend Crutchlow praised Bradl’s work as a test rider, but added that he wasn’t good enough to have a full-time ride in MotoGP.

“I think Stefan's doing a good job, I think the riding he's doing with the bike is fast, he's able to test well and give the information,” Crutchlow said at Brno. “He's also a special rider as well.

When asked if he should have a race ride, he added: “No. He's not that good. He's good as a test rider. If he was good enough to be a race rider he'd be in a full-time job.”

Bradl – who finished 15th at Brno deputising for the injured Jorge Lorenzo – responded to Crutchlow’s comments, blasting them as unhelpful.

“He says a lot of things and it’s not always productive, for himself even,” said Bradl. “I don’t care much about this. I work with Marc [Marquez] mainly, and our relationship is very good.”

Bradl had "too much" to test at Brno

Bradl came to Brno for his third MotoGP appearance of the year straight from taking part in the Suzuka 8 Hours, in which he helped Honda to a third-place finish.

He admits adapting from the Honda Superbike to the RC213V at Brno felt “really strange”.

Bradl was due to race at Brno with the HRC test team before being drafted in by the factory squad to fill in for Lorenzo, and had a test programme to carry out during the weekend.

However, he believes the amount he had to test was too much, and is looking to formulate a better plan for the Austrian race in a bid to produce better results.

He said: “In FP1 I was a bit lost, it took me a bit to get the feeling back, and all these test items we had to work on – in my opinion – it was a bit too much [to do] to be ready for the race.

“In any case, in HRC they know the work I have to do and they were happy with my performance.

“I know I can do better and my performance is faster than I could show. But the circumstances were tricky for me to show my potential.

“I need to speak to the guys to have a proper plan for the [Austria] race weekend. We had a bit too much to do [at Brno] in my opinion.

"It’s the point of a test rider, but when you race for this team you want to get some results and it’s good for them to have a test rider with a lot of motivation and fighting spirit.” 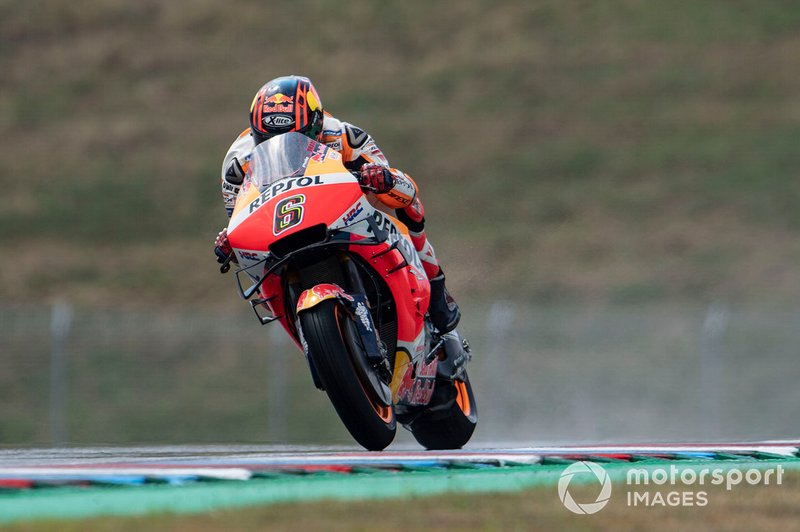