KTM’s Brad Binder will have to serve a long lap penalty in the European Grand Prix for colliding with Jack Miller on the first lap of the MotoGP Teruel GP.

Binder and Pramac Ducati rider Miller were coming through from the fifth row of the grid in Sunday’s Aragon race when the former clattered into the rear of the Australian.

Both were taken down in the incident, but escaped uninjured.

The incident was put under investigation, with the FIM MotoGP Stewards Panel issuing a long lap penalty to Binder to be served during the European GP at Valencia on 8 November.

For his part, Binder apologised to Miller for the incident and explains he didn’t "take into account" the field would be as bunched up.

“I got quite an OK start, got up on the inside of Turn 1 and when I changed direction at Turn 2 I was coming into the corner like it was a regular lap and not taking into account that of course it was a bit bunched up,” Binder said.

“Big mistake on my behalf and really sorry to wipe Jack out at the same time.

“But what can you do? It’s over now and sorry to everyone at Pramac and Jack for messing up their race.”

Both riders embraced in the gravel immediately after the incident, with Miller holding nothing against Binder for something he’s also done in the past.

“I saw Brad and I was like ‘what the fuck Brad?’ I got my helmet off as we were walking out the gravel and I said ‘what happened’, and he said ‘I don’t know, man, I’m sorry’.

“I said ‘don’t worry about it’. That’s racing sometimes, especially here where it’s so tight in this corner as well.

“I asked him what happened but he probably didn’t know what happened. When I watched back it just seemed like he approached the group with speed and I was just the unlucky one there. 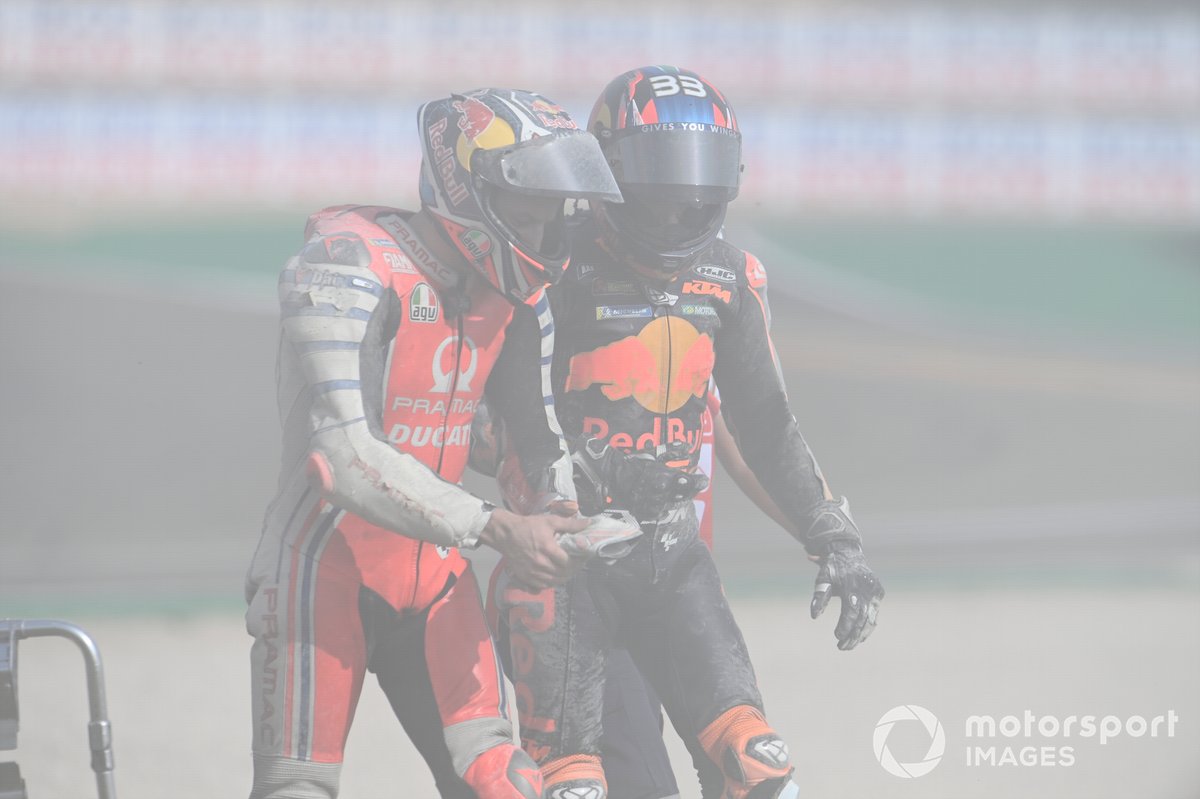