Binder admits he has "thrown away" big results in 2020 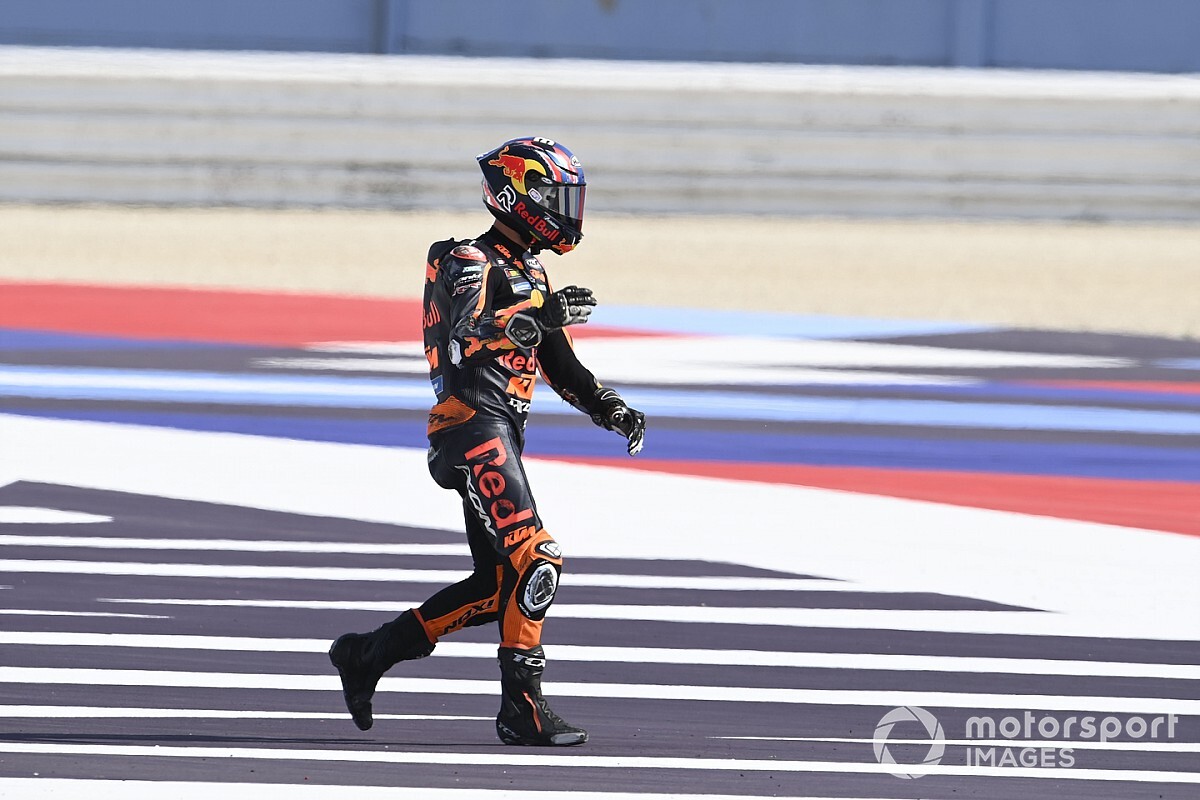 KTM's Brad Binder says he's not happy with the number of mistakes he has made in his rookie MotoGP season and believes he has "missed a lot" of points-scoring opportunities.

The 2016 Moto3 world champion has had an impressive rookie season so far in MotoGP, which included a maiden victory in August at the Czech Grand Prix.

However, he has made several errors in races where he has shown podium pace, including the Spanish and Styrian GPs when he ran off track, and the second Misano race when he crashed while running in third.

When asked to rate his season at the halfway stage, Binder said these mistakes had been out of character but took solace from showing his pace.

"The main thing that I'm not happy with from my season so far is the amount of mistakes I've made," Binder said at Catalunya.

"I'm not a rider that normally makes too many mistakes, especially in the races.

"Normally I can up my game, but always keep it clean, whereas this season I've made a lot of mistakes; going off track, running wide, going through the gravel.

"[At Misano], I felt really, really good, but just pushed it a bit too far and fell off on the third lap.

"I feel like I've missed a lot of opportunities to get a lot of really good points scoring positions and I could have been strong in races where I've thrown it away.

"That's, I think, my most difficult part about my MotoGP season so far.

"But the positive thing is the speed is there. If I didn't mess up in a lot of these races, the results would have been positive."

With just eight races under his belt as a MotoGP rider, Binder said he hasn't yet had the opportunity to really assess his strongest points on the RC16.

"At the moment, I haven't really gotten the opportunity to understand what my strongest point is as a rider in the races," he said.

"But I'd say if I chose anything, I'm quite good on the brakes and I can overtake people quite well, which I think is my strong point.

"In the box I'd say I always try to get the most I possibly can out of the bike obviously, but also very often I have a very clear idea of what I need and as soon as we find it, I'm able to up game."

Leopard in talks to move up to MotoGP in 2022