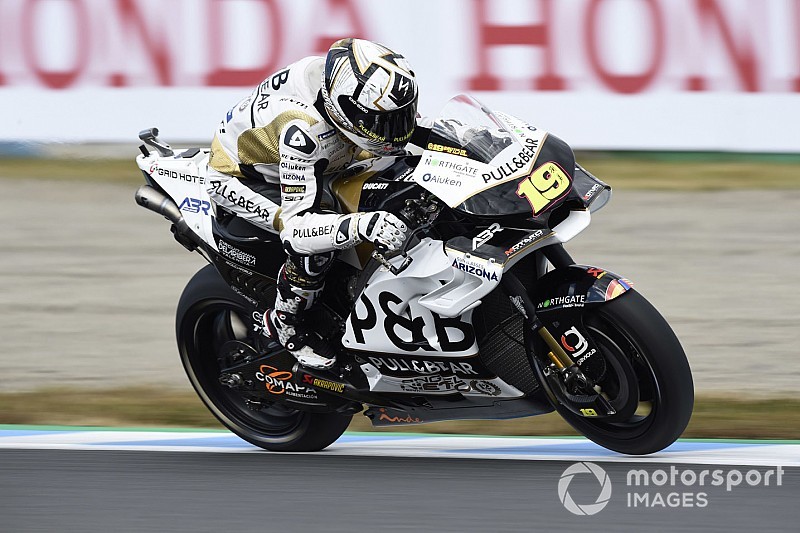 Alvaro Bautista will take the injured Jorge Lorenzo's place at the factory Ducati team in MotoGP's upcoming Australian Grand Prix, it has been confirmed.

Lorenzo had a big shunt in Thailand, forcing him to miss that race, and also pulled out at Motegi after completing one lap and testing his condition on Friday.

On both occasions Ducati was left with Andrea Dovizioso as its only factory rider, putting the team at a disadvantage against Repsol Honda in the teams' championship.

However, with Lorenzo pessimistic about his chances of recovering in one week for Phillip Island, Ducati chose Bautista to take his spot.

Bautista, riding for the Angel Nieto team this year but leaving MotoGP at the end of 2018, has been in the series since 2010 and riding a Ducati for the past two years.

Motorsport.com has learned that Mike Jones will be Bautista's replacement, the Australian entering his home grand prix for the second time in his career.

Jones also filled in for Hector Barbera two years ago when the Spaniard had to replace injured factory Ducati rider Andrea Iannone at Motegi and Phillip Island, and scored a point on home soil.

The 24-year-old Australian is a regular in the Spanish Superstock 1000 series this year, and was a champion of the Australian Superbike championship in 2015.

Dovizioso: Marquez did "something special" in Motegi race