Bautista: I can’t do more to prove I belong in MotoGP 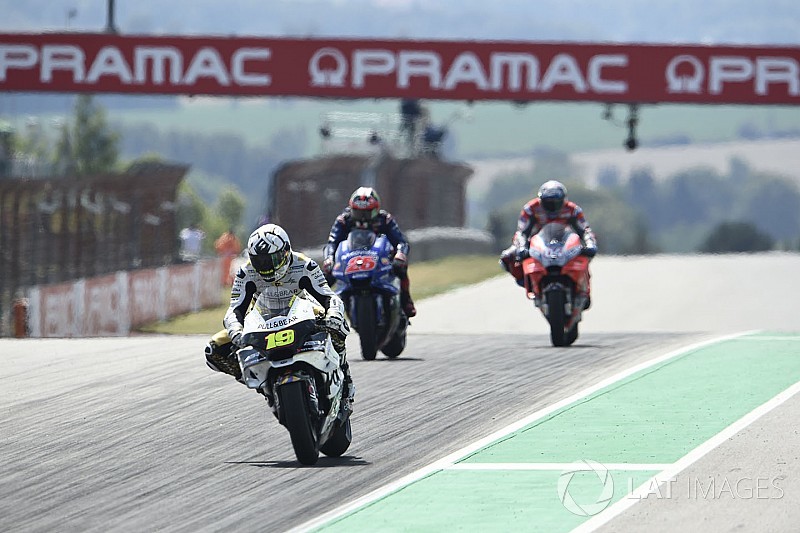 Alvaro Bautista says he doesn’t know what more he has to do to prove he deserves to stay in MotoGP amid growing signs he is set to exit the championship.

It comes amid a time of uncertainty for Bautista, whose Nieto team is in effect being replaced by the new SIC Yamaha satellite operation for 2019.

The Spaniard was one of two main contenders for the second available seat at the Malaysian-owned squad, along with Moto2 race winner Fabio Quartararo.

But it appears the French youngster is now the more likely candidate to land the seat that had been offered to Dani Pedrosa, and be named as Franco Morbidelli's teammate.

There is one more ride available on the 2019 grid at the Avintia Ducati squad, with Xavier Simeon's place there in danger, but the well-financed Karel Abraham is best-placed to seal that ride.

“I don’t think it will work,” said Bautista, who has been linked to a World Superbike move should he not remain in MotoGP.

“The decision is not mine and I don’t know what more I can do. Win a race?

“I don’t have to prove anything. I work the same as always, not because I’m in danger of being left without a ride. It doesn’t depend on me, it doesn’t make me angry."

Bautista’s fifth place finish in Germany marks his fifth top-10 finish in the last six races, after a dismal opening three rounds of the 2018 campaign that yielded only four points.

The 33-year-old explained that it took him until May’s Jerez race to get comfortable on his year-old Ducati after missing both the Valencia and Jerez tests last year after crashing at the former venue.

“I missed the Valencia test and the Jerez test, we started in Sepang so we were late [starting testing],” recalled Bautista. “We were stuck with the settings Ducati gave us.

“In the first three races I struggled a lot but in Jerez we changed the bike [totally] and everything worked. It seems like another rider racing for me, it’s incredible.

“I start to feel much better with the bike, the bike starts to go in the same direction as me. [I'm gaining] more confidence race by race and in the end we are arriving at the top.”