Bagnaia crashed out of last year's European GP at the Ricardo Tormo circuit having qualified 17th, while he faded to 11th from eighth on the grid in the following Valencia GP.

This followed a trend of poor form at the Spanish venue throughout the 2021 MotoGP championship runner-up's grand prix career, with a broken collarbone forcing him out of the 2019 edition.

But Bagnaia ended Friday's mixed running third overall and just 0.068 seconds off the pace, leading him to declare it "my best Friday ever in Valencia".

"Yeah, I'm happy because I think it's my best Friday ever in Valencia," Bagnaia said.

"We managed to try different things and we already know the way to work for the next days. And I feel great, so I feel very happy.

"I started well with the feeling, with the bike and with the grip. So, compared to last year it's totally another world.

"But it's not the first occasion that I feel better and stronger, so maybe it's because I started working better, maybe because I feel better with everything. So, I feel like I'm strong here for the first time." 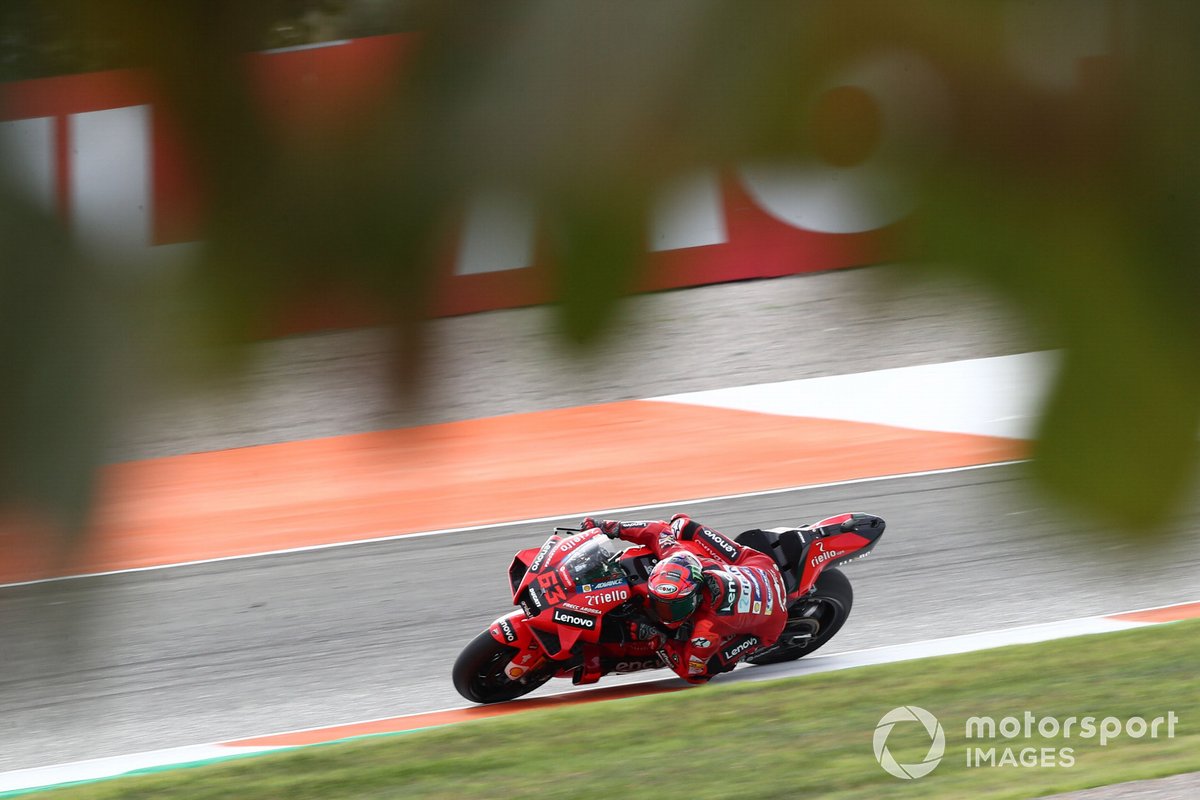 Bagnaia's teammate Jack Miller topped Friday's running by 0.012s on the sister factory team Ducati, but had an embarrassing crash in FP1 when he slid off his bike having run wide at Turn 1 onto the painted run-off area.

Explaining the crash, Miller said: "I had no chance at all. I went in there a little bit hot.

"I felt good, I went in there a little bit hot. I thought 'you know what, it's FP1, just run a little bit wide, it will be ok'.

"I didn't want to force it and maybe have the chance of crashing at Turn 1.

"So, I thought I'll run onto the painted shit, I was not too leaned over so I didn't think it was too bad.

"But as soon as I hit that stuff it was like I hit ice.

"I don't know if it was the paint or if there was a lot of standing water on it, because you can't really see anything, there's no depth perception over those white and orange lines.

"But it definitely caught me off guard."