Ducati’s Francesco Bagnaia is “frustrated” by the Emilia Romagna Grand Prix crash that ended his MotoGP title hopes, but admits his race “was either win or gravel”.

Bagnaia trailed Yamaha's Fabio Quartararo by 52 points coming into this weekend's Misano race and only needed to be outscored by three for the championship to go to Quartararo.

The Ducati rider led for the first 22 of 27 laps on Sunday from pole and was on course to keep the championship rolling to Portugal, as Quartararo's recovery from 15th on the grid was set to end with fifth.

Bagnaia joined Ducati teammate Jack Miller in making a late change to the hard front tyre, which both admitted was a gamble in the cooler conditions but one that was working.

However, it would ultimately lead to both riders crashing out of the race at the penultimate corner.

"This for sure was not that because I lost concentration," Bagnaia said of his title-ending crash.

"I was pushing, today was either winning or gravel, and I tried all to achieve this win and I crashed.

"The tyre choice was, I think, good because this was the only one that was helping me on the braking and the medium for me was worse than the soft.

"Soft was already on the limit yesterday and this morning, so the hard was the correct choice.

"The only thing was that you just needed to push every single lap like hell, to get the tyre hot, so this lap maybe I braked a little early in Turn 8 and, nothing. 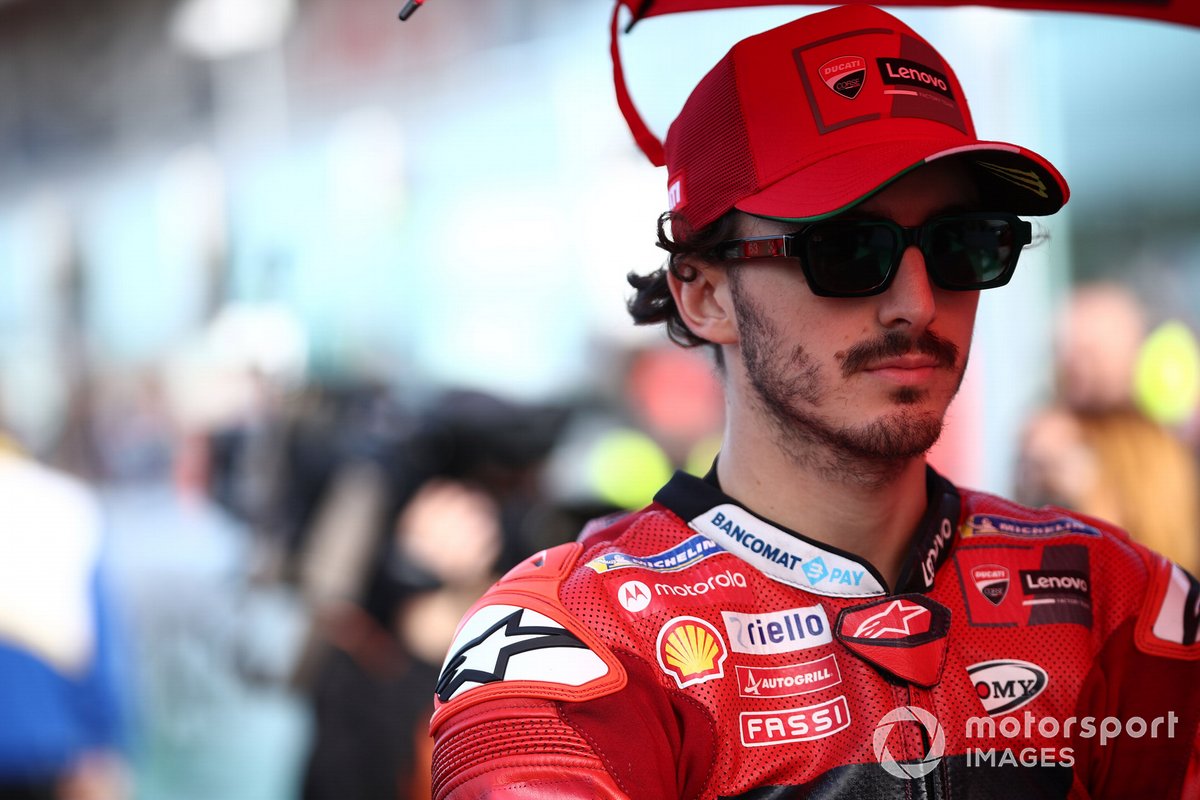 "What I just want to say is that we're working a lot. It was difficult this weekend. The pace was stronger than five weeks ago [when I won the San Marino GP at Misano].

"So, we have to be happy about this. But for sure we are frustrated in this moment.

"But it's something that we have to be happy with because today we demonstrated that we were on top again."

Bagnaia was one of the first to congratulate Quartararo in pitlane after the Yamaha rider won the title and says he was "more deserving" of the championship.

"I'm happy about my performance of today. For sure I'm a bit frustrated about the result because I think that we were deserving more but we just try to be always more competitive and for the next year we are for sure in a good way," Bagnaia added.

"And I told just to Fabio that he deserved this title.

"For sure he was he was the one that was more deserving this title, so I'm happy for him and last year he was in my situation because was the first time he was winning like this and he committed errors in the last part of the season.

"I'm in this situation now this year and for the next year I think we will come back more prepared."