Bagnaia was “terrified” of crashing out again in Assen MotoGP race

Ducati’s Francesco Bagnaia admits he was “terrified” of crashing out of MotoGP victory at the Dutch Grand Prix following his recent back-to-back DNFs.

Bagnaia’s championship hopes were dealt a small boost on Sunday at Assen when he stormed to victory from pole position, while points leader Fabio Quartararo crashed out and made contact with Aprilia’s Aleix Espargaro early on.

This allowed Bagnaia to reduce his points deficit to 66, after it stood at 91 ahead of Assen following back-to-back crashes in Barcelona and Germany.

Because of his recent run of retirements, Bagnaia admits the light rain that fell in latter stages of the Dutch GP made his scared of suffering another crash.

“Was scary, really scary,” Bagnaia said of the late rainfall.

“When I looked at the big screen, I just saw the screen one time, I was seeing Aleix on the gravel and a blue bike there.

“So, I imagined it was Fabio with Aleix, so for sure we had a bit of luck.

“But then I just said ‘ok, I can be more relaxed, I can do my race with more calm’. But looking at the gap with [Marco] Bezzecchi, he was always catching.

“So, I had to push again, I had to open this gap again to be smarter and more calm again later in the race.

“But then the rain came. When I saw the rain I just slowed down a bit, but Bezzecchi was pushing again.

“So, it was very difficult. I was terrified to crash again, so the main thing was to finish the race. It wasn’t easy, but I tried to be smart, I tried to not push over the limit.” 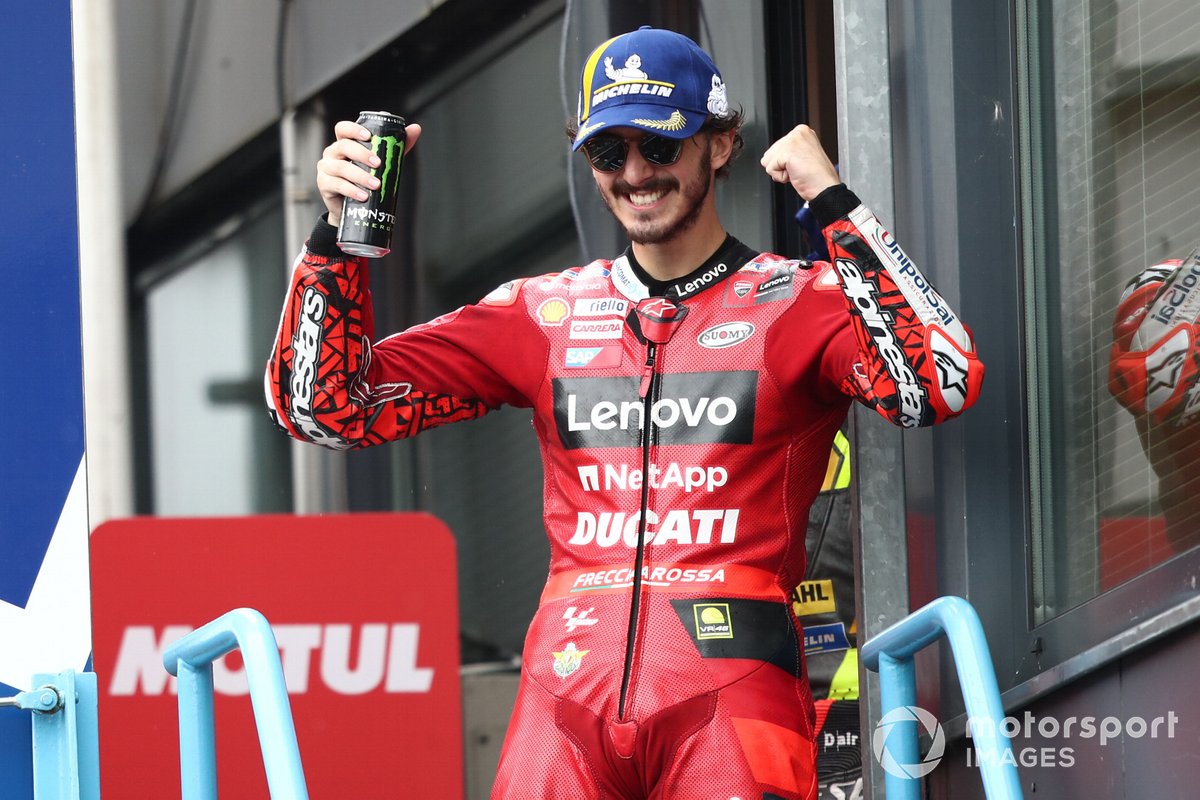 Bagnaia explained that he initially lost time to the chasing Bezzecchi when the rain started to fall because he thought the track was wetter than it actually was, and was thrown off by water droplets flicking onto the inside of his Ducati’s screen when he removed a visor tear-off.

“My problem was that I saw the rain and I was thinking it was more slippery than what it was in reality,” he added.

“The problem is when it’s raining, and when it’s light rain, and you have the tear off, the rain comes from the tear off onto your screen.

“You start to not see things clearly, so I just removed the tear off and I lost like six tenths, five tenths.

“I lost a lot of time, and he [Bezzecchi] was catching me like it was not raining.

“I was pushing without pushing because when it's raining you can’t hit the corners like normal. But I found a way to ride and it was ok.”