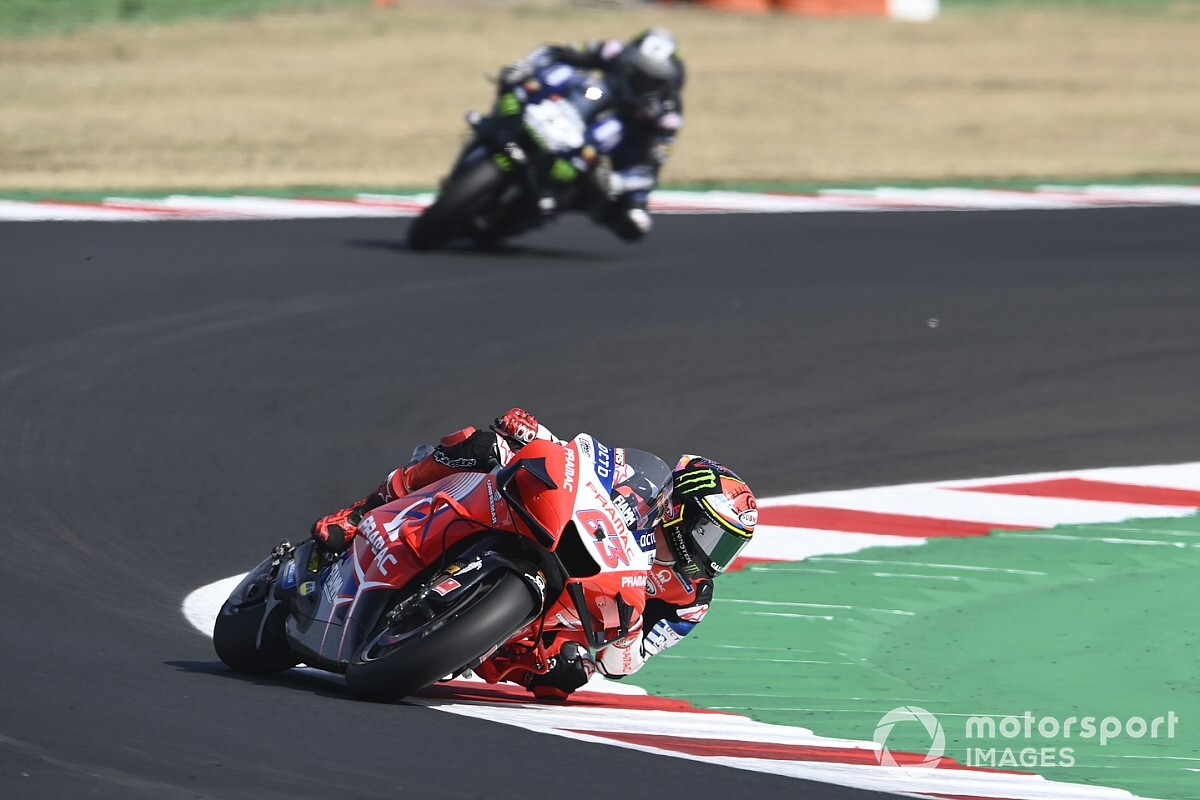 Francesco Bagnaia thinks MotoGP should implement new rules on where riders are allowed to deposit visor tear-offs after Pramac teammate Jack Miller's race was ended by one at Misano.

Miller's Ducati sucked in a discarded tear-off from Fabio Quartararo on the second lap of last Sunday's Emilia Romagna Grand Prix, which led to his retirement on lap eight of 27 as the piece of plastic chocked the air filter.

Bagnaia attributed his crash from the lead of the race on lap 21 to potentially running over a tear-off, though data since has shown he simply pushed the front tyre a little too hard.

But the Italian thinks something has to be done to stop a repeat of Miller's misfortune, as Bagnaia considers a rider being taken out of a race because of a tear-off "not possible".

"It's a thing I would like to discuss in the Safety Commission tomorrow because I think it's not normal – not for my crash, because we don't know if it was a tear-off – but for what happened to Jack," he said when asked about tear-offs.

"I think it's not normal that someone loses a race like this.

"So, I think the marshals have to clean the track every lap every time they see one tear-off on the ground, because you can't lose a race like this."

Expanding on this, Bagnaia thinks MotoGP should look into setting up dedicated zones where tear-offs can be dropped in order to allow the marshals to safely remove them off track.

"I think it's not possible to clean every time during qualifying or practice, it's impossible because there are riders on all parts of the circuit," he added.

"But maybe for the race it's important to make a law that says you can put down a tear-off just in a part of a circuit.

"So, Misano after Turn 6, like in a straight. Because like this, the marshals can clean it better and they know that it's just one part of the circuit.

"But I don't know for sure, will be important to speak about this because Jack was not fast [enough] to win the race [at Misano] but was for arriving in the top seven and he's fighting for the championship.

"So, it's not possible he has a zero in the championship for this reason."