Francesco Bagnaia says “confidence” in his Ducati caused the mistake which cost him a podium shot in the MotoGP Doha Grand Prix, admitting it was “unacceptable” as a factory rider.

Bagnaia made a shocking start from sixth on the grid after his holeshot device didn’t work, dropping down to 11th by the end of the first lap of last Sunday’s second Qatar outing.

He was able to charge forward again back into the podium places by lap 13, but ran wide at the first corner four tours later, which dropped him from third to seventh.

Bagnaia would advance forward one spot by the chequered flag, while both Pramac Ducatis finished second and third – Johann Zarco ahead of rookie sensation Jorge Martin. 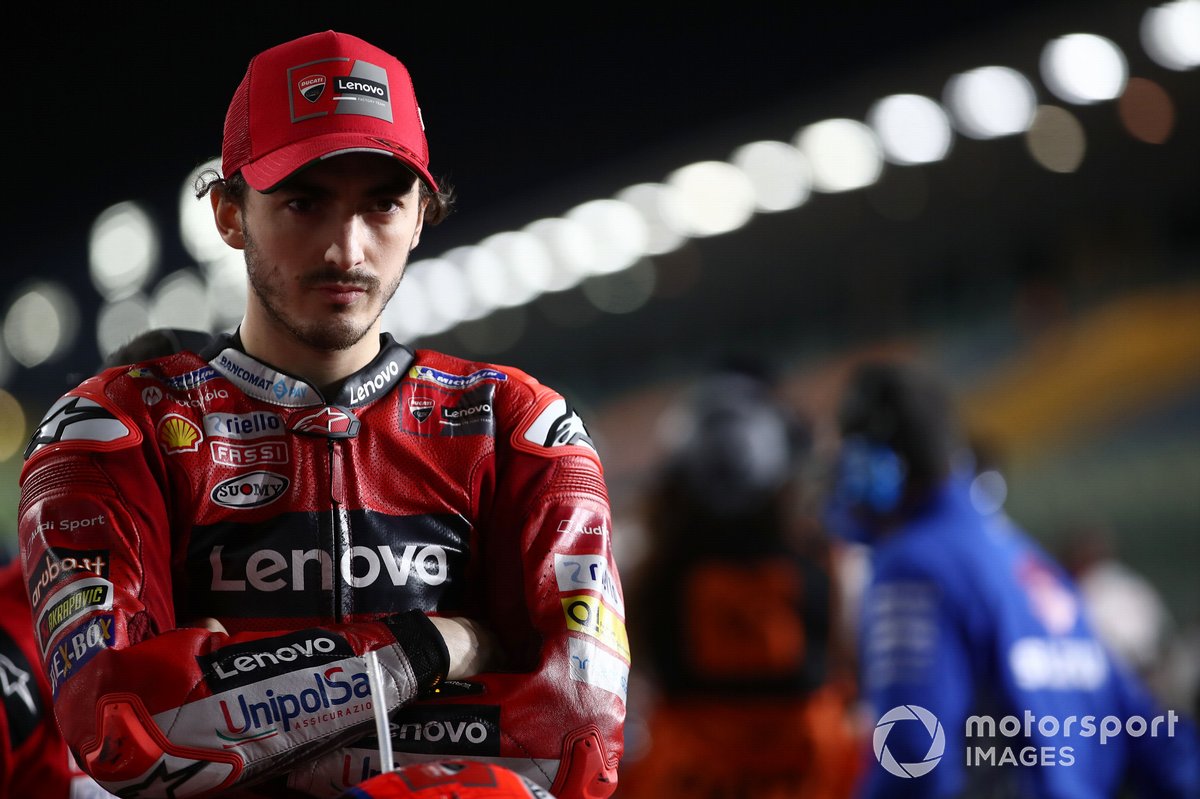 When asked why he struggled on his factory team Ducati compared to the Pramac riders, Bagnaia said: “I just struggled more because I was starting sixth, but my start device didn’t work well.

“I wasn’t able to put it in, so I started bad and I was in 12th position I think on the first lap and then I started to recover.

“My pace was really, really strong, so I think I was able to manage a great, great pace and I recovered a lot of positions.

“But this confidence with the bike also made me make an error in Turn 1.

“So, I have to learn, I have to improve on the tyre because in a factory team this kind of error is unacceptable. Without this error, for sure I was fighting for the top position.

"Today I didn’t struggle more than the Pramacs I think. It’s just the result is not in the same line as my riding style I think.”

Factory teammate Jack Miller finished ninth for the second race in a row, having had an eventful race which featured a controversial clash with Suzuki’s Joan Mir.

Miller’s race faded in the final four laps when he was struck by an arm pump issue, which he says he will look at having operated on ahead of next weekend’s Portuguese GP.

“I stopped being able to sort of hang off the side and open the throttle, I couldn't really turn the throttle that well, so I had to sort of sit on top of the bike a little bit more, so not ideal,” he said.

“Most likely, we'll try and get something sorted if we're going to do it [surgery], it needs to be done ASAP so we actually have a quick turnaround.

“But yeah, I don't want to have another race like that, I mean I felt fantastic right up until the last four laps and then I couldn't really feel the front brake lever any more.

“It's something that normally I get maybe in the beginning of the season and then sort of works its way out as you know once testing is done and everything like that, but the way I think everything's going we don't have time.”